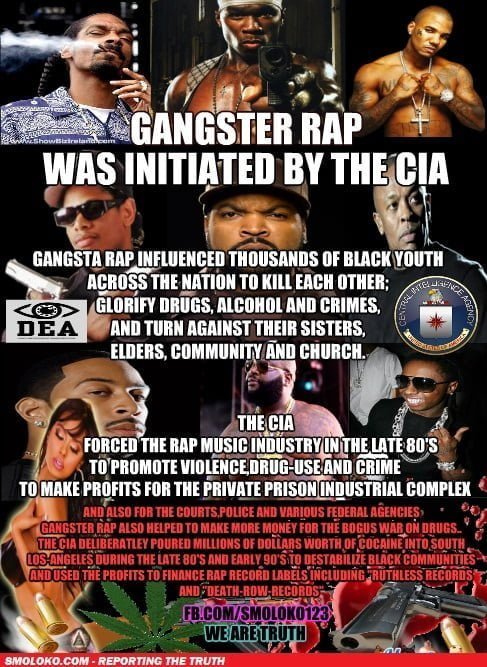 During the late-1980s and 1990s, the Illuminati took a new approach to destroying the lives of millions of Americans. For decades, the order used sexual promiscuity and narcotics to ruin people, but it needed something else, something that would be equally if not more damaging. That turned out to be street violence, which would be achieved through brainwashing. The secret order had already been influencing black youths through hip hop and decided to slightly alter the genre to encourage barbaric and tribal behavior. As a result, gangsta rap was born and it quickly became one of NWO’s most successful mind-control projects.

Promoting violence and other criminal actions, gangsta rap became a cultural phenomenon that invaded black society. Artists such as Tupac Shakur, Biggie Smalls, and Dr. Dre glamorized the basest tribal behaviors. These included forming street gangs, following a leader, fighting in wars, and objectifying women. In exchange for their cooperation, these Illuminati artists were granted fame and fortune. For those who were fans, all they got was broken dreams and incarceration.

Symbolism is also readily apparent in gangsta rap albums. Just check out Dr. Dre’s group, NWA, which bears a similar resemblance to NWO. Another famous example is Tupac’s “The Don Killuminati” album, and let’s not forget how many artists sport clothing that boast pyramids and the Eye of Providence. The Illuminati leaves its trademark everywhere it goes. Everything the order does is done for Satan, and praise to the unholy one must be given through symbols.

Creating gangsta rap arose from many motives. First of all, the Illuminati holds extremely racist views and believes that the world’s population should constitute a certain genetic profile. This doesn’t mean that it wants humanity only to consist of blue eyed-blonde caucasians. It does indicate that the races will fall into some kind of caste hierarchy once the order takes control. We aren’t really sure what that will be yet. One race will be at the top, while the others will occupy the lower rungs. The leadership will likely be more diverse to maintain coercion.

Second, the Illuminati needs a police state to subdue the population and destroy any resistance, and the way to achieve it is by convincing people that tougher and better armed cops are necessary. By elevating crimes to crisis levels, the order achieves this. Americans more or less feel relief at the sight of SWAT teams taking down drug lords and gang members. Even when gross abuses occur, the people do not want their police to be defunded or subjected to reforms out of fear that “gangstas” will rule the streets.

Lastly, the order wants to intensify racial hatred throughout the world, and the genre does it very well. Today, blacks face overwhelming stereotypes because too many people see them as violent thugs that belong in prison. Gangsta rap is the primary cause of this. Even those who don’t listen to it know about its content and end up believing that all blacks act that way. Journalists further exacerbate this by focusing on crime when reporting on black communities.

How can this scourge be overcome? To do so would be extremely difficult. Blacks in America have been the Illuminati’s guinea pigs for far too long. They were used to evaluate syphilis at Tuskegee and served as the primary subjects to see the effects of crack on a large scale. Brainwashing them to adopt a culture of violence was the next logical step. Just remember that the Illuminati had its reasons for introducing such a vile genre into the mainstream. Increasing police, encouraging racism, and instigating tribal violence were just some of them.

Remember, brainwashing works and is everywhere. Check your beliefs and you will also see. 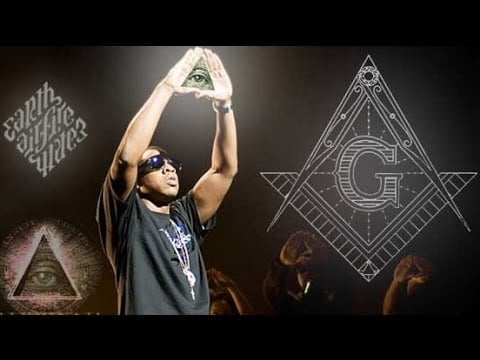