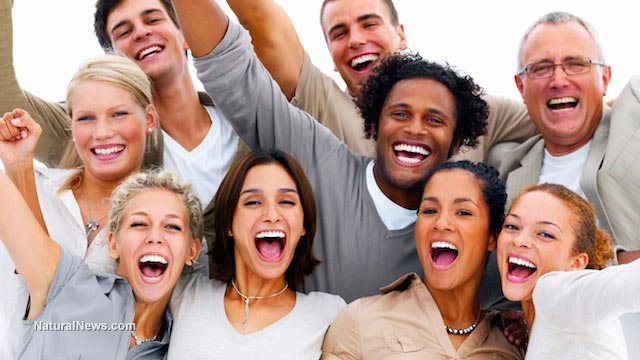 Americans are growing increasingly wary of the health dangers associated with vaccines, and the numbers show that many adults are simply choosing not to take the risk and forgoing certain vaccinations altogether.

A CDC report entitled “Surveillance of Vaccination Coverage Among Adult Populations – United States, 2014” breaks down the percentages of people getting immunizations, and they note that the numbers have not been improving in recent years.

The report states: “Despite longstanding recommendations for use of many vaccines, vaccination coverage among U.S. adults is low.”

While some people might be skipping vaccines because of a lack of insurance or medical care, the low rates of vaccination are being largely attributed to concerns about the efficacy and safety of the shots.

Here is a look at some of the vaccines people are refusing to get.

The report states that only 43 percent of adults opted to get the flu vaccine. This means the majority of people – 57 percent – did not get the controversial shot. Who can blame them when the vaccine inserts themselves actually state that there is no scientific evidence that they actually work? It’s not surprising that so few people want to inject themselves with toxins like mercury when there are no guarantees they won’t end up getting the flu anyway.

The human papilloma virus (HPV) vaccine is getting a similarly chilly reception, and for good reason. It is recommended that girls get the vaccine starting at 11 years old to help prevent cervical cancer and other types of cancer. However, the shot has come under fire around the world for its questionable side effects.

The HPV vaccines Cervarix and Gardasil are the subjects of a class-action lawsuit in Japan, where the country’s health ministry reversed its recommendation of the vaccine after recipients started noting side effects ranging from short-term memory loss to paralysis. It’s been linked to the deaths of six young girls in India and it was the subject of a documentary profiling a number of girls in Denmark who experienced problems such as severe headaches, passing out, abdominal pain, nausea and dizziness after getting the vaccine.

Here in the U.S., it’s been linked to more than 100 deaths and thousands of other bad reactions. Perhaps that explains why just 40 percent of women aged between 19 and 26 were willing to get the shot

The shingles vaccine has a very low uptake, with just 28 percent of people aged 60 or older getting the shot. When you know what’s in it, it’s easy to see why 72 percent of people decided not to allow it into their bodies. It contains the neurotoxin monosodium glutamate, which can cause brain damage and nervous system disorders when injected. Another questionable ingredient is gelatin derived from the collagen found in pig bones and skin, which alsoposes a risk of infection when injected.

The Hepatitis A vaccine is one of the least popular, with just 9 percent of adults getting it, while just 24 percent were willing to get the Hepatitis B vaccine. Could this be because researchers found a significant correlation between the Hepatitis B vaccine and multiple sclerosis (MS) after a spike in MS cases was noticed following a vaccination drive among adults in France?

Some of the adverse events that have been reported to the Federal Vaccine Adverse Events Reporting System regarding the Hepatitis B jab include extreme fatigue, convulsions, brain inflammation, irritability, headache, lupus, multiple sclerosis, and arthritis.

The list goes on. For example, just 20 percent of adults elected to get the Tdap vaccine, while just 61 percent of those older than 65 got the pneumococcal vaccine.

It is clear that the government’s pro-vaccine narrative is falling on deaf ears as more and more people are taking a stand and refusing to allow themselves to be injected with poisons that could have serious adverse effects on their health and, in some cases, have not even been proven to prevent the illnesses they are intended to protect against!