Prepare For Change
Home Ascension ORAPHIM and… The INDIGO CHILDREN 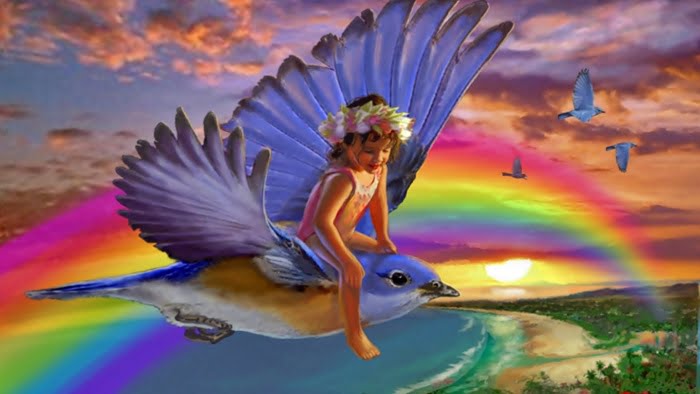 The “Oraphim” have very special gene codes called “Double Diamond Sun” or the “Emerald Sun Matrix”- Double Diamond has the 12-strand coding of the original human, plus another 12 pertaining to the ascended mastery levels beyond time, and the Emerald’s, the high council of the Oraphim, have an additional 6 strands that correspond to the Level-3 Eckatic Matrix, last level of ascended mastery before At-one-ment with source.

The Oraphim are often called in other teachings the “Paradise Sons” (supposed to be “Suns”…as the bio-field holds the full spherical configuration, which appears as flaming balls of light from the lower dimensions).

The Emerald Order Oraphim began the Turaneusiam lineage but more… they were the original ELOHEI (not “Elohim”, many of which are “fallen”) who seeded the universal common Lyran Pre-matter races… the original avatars that seeded life in this time matrix.

They birth in numbers only during ascension cycles. They are the Keepers of the Ascension Codes, the Star Gate Keepers and the Planetary Security Team, responsible for orchestrating the necessary grid mechanics during the cycle. They are a Melchizedek Cloister family line out of the Azurite Council of the Ra Confederacy, the governing Ascended Masters collective of our time matrix.

They oversee the OTHER, smaller Ascended Masters Collectives in and beyond time. On earth you don’t get higher coded beings. But the O’s don’t have ego – once they awaken they know they are here in pure service to the ONE and do their job. There are 500,000 here now, just beginning to awaken. The Amenti book was written mostly for them, as the “wake up call”, and the Oraphim’s are responding quite nicely. It’s others who don’t have the DNA activation to process the D-4 through D-6 frequency of the data that have a hard time with it.

Emerald Order have contracts to awaken to at least the Avatar level (D-10 through D-12)and are here for world service contracts of various natures. All Emerald Order have experienced full ascension to Level-3 Ascended Mastery before returning to embodiment in time. Most have universal service contracts, not just planetary. They are of a league of beings so far beyond the scope of awareness here, that even some of the highest consciousness on planet and below D-12 have no idea who they are. The “Dark Side” hates them because they bring the knowledge of freedom. Most of us live as “sleepers” until the pre-scheduled time of our awakening, then we start to remember who we are and what we came to do.

The contemporary Indigo Children hybridization program is run by the Emerald Order Oraphim-Turaneusiam- the original Elder Human Race who seeded humans here 550 million years ago, and who vowed to assist us in reaching our 12-strand DNA potential on earth and not 10-strand, that is the Anunnaki and Drakonian DNA signature, HUMAN is 12-strand.

The Indigo Children are all incarnations of the Oraphim (there a 3 different types of Indigo’s), and they are incarnating now to help stimulate the general human gene code into a higher level of activation via reaching critical mass within the race morphogenetic field (scalar-template for matter manifestation). This hybridization with the original Human gene lines is being orchestrated to help humanity activate dormant DNA so the race can have a better chance of averting physical and genetic damage during the 2000-2017 Stellar Activations Cycle. (Changes in the Solar Light spectra that will occur in this period pose harm to the earth-human races because of present mutations in the general gene code that were passed on from ancient intrusion by the Sirian Anunnaki).

All Indigos are born with the 6th DNA strand activated – the DNA still appears as a “double helix, but there are additional encodings operational within the Sub-strand Matrices), which allowed for open memory of other space-time identity aspects.

The Emerald Order Council of 48 (a HUMAN visitor group-48 refers to DNA issues, not the number of people on the council), trained in higher dimensional (D-5-15+) remote viewing and matrix scan. This council of pro-human interdimensionals keeps an eye on the visitor agendas as they are running on earth, for various reasons that involve making sure the planet and its unsuspecting people pass through the 2000-2017 period safely. (Emerald Order members have tried in the past to make contact with human governments, but the interior government people were more interested in the “One World Order” treaties they had already made with the Zeta Rigelians). One aspect of the Emerald Order efforts is to lend protection to human “light workers” who are in danger of negative manipulation because they have yet to remember who they are, why they incarnated into this drama and how to protect their bio-energetic fields.

Indigo Children birth in with 6th-strand activation, which becomes functionally operational IF they can assemble the lower strand fragments to “plug in” the 6th strand. (This “IF” depends a lot on what they picked up from the parent’s gene code and what kind of environment they are raised in). All humans have the potential of this DNA acceleration, to remember their other life experiences, and the mechanics of their eternal consciousness IF they can learn of their 15-dimensional anatomy and the methods by which they can reverse mutate the Anunnaki DNA distortions inherent to our times, which block out higher dimensional data from processing through the DNA into conscious awareness. THAT is why I teach of the 15-dimensional human anatomy and how to begin healing the DNA back to its original 12-strand potential.

The Cloister Dora-Teura texts detailed the lost history of our races and the interdimensional advanced sciences of DNA/Kundalin/Merkaba Mechanics-and Earth Grid scalar mechanics- through which humans can reclaim their mastery of the space-time-matter experience.

The Dora-Teura texts were last on the planet in true, undistorted form 210,216 years ago. Later attempts at translating some of the Dora-Teura texts were made in the Atlantian period -ended in 9558BC – through the Emerald Tablets of Thoth, and later again through the ORIGINAL texts of what became the Bible, Torah, Kabbalah and Sanskrit Sutras. ALL of the later translations of the Dora-Teura texts, including the edited Anunnaki renditions of the Emerald Tablets, were perverted, edited, distorted, twisted and utterly compromised by the Anunnaki and reptilian race visitors, and their human Illuminati cohorts, in ancient times. But once, long ago, there was an underlying truth and promise of human freedom within those teachings.

The Emerald Order Oraphim, who are now incarnating in flesh as the Indigo Children, were the original authors of the Cloister Dora-Teura texts. These texts were given on earth 248,000 years ago as part of an agreement called the Emerald Covenant- an interstellar promise made by the Original stellar human lineage, to assist the earth-human lineage to re-evolve back into their original 12-strand DNA potential. These teachings were a gift of love and knowledge from Elder Race humans who CARED about earth humanity and who wanted to see humans regain their freedom, awareness and power. There is MUCH more to the Emerald Covenant, which explains the nonsense of what has become our recorded history interpretation.

Many people are beginning to awaken to their memories of incarnations in other space-time locations, and this is because human DNA is presently beginning to activate higher due to the Solar Light spectra changes of the 2000-2017 Stellar Activations cycle. People with the least amount of Anunnaki or reptilian distortion in the DNA will regain more memory faster. Anyone can benefit by the DNA reverse-mutation technologies being taught by the Emerald Order; remembering is the promise of human heritage- the potential of remembering belongs to us ALL.

The Indigo Children-Oraphim incarnates, who have been entering incarnation on earth for over 100 years, are presently only 500,000 strong within our populations, they are beginning to remember who they are, and there are another 150,000 birthing in between 1999-2012. The purpose of the Indigo’s and the Elder Race Emerald Order Humans who launched this pro-human hybridization plan, is an attempt to TRY to restore the lost knowledge and mechanics of interdimensional science and true spiritual cognition that will allow humanity to heal its DNA and begin Remembering.

They are TRYING to set the records straight as far as the perversions of the Cloister Dora-Teura texts, so people can have access to the knowledge through which they can rapidly evolve and set themselves free from Anunnaki and reptilian manipulation. They are trying to do this because of the ancient promise of the Emerald Covenant, a promise made to earth-humans because they were loved and valued by their Elder Race Seed-and those of the Elder Race humans desired to see earth-humans evolve to their full potentials as EQUALS, within the interstellar communities.

The DISTORTED mess of what has BECOME the Bible, for what was ONCE a decent book that ATTEMPTED to translate part of the legitimate knowledge of the Cloister Dora-Teura texts, before the Anunnaki-Pleiadian-Nibiruians gutted the real documents that were once a unified Bible, Torah, Kabbalah, Sutra translation of the ORIGINAL Atlantian Emerald Tablets (before Thoth edited them for his own agendas) – all of these teachings came out of the Cloister Dora-Teura, and all of them were THEN distorted to the point of non-recognition from what they had once represented.

In the Cloister period 210,216 years ago, when we worked hard to preserve the Dora-Teura holographic plates when the reptile races came in and took over, and our massive temple complexes were bombed into the ground. Later in 22,000 BC when the Emerald Order again incarnated to try and stop the Anunnaki from perverting the human gene code more than they already had-when we tried to re-enter the Dora-Teura freedom teachings via the ORIGINAL Emerald Tablets, and watched as the Anunnaki-Zeta Rigelian Thoth, who had been commissioned by the Emerald Order to create a translation of the texts, turned on the Emerald order and edited the teachings to support the Anunnaki hybridization agendas. In the Biblical periods, where again the Emerald Order tried to restore the true teachings only to watch them be dissected and twisted by the human-Anunnaki hybrid Illuminati families and their visitor friends “fallen Elohim and Nephilim”.

This Article First Appeared on http://www.bibliotecapleyades.net/