We are all fed up waiting, unless you happen to be among those who have already accepted completely that everything happens at the right time, place etc. and you are living fully in the present moment at all times.  I have to admit to feelings of frustration as to how long this process of change is taking, and cannot help reflecting upon just how much longer things can possibly proceed before we can experience The Event.  I know that this frustration is shared by many others too.

It’s ok to feel down, dissatisfied, disappointed, even depressed about whatever and then to allow that feeling to be there – to surrender to it – and then to give it to the Mother/Source.

We are in a process of ascension even if it is ‘early days’ of that process now in comparison to the speed of the ascension process on Gaia when the veil has been removed. Right now there is seemingly a fair bit of old debris of the old 3D experiences rising to the surface among humanity and many are questioning their lives so far and becoming disillusioned and feeling great dissatisfaction and those who are sensitive to those energies around them are picking up that dissatisfaction and at the same time being reminded of remnants of their own old 3D experiences in terms of attachment to those older human experiences.

We Are Being Encouraged to Let Go!

The Forces of Light including Archangels, Ascended Spiritual Beings, etc. are truly encouraging us right now to ‘Let Go and Let God’ so to speak. We need to let go of feeling pressure over ‘getting things finished’, completing projects, even arriving at the day of The Event.
We need to let go of any anxiety surrounding The Event and its details.

Jean-Claud Juncker president of the European Commission recently revealed that he was in contact with leaders of other planets about Brexit!! Maybe his own inner distress is now forcing him to express the truth in the hopes that others will support his openness and lessen the stress that people like him have to endure at all times due to the secrets that they have to lie about continually?

From my heart to yours, there have been many days, where the frustration over the time that it is taking for this change to come about is a factor that I have to deal with. Who would have believed back in April of 2012 when Cobra started his blog that 4 years down the road we would still be ‘fighting’ for the awakening of humanity and Victory of the Light. Unfortunately, I do not always exist in a state of bliss experiencing a higher degree of joy. I’m not ‘swimming in an ocean of love’ every day even if I do believe that we are all swimming in a Galactic Wave of Love, which is bringing all of us, whether we like it or not, to knowing / understanding more about who we really are.

I’m growing and I do believe that we are all growing and seeing more clearly how for example the way that we express ourselves privately could do with some transformation. My own passion in the support of helping loved ones to see the truth can certainly be experienced as aggression by gentler souls. There is almost always a gentler kinder way of conveying a truth. These are the kind of things that I’m personally trying to transform in my close private relationships at this time.


Negotiations with the Cabal

At least three years ago Cobra mentioned about being involved in some form of communications / negotiations with certain cabal factions. Whoever those beings were then he compared these ‘talks’ to approaching a discussion with a mad dog. I repeat what I said when I introduced Ben Fulford’s last week’s June 27th update on PFC that the fact that these various cabal factions are taking part in negotiations at all is a miracle in itself. They are experts at manipulation and ‘speak out of the side of their mouth’ and have every intention of remaining in power by any and all means they can conjure up. Yet I have to admit that when I first wrote about the details of The Event in Nov / Dec of 2012 – which in the early hours includes the arrests of the cabal – I did not consider at that time that we would see a day where these groups are actually taking part in negotiations with members of the Resistance Movement prior to The Event.

On this week’s update from Ben we have the video recording with Ben giving the cabal an ultimatum. You and every sane person will agree with every single word that Ben says in this video. I love it and it is the most promising sign we have had in a while that we are in fact on our way towards real change on this planet.

I am going to include Benjamins final words on his update this week because they could have been written by any one of us working for ‘Victory of the Light’, “What these religious fanatics need to get into their heads is that the world is not about to end, the world is about to begin or be reborn into the paradise it was always meant to be.

On that front, hopefully we will have some good news to report next week if negotiations with the Rothschild representatives go well. If not, the battle will continue until the world’s people are victorious. Planetary liberation is coming soon.”

Two weeks ago on June the 22nd we had a ‘situation update’ from Cobra and he also mentioned the information from Benjamin Fulford about the ongoing negotiations with the cabal. He added that “The negotiations are proceeding and other groups are now involved in the process. For the first time in history, those negotiations have reached the point where certain agreements can be reached.”

Like I said earlier I do not believe that any of us saw this time coming when things like the awakening process of humanity, the ongoing efforts of the alternative media groups to spread truth would have brought us to the point where the cabal had no other option but to begin a process of negotiation. We are well aware of their predicament and that they have nowhere to go any longer. Recently in an interview Cobra mentioned that there were now approximately 50 million people awake on this planet! My Sources are telling me that another 150 Million are now also in a process of awakening with all of the confusion and fear that that entails. We can all recall what it was like ourselves when we first realised that many so called conspiracies were very real and our search for more reliable truth began in earnest.

So in knowing all of this should we not count our blessings and realise the enormity of what has been and is taking place on this planet? By it happening slowly we can be assured that the change will be very welcomed and not in the least confusing or hard to deal with which was definitely a concern up until the last 6 or 9 months or so. Now I myself totally feel and trust that The Event can come tomorrow and people will manage to digest Full Disclosure. The one area that still might be problematic for many is the existence of our Galactic Family and their presence all around us. However, I have no doubt that this information will be provided carefully and at a perfect pace for humanity to be able to calmly accept it. The original plan for the timing of First Contact is approximately 6-7 months after The Event when humanity will have received information enough to vote about this First Contact taking place.

Surrender and Go to Source 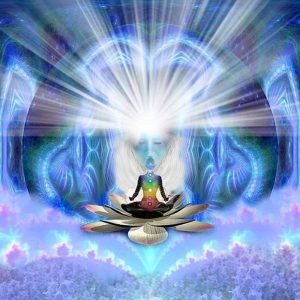 If I happen to end up in a place of conflict of some kind with another Gaian and whether this conflict be small or large, I have a choice. I can choose to engage in that conflict on some level or I can choose to leave the 3rd – 4th dimensional energy of the conflict and connect to Source. By remaining close to Source the conflict ends. It’s that simple! This of course does not exempt me from communicating constructively with another as long as that is part of a peace keeping process. If, however the conflict does not end then I can create an end to the conflict by completely refusing to give it energy on ANY level. Going to Source can be as simple and quick as 1) imagine a beam of white light emanating from Source and reaching your I AM presence above your head, then flowing into your heart centre as you inhale or 2) Call upon your own personal Angelic Guide or on Yeshua and the Magenta Flame or Saint Germain and the Violet Flame and connect with them in your heart.

We could play a game! We could imagine that The Event has already taken place and let’s say that approximately 6-7 weeks have passed by. Now there are no longer any hidden secrets about what’s been going on behind the pretend ‘news’ reality existence that we used to take for real. People are starting to feel what it’s like to live without concerns for survival either economically or regarding their health. There are already new solutions available for all kinds of problems. People are generally letting their guard down and starting to trust like children again. We all start expecting the very best and that’s exactly what we get. We know that all that we need to do is to be ourselves to be loved by others. We start to learn to live in a magical flow of give and take in Love. We begin to experience the dance that life can be when we follow the flow of our own inner compass. I hope that you will join me in this game and we will surely get there in the flash of an eye!

Wishing all of my readers Love and Light on your journeys before and after The Event.

Victory to the Light!