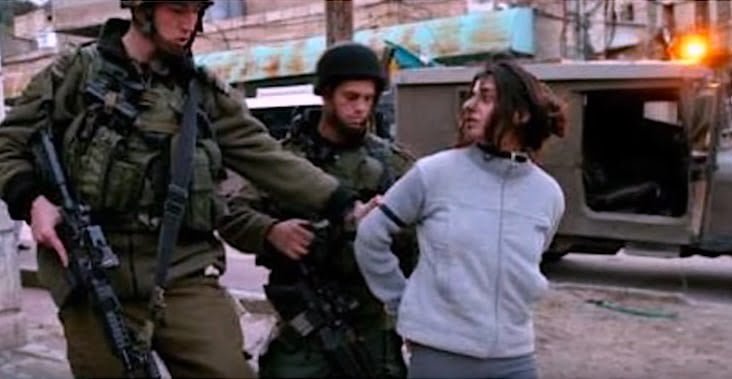 Many of us have been awake to the reality of the world being dominated by a Cabal, using control of the media , banking and governments to wage war on innocent people, all of it facilitated by a high level agreement on “population control”, which has become an agreement to decimate populations whenever possible using every policy that they (the Cabal) can implement. At this point, in Cabal controlled countries, almost every function of government, originally created to serve the public, now serves the depopulation agenda. Healthcare, food production, law enforcement, the judiciary, media and in the case of this Youtube video the act of patriotism and defending one’s country has been subverted to become a part of the doctrine of “continuous war” wherein troops are deployed to defend their country under false pretenses and then encouraged to believe everyone there is a “terrorist” or “insurgent”, and that they should be killed under the flimsiest of pretexts.  When they do, there is no accountability, other than being rewarded for doing so.

This has been the case since the Vietnam War and the 911 triggered invasion of Afghanistan and Iraq set off the most egregious case of this mindless slaughter of innocents. The soldiers involved enlist under false impressions about what they will be doing, and then are lured into what can only be called mass murder by the situations they are thrust into and the mind control they are subjected to.

This young man has come forward, just as so many have in the past, filled with sorrow and remorse over what has happened in his life.

This video has inspired a beautiful and moving song, that is now on Youtube also and it is just below the testimony of the Ex U.S. Soldier. Titled FALLOUT – a song for PEACE (PAZ) – no more war!!!