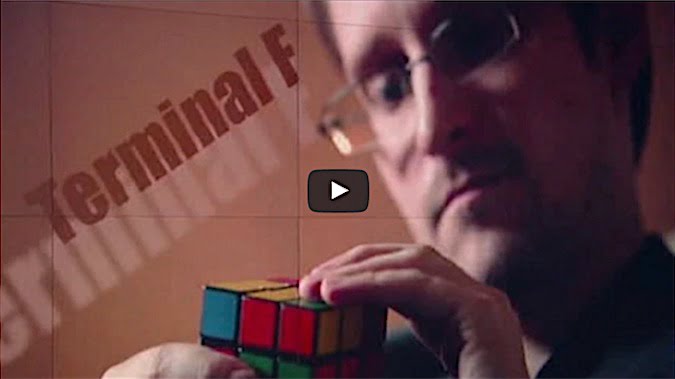 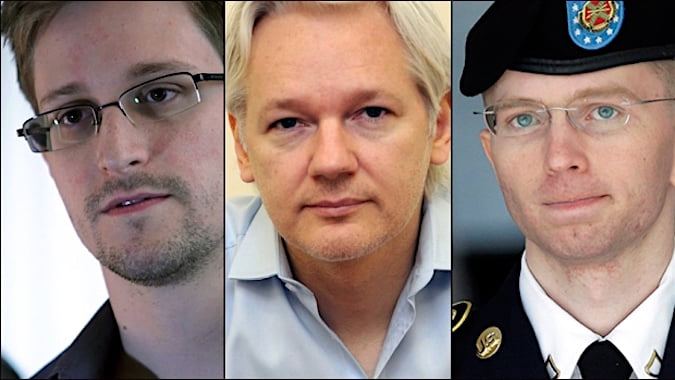 National Security Agency whistleblower Edward Snowden and WikiLeaks founder Julian Assange have doubled down recently on the games being played in cyberspace by America‘s cyber-warriors.

Snowden suggests that many of NSA’s most damaging malware programs are now in the hands of America’s opponents, thanks to enterprising foreign counter-intelligence hackers known as the Shadow Brokers. there will be more hacked bombshells to drop on Team Clinton, courtesy of weak security in Democratic National Committee and Clinton campaign computer systems.

We have entered a new phase of cyber-warfare, one in which America’s (and Israel’s) most damaging computer hacking and disruption programs are available to anyone willing to pay in Bitcoins on the cyber-black market. The Democratic Party’s leaked emails, coupled with the leaked State Department cables, has Hillary Clinton in an outrage.

These disclosures, along with the Snowden disclosures that illustrate how America spies on friend and foe, have opened the Black Box of America’s propaganda machine.

Two of the three culprits Mrs. Clinton would like to see in prison for the rest of their lives are, for the time being, outside of Gulag America.

Paul Ceglia, who claims to have been the co-founder of Facebook, says he is on the run from the CIA after he filed suit against Facebook and its owner Mark Zuckerberg. Although Zuckerberg admits to having a past business relationship with Ceglia, the US Justice Department criminally charged Ceglia for trying to defraud Facebook after the former associate of Zuckerberg brought a civil suit in federal court in Buffalo against the company. Interestingly, Facebook has donated more money to Hillary Clinton than any other presidential candidate. But what is really at issue in the bizarre case is that Ceglia claims that Facebook’s seed money came from the CIA’s venture capital firm IN-Q-TEL, a charge to which WMR can attest after compiling a massive list of CIA front companies and proprietaries in the soon-to-be-published book:  “The Almost Classified Guide to CIA Front Companies, Proprietaries and Contractors.”

[Ed Note: The central contribution of S. Freud was to say that to discuss something with one other TRUSTED person with free speech and association was the core therapeutic principle to reprogramming obsolete programs from traumatic events in the past. Edward Bernays was the founder of the application of psychoanalysis to commercial and political systems. Bernays was the nephew of Freud and both being German Jews arouse from the same cultural origins. Freud did his original analysis on himself with a neurologist in another city and he seldom talked to in person giving right to sitting behind the patient. There were no emails and telephone let alone video teleconferencing in the day.

“All men are liars” so says the scriptures and Freud took that fact called them DEFENSIVE MECHANISMS to avoid the pejorative term. Freud was trying to get over a Cocaine addiction and was focused on that which he died of in later years with tobacco addiction. Refutation of the adverse interest in the discussion led to “interpretations” which disclosed the lies of the defense of brain and allowed for the release of authentic identity which relieved the symptoms with daily sessions in seven years of time.

Edward Bernays was a commercial minded person and had no training or interest in medicine or psychiatry or “getting people better”.  Rather Bernays wanted to exploit and manipulate the lies of behavior to get religious, propaganda, false flag, and financial commercial benefit forhimself and his clients, such as Joseph Goebbels, and the fair haired boys of public relations marketing the selling of wishes to the mass group psychology now perpetrating exploitation on mob psychology.

Now Think of the media MSM , TV, radio, newspapers, internet and NSA, CIA and mass crow theater of Super bowl and big arena sports. No wonder the Super Bowl half time is a symbolic celebration of NWO globalist mentality of Edward Bernays.

This to the point that recreation is no relating to our family, supporting the spouse, and teaching the children, but looking into the BERNAY’S BOX the computer and TV to be entertained by followers of Edward Bernays. With the dissolution of all currency of nation states all motivation will be controlled by INFORMATION digital driven alone only 8% is printed now anyway.

As I give webinars on the psycho-cybernetics of the use of the computer of the brain, I use Bernay’s tactics to motivate to people in this instance to stop using drugs, at first like cocaine, like Freud.

The CIA and its partners at Facebook, Google, Yahoo, Microsoft, and other social media firms have striven to control the new media in the same manner that the CIA controlled the “old media” through operations like MOCKINGBIRD. During the Cold War era, the CIA claimed that all the world’s ills were due to Communist front organizations that influenced the media. The truth is that the so-called “fronts” often provided actual accounts of the misdeeds of the CIA and other Western intelligence agencies. However, with U.S. newspapers, magazines, and broadcast networks carrying the water of the CIA, it was Langley’s interpretation of the news that made Western headlines. The “Communist” reports were relegated to the nether regions of “Soviet disinformation” campaigns and “active measures.” The CIA laughably put out a periodical report on such “disinformation” tactics. In reality, what was called “disinformation” was actually bona fide news.

Today, when the CIA wants to debase a news article, it uses such operations as Snopes.com and Wikipedia to engage in CIA disinformation tactics. Uncomfortable truthful news items are quickly dispatched with the term “conspiracy theory.”

There is little doubt that Facebook, Wikipedia, and
Snopes are part of a “new MOCKINGBIRD”
designed for the digital age.

Like them or not, Snowden, Assange, Manning, Ceglia, and others have pulled the veil off of the new MOCKINGBIRD.
A formerly Secret February 1987 CIA report on Soviet disinformation tactics illustrates that what was described then as “propaganda” was, in fact, the truth.

In 1987, the CIA accused newspapers in 15 African countries of publishing Soviet “disinformation.” Today, through the use of Wikipedia and Snopes.com, the CIA uses the same tactics to accuse various websites of trafficking in “conspiracy theories.”

In the digital world of YouTube, Facebook, Google, and other social and news media sites, the CIA continues its game of disinformation while accusing others of conducting the same game plan. Some three decades after the Cold War, the CIA’s charges of Soviet disinformation can now be seen as disinformation in their own right.

In late June of 2013, as United States leaders were publicly labeling him as a “coward” and a “traitor”, Edward Snowden was hiding from authorities in Hong Kong. Terminal F: Chasing Edward Snowden dramatizes the pulse pounding moments prior to and in the aftermath of this moment.

Just three weeks earlier, he nervously handed over nearly a million top secret documents from the National Security Agency (NSA) to journalists from the world’s most renowned newspapers. These classified materials painted a frightening picture of a U.S. government whose surveillance activities far exceeded constitutional boundaries, and whose efforts worked to sabotage the interests of ordinary citizens they were sworn to protect. Once the documents were revealed to the world and Snowden’s identity was exposed, a massive global manhunt ensued.

Around every corner, Snowden never knew when he might be arrested or even killed. He was an enemy of the state now. The United States government – made weak and hostile from the revelations revealed in the leaked documents – was diligent in their attempts to arrange extradition back to their country so Snowden could face the legal consequences of his actions. In the end, a simple clerical error might have been the only factor that helped him evade harm or capture.

Strikingly photographed and sharply edited, Terminal F: Chasing Edward Snowden presents a solid primer on his position at the NSA, his motivations for exposing sensitive and potentially damaging materials, and the reality of living as one of the most notorious whistleblowers in American history. It’s well-trodden territory, but the film provides fresh and revealing insights along the way, thanks to interviews with his father, his co-workers, former NSA Director Michael Hayden, WikiLeaks founder Julian Assange, reporter Glenn Greenwald, and Snowden himself.

Whether you believe Snowden to be a sinner or a saint, the film will likely prove most enlightening in its minutia. Benefiting from the moment by moment perspectives of figures from both sides of the story, the narrative plays out like an all-too-real game of cat and mouse. We’re given a tangible sense of what it must feel like to be a hunted man.