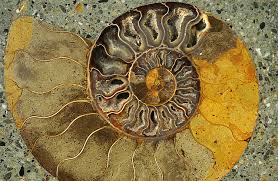 TZ here; I have darkened some of the text in this article to accentuate what I believe to be of great importance right now for all lightworkers on Gaia.

I’m having a back-and-forth argument with myself, after the latest and best Oct. 1 – Oct. 3 window for the Reval passed without event.

One voice says “I’m going to let this Reval thing go and it’ll happen when it does. I’m not going to think about it any more.”

Another voice replies, “But the Reval is inextricably bound up with building Nova Earth. Give up on following the Reval and you pass up a wonderful opportunity to discuss stewardship, spiritual currency, collective will. Do you really want to do that?”

And the observer of it all suddenly experiences an insight, a revelation, a realization. I as the observer see that I’ve never been part of a better-planned, more inspiring, more impactful scenario in all my life than this Ascension scenario, with the Reval, Disclosure, NESARA, and Ascension itself.

Never have I been party to such informed, even enlightened discussions. Never have I seen more clearly what needs to be done and come closer to being in a participatory role in that. Challenge, inspiration, encouragement are here aplenty.

The overall scenario is not something to think about in the same way I might think about a vacation or even a job. Nothing this good has come along, in my eyes, ever before, nothing that I think is absolutely for the highest good of all, whether it materializes in the end or not.

If everything turns out to be a dream and goes nowhere at all, which I don’t think for a minute it will, well, I’ve never been on a better ride. Can I go on that ride again? Do I need a ticket?

This is one that I’d want to be part of even if it was a movie about the future. Even if it were a roundtable discussion of prospects and possibilities.

Am I seriously going to plod along day after day, as part of such a wonderful scenario, bitching and moaning because an event hasn’t happened when I wanted it to?

The observer realizes that what’s missing here is a lifelong commitment. What’s missing is me declaring that I’m going to keep working on building Nova Earth no matter what – what that new society could look like, how it could operate, what it could aim for.

I’m making a lifelong commitment to keep pursuing the scenario of building a new society. That society would be based on the divine qualities and our new and expanding understandings of spiritual verities.

I’m closing the back door, the escape hatch, the way out.  There’s no going back. I’m leaving no way out. If the container is airtight, the pressure can build, the pistons can pump, and the machine can go forward.

I’m deciding the matter independent of when something happens. It’ll happen when it does. Meanwhile I carry on.

As W.H. Murray said, before one commits, there’s always hesitation, the opportunity to draw back.  Only when one commits does Heaven and Earth move. (1)

And why should it be otherwise? Only when we’re certain, sure, committed is there an actual game to play. Before then, our mind, heart, and commitment are elsewhere. We have a divided mind and competing agendas and those weaken efforts.

I give up all romantic alternatives and flights of fancy for a life of commitment, responsibility, and concentration.

We’re part of an army of light, pushing back war, poverty, hunger, disease, homelessness, rape, discrimination, inequity, and all the other conditions of unworkability in our world.

We’re directing ourselves not against people, but against attitudes, values, and behavior, And the way we move forward is by building the new, rather than opposing the old.

We’re ultimately aiming for a world that works for all, with no one left out. And abundance is a very large step in doing that.

But even more basic than that is the building of collective will and – yes, I guess I can now use the word – collective commitment to building a world that works.

Building collective commitment to create a world that works doesn’t take money and yet, if we built it, I predict that the job would be quickly done.

(1) “Concerning all acts of initiative (and creation) there is one elementary truth, the ignorance of which kills countless ideas and splendid plans: that the moment one definitely commits oneself, then providence moves too.

“All sorts of things occur to help one that would not otherwise have occured. A whole stream of events issues from the decision, raising in one’s favour
all manner of unforeseen incidents and meetings and material assistance which no man would have dreamed would come his way.

“I have learned a deep respect for one of Goethe’s couplets:

“’Whatever you can do, or dream you can, begin it! Boldness has genius, magic, and power in it.’”  (W.H. Murray, The Scottish Himalayan Expedition, and Johann Wolfgang von Goethe.)