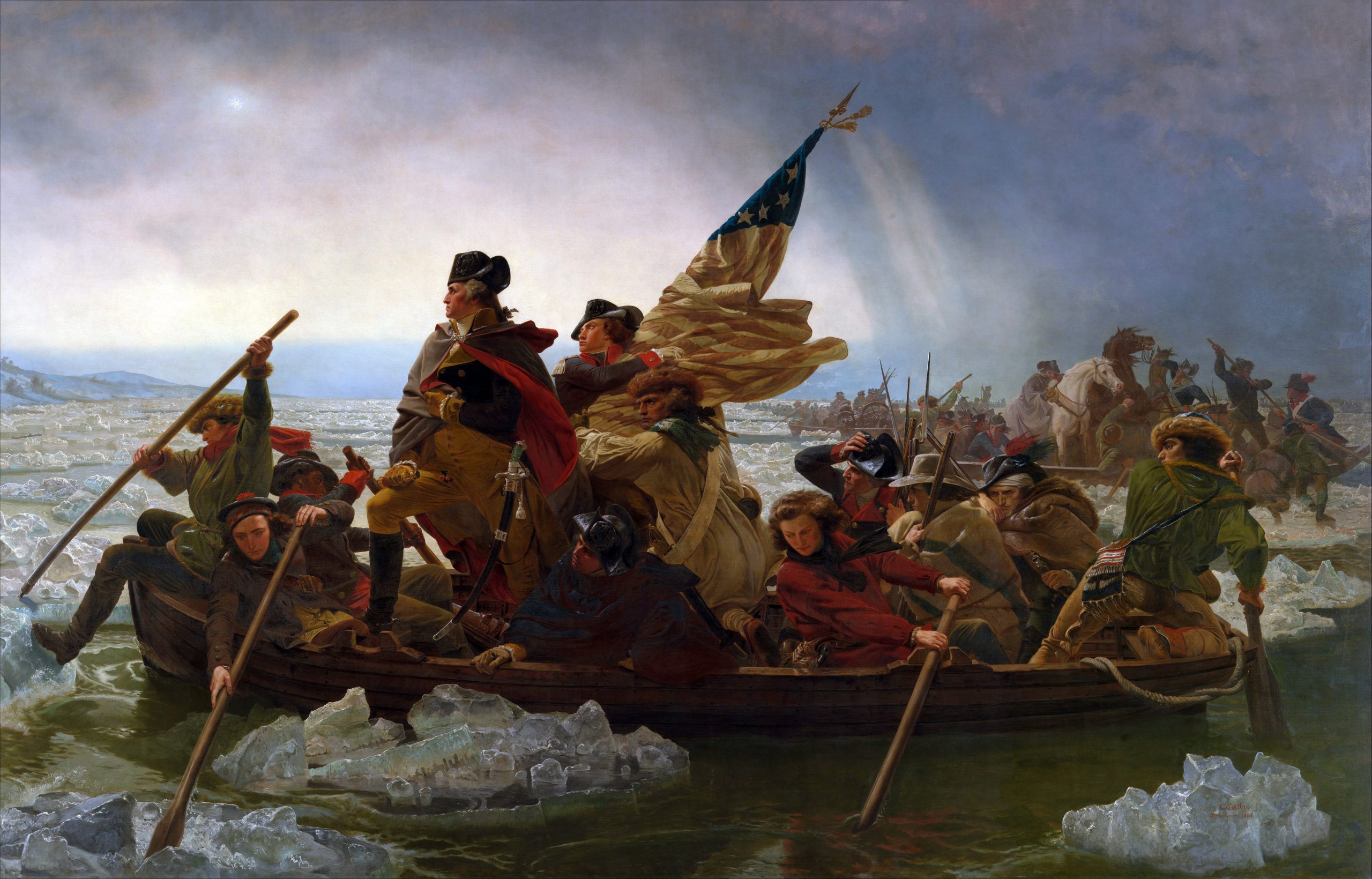 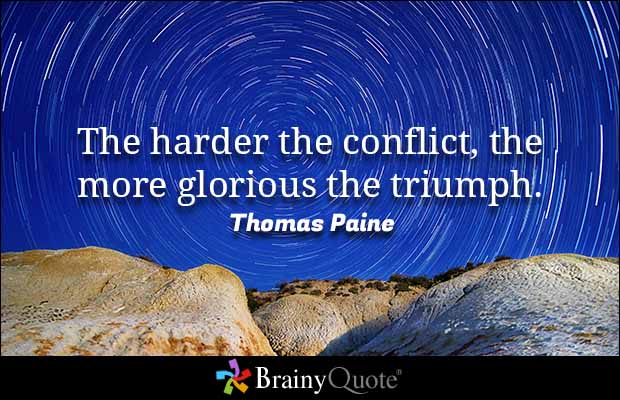 No question that this is one of the most difficult periods of waiting in the last ten years. I spoke to a friend who had purchased currency ten years ago and said she has been hearing “next week” ever since that time.

I’m sure you’re taking flak from many of those around you, perhaps still questioning your own sanity when it seems that we are there and then we aren’t there again and again. Sometimes those we have followed here have become discouraged and when they voice it aloud it is as if we all sit back at our desks, shaking our heads and wonder if we aren’t just a bit crazy for pursuing something so volatile; so up and down. We are paying a price and it is a very steep one. This choice has affected so many around us, family and friends that we are alienated from or that disrespect this choice.

It brings to mind that life and trials of George Washington.

Washington was viewed as larger than life to those who lived and worked with him. He felt he was destined for a life of farming and surveying until his older brother passed away in 1752. Suddenly, he owned a large plantation on the Potomac and succeeded his brother as one of Virginia’s four adjutants responsible for militia training. Within ten months, he volunteered for active duty.

A young Washington was ordered to lead a force of 300 to route the French after they established forts that threatened Virginia and the lands to the west. This was the first excursion of the French and Indian War. Washington won the skirmish only to find himself captured by the French fifty miles away.

His actions were criticized by the English. He ignored them. It just made him stronger. He had learned discipline and held it in high regard, referring to it as “the soul of an army”. He used this time to develop tactics that could adapt to the terrain. Most importantly, he learned to make do with very limited resources and, as a leader, always to look to the welfare of the men under him.

For the next fifteen years, Washington was devoted to his ever expanding agricultural holdings. Through the negotiations with neighbors and surrounding communities, he acquired his political skills and became a leader in the opposition to English colonialism. When Virginia hardened its attitude against England, Washington’s loyalties to those neighbors led him to be accepted into the leadership of the voluntary military.

From representing Virginia in the Continental Congress, Washington became the “go-to” expert on military matters. They soon elected him General and Commander in Chief for all Continental forces. Washington refused to take compensation for the position. He felt it was simply a matter of duty.

Washington was a man of patience and dedication. He always took time, watching for opportunities where he could surprise the enemy. He was able to avoid major defeats but it was a long, bitter and often fruitless campaign lasting more than eight years.

I believe that Washington found opportunities. On such opportunity was his famous crossing the Delaware River. He marched the Continental Army to Trenton including his men, their horses and wagons stretching out over a mile. The weather was terribly cold while crossing the river, but even worse as Washington rode up and down the columns, wet and freezing in the horrific conditions, pressing his men to carry on any way. After a march such as this, they charged the city while tramping through deep snow. Washington personally led the middle charge. Arriving as they did, Washington had maintained an element of surprise.

His troubles were far from over.

Though Washington had gained an advantage in reaching higher ground where he could survey the movements of the enemy, the Hessians still were able to form into regiments and were quickly ready to fight.

Time after time the Hessians attempted to outflank Washington and his Continentals. Finally, Washington’s forces were able to overpower the enemy and kill their lead commander.

After the victory, Washington decided that his troops were in pretty bad shape and so moved back to their camps on the other side of the river. I’m certain they were not happy to cross through freezing water and then tromp through deep snow to get there, but that is what they did despite fighting for two days and nights in freezing rain, hail, and snow.

Washington knew that these people had far exceeded any expectation he had of their performance. He also knew that they faced many challenges ahead.

He faced a very tough decision. Knowing that doing nothing was the most dangerous move, he took his cold and weary soldiers straight on to the next engagement at Princeton.

Washington sent Brigadier General Mercer in with initial troops. They clashed with two regiments and Mercer and his troops went running, turning back in retreat. With a small group of loyal militia, Washington personally turned the battle around. He led the attack, driving the enemy back and eventually watching them flee entirely.

Over his long military career, Washington overcame massive obstacles. He balanced placating Congressmen and state governors, made do with little or no supplies, handled impulsive and sometimes unruly subordinates, coordinated alliances and kept everyone moving together toward the common goal.

What an outstanding Founding Father! His personal self-discipline formed the basis for his individual success and for a new country holding on through many dark days of defeat.

Through his personal struggles, Washington gained the abilities and determination that led him in building a nation.

This incredible man took 13 years from his own personal life and the needs of his family and farm to make a difference.

Did he have any idea of the future that lay ahead of him as a young recruit? Did he already have the deep character that he brought to leading the nation later in his life? I don’t think so for either question. Washington’s great character developed under duress. Each moment of seemingly incredible odds provided the opportunity to make daring decisions. Each small victory led to greater victory. So did the defeats that he suffered.

Defeat and discouragement did not stop Washington. They fired him up. He did not act from emotion but from decisions calmly thought out. He did not waiver from the task he set himself and the basic concept of freedom and community that drove him through the entire process.

This is not the time for us to waiver either.

Has it been hard? Some of us reach close to the multiple year dedication of Washington. It has also taken a toll on personal lives and family and surely on income in so many cases. It has taken many of the best years of life, health and pursuing personal goals.

This entire process has created the impetus for personal evaluation, growth, and change. While you may hate the delays, I see that tremendous strength has been gained.

Adversity is the greatest teacher. The “next week” syndrome of discouragement that focuses on a promise of performance by someone else does not personally benefit anyone. This is a group effort. It takes all we have to give, including patience. It takes all the White Hats and the White Dragon family and the New Republic and so many others. It needs all of us to succeed.

When the time comes for NESARA or the un-named changes that represent it to be implemented, we all must be ready to explain and assist others in understanding that change is ok. We must carry the torch of moving forward with funding so as to become living examples of that change by providing opportunities for all of us to work together and repair our world and those living on it.

Healing comes from love, not from fear or hate.

Are you frustrated? Do you feel that you simply cannot continue?

Think again. When Washington was faced with troops that surely did not feel like crossing the river again, what did he do?

It is time for us to put on our determination, dig in, accept the final details and delays of this enormous and world-changing event and lead others in a positive direction.

The key, I believe, is to focus outward. This isn’t all about us as individuals but much more about those individuals whose lives we will touch.

Just like Washington could have sat down and said he wouldn’t do more, couldn’t do more without supplies, tents, perhaps even wood for fires or food for starving people. Don’t sit down! Don’t give up just because it is still difficult or frustrating.

Of course it’s hard. Of course we want it done. After all is said and done, we must simply wait.

That said, my highest sources indicated that Hong Kong began exchange meetings yesterday and that payouts were being received and, more importantly, spent.

Let’s hope that this means it is our turn and that the specific issues that are America-internal will be dealt with in the next day or so and we can truly get on with it. Last minute negotiations and settlements are taking a bit more time; staffing and processing are challenging. They will get better at it. I am witnessing those who have completed transactions be able to spend their funds in getting their own projects off the ground.

I sympathize with being tired of the wait.

Let’s choose the high road. Let’s give credit to those behind the scenes who are doing the worst part of this any way. We are so fortunate. Preparation and patience are not easy tasks, but I haven’t had to lay down my life quite yet. Have you? They do.

I assure you that we are going to see this done.

Won’t it be amazing to get to know each other after funding? I know that everyone may be very low key about it, but I know I will recognize those that are leading the new front.

Hello, fellow freedom fighters. I can’t wait to meet you.