Prepare For Change
Home High Vibrational Food Confirmed: DNA From Genetically Modified Crops Can Be Transferred Into Humans Who... 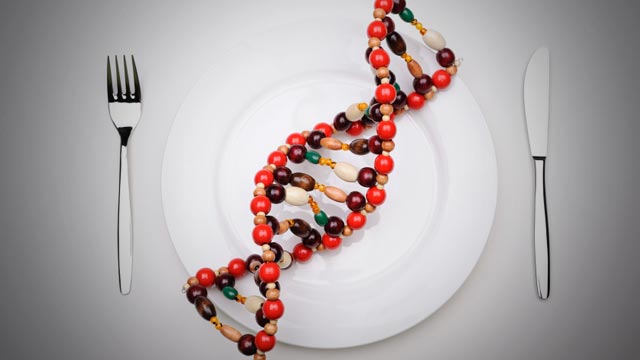 In a new study published in the peer reviewed Public Library of Science (PLOS), researchers emphasize that there is sufficient evidence that meal-derived DNA fragments carry complete genes that can enter into the human circulation system through an unknown mechanism. (0) I wonder if the scientists at these biotech corporations have already identified this method? In one of the blood samples the relative concentration of plant DNA is higher than the human DNA.  The study was based on the analysis of over 1000 human samples from four independent studies. PLOS is an open access, well respected peer-reviewed scientific journal that covers primary research from disciplines within science and medicine.  It’s great to see this study published in it, confirming what many have been suspecting for years.

When it comes to genetically modified crops and foods, we really have no idea of what the long term effects will be on the public. The very first commercial sale of genetically modified foods was only twenty years ago in the year 1994. There is no possible way that our health authorities can test all possible combinations on a large enough population, over a long enough period of time to be able to say with certainty that they are harmless. Geneticist David Suzuki recently expressed his concern, saying that human beings are part of a “massive genetic experiment” over many years, as thousands of people continue to consume GMO’s, and it makes sense.

Advances in genome science over the past few years have revealed that organisms can share their genes. Prior to this, it had been thought that genes were shared only between individual members of a species through reproduction. Geneticists usually followed the inheritance of genes in what they would call a ‘vertical’ fashion, such as breeding a male and female -you follow their offspring and continue down the road from there. Today, scientists recognize that genes are shared not only among the individual members of a species, but also among members of different species.

“Our bloodstream is considered to be an environment well separated from the outside world and the digestive tract. According to the standard paradigm large macromolecules consumed with food cannot pass directly to the circulatory system. During digestion proteins and DNA are thought to be degraded into small constituents, amino acids and nucleic acids, respectively, and then absorbed by a complex active process and distributed to various parts of the body through the circulation system. Here, based on the analysis of over 1000 human samples from four independent studies, we report evidence that meal-derived DNA fragments which are large enough to carry complete genes can avoid degradation and through an unknown mechanism enter the human circulation system. In one of the blood samples the relative concentration of plant DNA is higher than the human DNA. The plant DNA concentration shows a surprisingly precise log-normal distribution in the plasma samples while non-plasma (cord blood) control sample was found to be free of plant DNA.” (0)

It’s not like a human being mates with an apple, banana or a carrot plant and exchanges genes. What biotechnology and biotech corporations like Monsanto have done, is they have allowed for the transfer of genes from one to the other without any regard for the biological limitations, or constraints. The problem with this is that it is based on very bad science. The conditions and biological ‘rules’ that apply to vertical gene transfer, at least those that we are aware of, do not necessarily apply to horizontal gene transfer. Biotech science today is based on the assumption that the principles governing the inheritance of genes are the same when we move genes horizontally as they are when they are moved vertically. It just goes to show that GMO’s should be subjected to much more experimentation and rigorous research before we continue to consume them.

How can our governing health authorities approve these as safe? It’s almost as if they told us they were safe, and we just believed them without questioning it. We seem to be a very gullible race, but things are changing and more are starting to question the world around them.

“One small mutation in a human being can determine so much, the point is when you move a gene, one gene, one tiny gene out of an organism into a different one you  completely change its context. There is no way to predict how it’s going to behave and what the outcome will be. We think that we design these life forms, but it’s like taking the Toronto orchestra prepared to play a Beethoven symphony and then you take some random drummers from “here” and flip them in with the Toronto symphony  and you say play music. What comes out is going to be something very very different. Publicists say that there is good intention behind GMOs, but the fact of the matter is it’s driven by money.” – David Suzuki

I personally believe the intentions go beyond money, but that’s another story.

It’s also pretty clear that DNA from food can and does end up in animal tissues and the milk products that people eat. (4)(5)

There are studies that show when humans or animals digest genetically modified foods, the artificially created genes transfer into and alter the character of the beneficial bacteria in the intestine. Researchers report that microbes found in the small bowel of people with ilestomy are capable of acquiring and harboring DNA sequences from GM plants.(1) Genetically modified crops have infiltrated animal feed since 1996, and it’s normal for them to have a complete GM diet. Studies have linked GMO animal feed to  severe stomach inflammation and enlarged uteri in pigs.

It’s also important to note that gene transfer among genetically engineered agricultural crops and surrounding native species has given rise to a highly resistant species called super weeds. According to the world health organization, gene transfer and the movement of genes from GM plants into conventional crops or related species may have an effect on food safety and food security. “This risk is real, as was shown when traces of maize type which was only approved for feed use appeared in maize products from human consumption in the United States.” (3)

The truth is, genetic engineers have never taken the reality of gene transfer into consideration when they produce these things and introduce them into the environment. As a result, we are now starting to see the consequences of genes that are engineered, particularly how they spread and alter other organisms in various environments. Watrud et al (2004) found that the herbicide-resistance transgene spread via pollen to an area up to 21 km beyond the control area perimeter and had pollinated wild creeping bentgrass.(2)

Prior to this year, governments concluded that transfer of DNA from GM crops/foods is unlikely to occur. Now we can see that they are wrong, or perhaps they had knowledge of this already? Regardless of the fact that DNA from GM foods can be transferred to humans and animals, very little is still known today and what is known does not look good. There are studies linking GMO’s and pesticides to various ailments. We’ve presented and written about them on our website numerous times, this is another article to add to the growing amount of evidence to suggest we need to halt the production of GMO’s until we conclusively know that they are safe for human consumption.

It’s not a mystery why most countries around the world have completely banned GMO’s.

This article (Confirmed: DNA From Genetically Modified Crops Can Be Transferred Into Humans Who Eat Them) was originally created and published by Collective-Evolution.