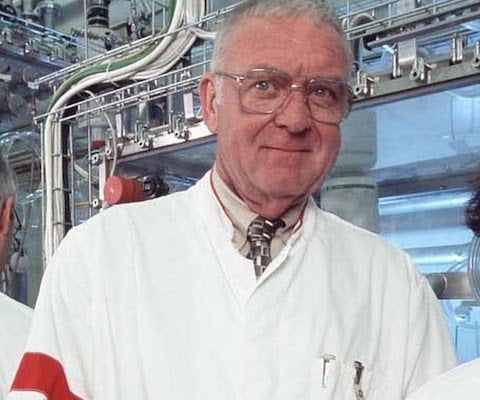 Within the past couple of years alone, the concept of geoengineering has sparked a growing  interest (which seems to be accelerating at a rapid rate) within the academic world.

It’s also ignited a heavy interest in policy making, which is no surprise given the fact that we are talking about “geoengineering” the entire global climate in response to global climate change.

That’s exactly what geoengineering is – a response to destructive human activity which we have yet to cease – and it involves injecting stratospheric particles/aerosols into the atmosphere to, again, reduce the effect of global climate change.

For example, SPICE  is a United Kingdom government funded geoengineering research project that collaborates with the university of Oxford, Cambridge, Edinburgh, and Bristol to further examine the idea of Solar Radiation Management (SRM).

Some of the candidate particles to spray in the air proposed by SPICE (to name a few) are (source):

Dr. Marvin Herndon, PhD., a nuclear chemist, geochemist, and cosmochemist – most noted for deducing the composition of the inner core of Earth as being nickel silicide, not partially crystallized nickel-iron metal – has published a groundbreaking paper in the peer-reviewed journal Current Science (Indian Academy of Sciences) titled “Aluminum poisoning of humanity and Earth’s biota by clandestine geoengineering activity: implications for India.”

The abstract reads as follows:

“In response to an urgent call through an article in Current Science for assistance to understand the geological association of high aluminum mobility with human health in the Ganga Alluvial Plain, I describe evidence of clandestine geoengineering activity that has occurred for at least 15 years, and which has escalated sharply in the last two years. The geoengineering activity via tanker-jet aircraft emplaces a non-natural, toxic substance in the Earth’s atmosphere which with rainwater liberates highly mobile aluminum. Further, I present evidence that the toxic substance is coal combustion fly ash. Clandestine dispersal of coal fly ash and the resulting liberation of highly mobile aluminum, I posit, is an underlying cause of the widespread and pronounced increase in neurological diseases and as well as the currently widespread and increasing debilitation of Earth’s biota. Recommendations are made for verifying whether the evidence presented here is applicable to the Ganga Alluvial Plain.” (source)(source)

The paper goes on to discuss and cite publications which have detected heavy metals like aluminum, barium, strontium, and more in rainwater, fly ash, and more. For example, during the period between July 2011 and November 2012, 73 rainwater samples were collected and analysed for aluminum and barium; 71 were collected from 60 different locations in Germany, 1 from France, and 1 from Austria.

It also discusses how these concentrations of metals are not the result of natural phenomenon, like volcanic explosions, for example.

This isn’t the only recent groundbreaking publication that comes from the world of academia regarding this phenomenon. A few months ago, Dr. Rose Cairns, PhD., who belongs to the University of Leeds School of Earth and Environment, published a paper in the peer-reviewed Geophysical Journal titled “Climates of suspicion: ‘chemtrail’ conspiracy narratives and the international politics of geoengineering.” She is also currently undertaking research into the Governance of Geoengineering as part of a multi-disciplinary collaborative project between Sussex University, UCL, and Oxford University (http://geoengineering-governance-research.org/). The project examines the social, ethical, and political implications of climate geoengineering proposals. (source)

In her paper, she describes developments in mainstream academic and political discourse regarding geoengineering, and how climate modification, also being discussed by the citizens of the world (who use the term “chemtrails”), is having devastating ecological and health effects worldwide. According to her paper:

“Understanding the emerging politics of geoengineering, and taking seriously claims regarding the importance of public participation, requires an understanding of the whole discursive landscape around ideas of global climate control – including marginal ideas such as those held by chemtrail activists. Ignoring or dismissing these discourses out of hand as pathological or paranoid is to ignore potentially revealing insights about the emerging politics of geoengineering.” (source)

She also mentions that:

“This analysis suggests a number of ways in which the chemtrail narrative may contain important insights and implications for the emerging politics of geoengineering that cannot be dismissed out of hand as ‘paranoid’ or ‘pathological’.” (source)

Although Dr. Rose is not a proponent of the “chemtrail conspiracy,” it’s great to see another published paper by an academic taking a neutral perspective, recognizing the importance of these claims rather than dismissing them outright.

The basic difference here is that geoengineering in the academic realm is strictly a proposal, and that these means of engineering Earth’s climate are still not operational. When it comes to the “chemtrail” advocates, they believe that they are operational, as does the academic described at the beginning of this article, along with many others.

Truth is, there seems to be a tremendous amount of information suggesting that these programs are indeed operational. Whether their intent is to modify the climate to combat the effects of global warming, or to further some other type of agenda, is still not clear.

Evidence Suggesting That These Programs Are Already Operational

“In recent years there has been a decline in the support for weather modification research, and a tendency to move directly into operational projects.” –  World Meteorological Association  (source)

“In addition to specific research programs sponsored by Federal agencies, there are other functions related to weather modification which are performed in several places in the executive branch. Various federal advisory panels and committees and their staffs – established to conduct in-depth studies and prepare reports, to provide advice or recommendations, or to coordinate weather modification programs – have been housed and supported within executive departments, agencies, or offices.” (source)