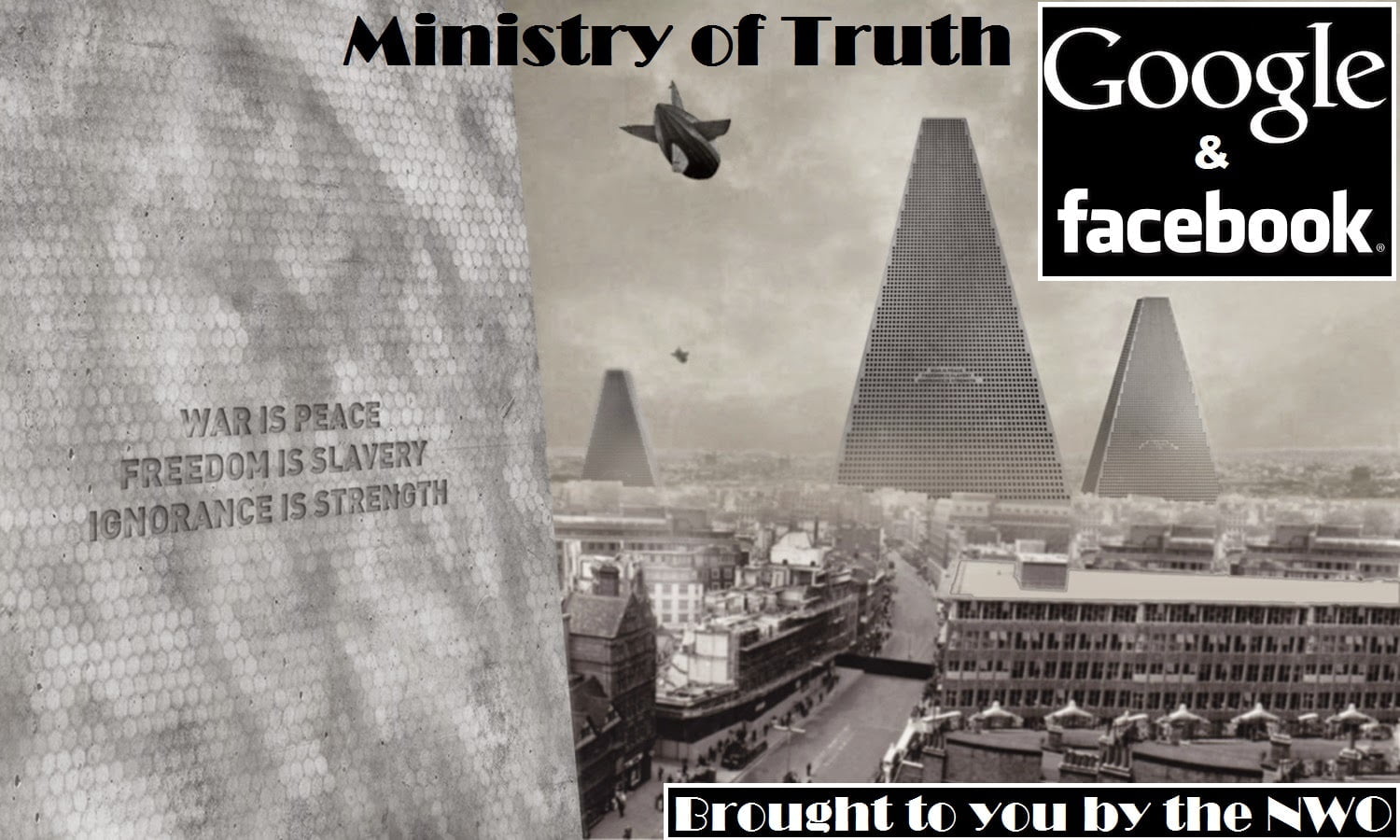 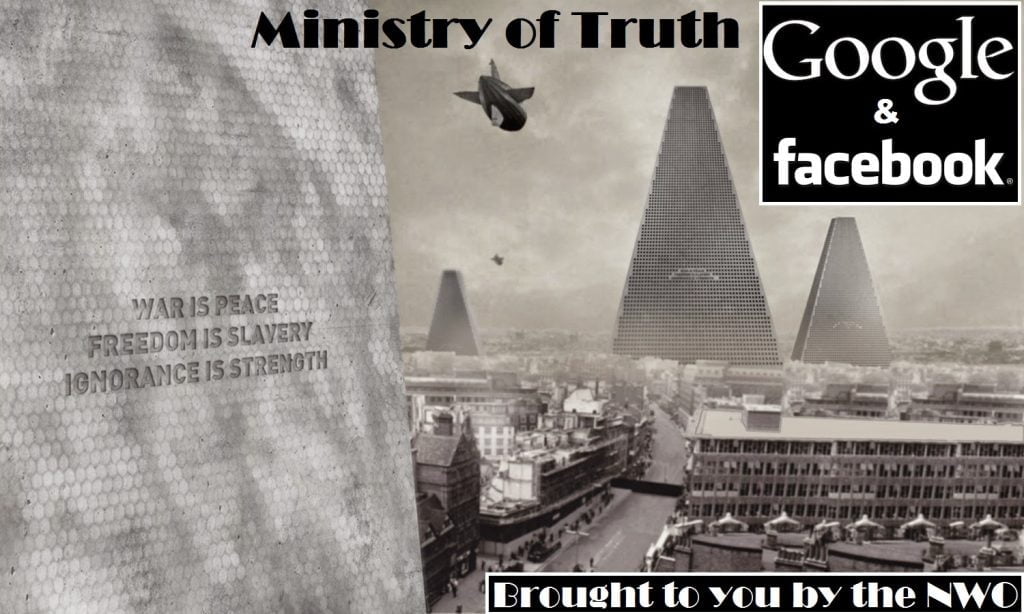 The “fake news” and “Russian propaganda” charges being leveled at those in the Alternative and Independent Media is laughable, pernicious and borne of an obvious agenda.

The idea that the MSM (Mainstream Media), such a widespread purveyor of fakery for so long, would have the audacity to accuse the Alternative Media of fake news is beyond hypocritical.

To call that hypocrisy would be doing a disservice and an injustice to the word “hypocrisy”.

The MSM has become a dinosaur relic of a former era where it dominated the means of communication and therefore controlled the narrative, all the while beholden to the Corporatocracy (Big Pharma ad revenue), Military Intelligence (i.e. CIA Operation Mockingbird) and even the plain old Government itself (to ensure it got access to the President etc.).

Those days are gone. Now the Alternative Media is in the driver’s seat, with more reach and viewers, and importantly, more credibility.

There are many ways this was evidenced, but a particularly good example was the topic of Hillary’s health, which the MSM was deliberately ignoring until Paul Joseph Watson (InfoWars) made a YouTube video on the subject which went viral.

Then the MSM was forced to cover it so they wouldn’t be perceived as out of touch (too late, chaps!).

The Alternative Media, although itself representing a broad spectrum of views and not always correct on every point, has busted MSM bias (on a good day), MSM fake news (typical) and MSM outright lies (frequent).

No One Does Fake News Better Than the MSM

The truth is that the MSM is the undisputed master of fake news. In my 2015 series Everything Is Fake – Top 40 Pieces of Fakery in Today’s World, I named the MSM as an institution that spews forth fake news.

Since they are a massive force in controlling people’s perceptions, they hold responsibility for a lot of the fakery around. After all, if MSM reporters (in general) did their jobs properly, they would fact check, research and refuse to publish lies, and thus refuse to instigate or perpetuate the fakery.

As it stands, the MSM has been caught over and over with its pants down, lying through its teeth. Remember how CNN reporter Charles Jaco fabricated the story he was getting bombed in Saudi Arabia… inside a CNN studio in America?

Remember how Sharyl Attkisson exposed that the CDC invented swine flu case numbers to hype a non-existent pandemic? What about all the green screen fakery used by the MSM?

The Mainstream Media has been caught faking news countless times, which had serious consequences worldwide:

The Endgame of the Fake News / Russian Propaganda PsyOps: Soft and Hard Censorship

Yes, the hypocrisy is laughable and absurd, but it’s important to look beyond that to see the dangerous agenda behind this latest move of the NWO controllers.

The “fake news” and the “Russian propaganda” PsyOps are connected; they are part of a larger push to bring about censorship.

This could either be in the form of soft censorship (creating distrust and poisoning the well so that people no longer trust the Alternative Media) or hard censorship (getting the government to pass laws restricting or banning certain websites in some way from transmitting their information).

These 2 mass mind control psychological operations may have started with the Clinton campaign’s desperate attempts to blame the alt right for Hillary’s waning popularity and blame the Russians for just about everything else (without any evidence). Both of these are occurring right now, both in Europe and the US.

Breitbart reports that EU officials are considering moving from non-legislative efforts to legislative ones (i.e. to hard censorship) in an effort to curb “hate speech” and “fake news”.

Again, at the risk of repeating myself, this is all backdoor censorship. The obvious target here is free speech.

Here’s what the article said:

“Speaking on Sunday [Dec. 4th 2016], the EU’s justice commissioner added “fake news” to the list of what they want censored online.
The “series of commitments to combat the spread of illegal hate speech online in Europe” developed “together with… the IT companies” included a promise to “review the majority” of flagged “hate speech” within 24 hours …
EU Justice Commissioner Věra Jourová told The Financial Times (FT):
“If Facebook, YouTube, Twitter and Microsoft want to convince me and the ministers that the non-legislative approach can work, they will have to act quickly and make a strong effort in the coming months.”
She added:
“The last weeks and months have shown that social media companies need to live up to their important role and take up their share of responsibility when it comes to phenomena like online radicalisation, illegal hate speech or fake news.””

Europeans – how do you feel about unelected executive bureaucrats deciding what is hate speech and fake news, and terminating your channel and silencing your voice if they think you’re in those categories?

If You’re Accused of Promoting Russian Propaganda, You’re About to Get Legally Targeted

It’s also happening in America, although the pretext is more based on the elusive concept of “Russian Propaganda“.

The Washington Post article which started all this (drawing on the mysterious “research” of an unknown organization behind the PropOrNot list of 200) has been soundly rebutted by some of the Alternative Media sites on that list.

Like all dangerous accusations or laws, the list is deliberately vague. Who decides what is fake news or Russian propaganda? Is it Russian propaganda merely to report on Syria or US-Russia battles from a non-US governmental approved point of view? Does that make one a propagandist?

What about reporting on Putin’s own words? Or Putin’s WW3 warning? Or Putin’s speech at the United Nations?

The Alternative Media is about to get targeted if this bill passes. The following is directly from HR 6393 (Intelligence Authorization Act for Fiscal Year 2017), which has passed the House and is on its way to the Senate:

“TITLE V–MATTERS RELATING TO FOREIGN COUNTRIES
(Sec. 501) This title establishes an executive branch interagency committee to counter active measures by the Russian Federation to exert covert influence over peoples and governments (with the role of the Russian Federation hidden or not acknowledged publicly) through front groups, covert broadcasting, media manipulation, disinformation or forgeries, funding agents of influence, incitement, offensive counterintelligence, assassinations, or terrorist acts.
The committee shall expose falsehoods, agents of influence, corruption, human rights abuses, terrorism, and assassinations carried out by the security services or political elites of the Russian Federation or their proxies.”

Conclusion: Beware of Sneaking Censorship in All Its Forms

Hopefully, most people will see through the “fake news” and “Russian propaganda” PsyOps and realize it’s all about limiting diversity of thought, reducing free speech and shutting down criticism and dissent.

To advance the NWO agenda, the controllers rely on inventing fictitious concepts and threats. They point to a problem that they themselves create. They paint others with a pejorative label that more aptly describes themselves.

They concoct threats like Russian propaganda when the real major problem is US (and by association UK-NATO-Israeli) propaganda.

It’s all a mind game. It’s all about scaring you, inducing emotional responses in you (getting you to react rather than think things through) and screaming the loudest in the hope that you won’t consider the situation and see it for what it is.

Despite these blatant attempts at censorship, the good news is that people are seeing through the lies of the true propagandists.

This article has first appeared on HumansAreFree.com. Publishers can republish it only if they keep all in-article links intact, include a working link to this article (not the homepage) and offer proper credit to the author (bio included).

About the author: Makia Freeman is the editor of alternative news / independent media site The Freedom Articles and senior researcher at ToolsForFreedom.com (FaceBook here), writing on many aspects of truth and freedom, from exposing aspects of the worldwide conspiracy to suggesting solutions for how humanity can create a new system of peace and abundance.