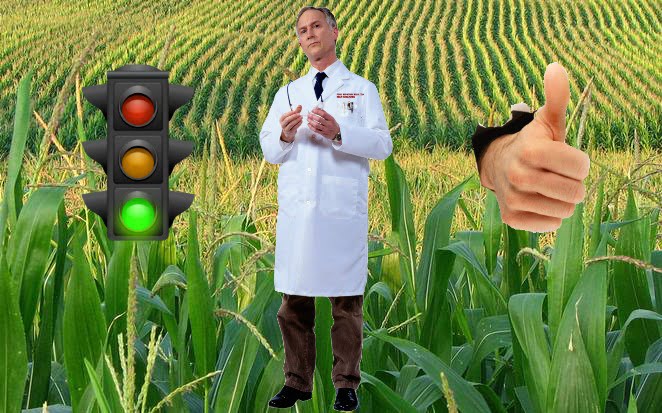 The Oxford Martin School is based at Oxford University in the UK and has set up the ‘Oxford Martin Commission for Future Generations’ (OMC). Bringing together international leaders from government, business and civil society, the OMC aims to address the growing short-term preoccupations of modern politics and business and identify ways of overcoming today’s gridlock in key international negotiations.

The OMC’s website says that this diverse group of highly respected global leaders has called for a radical shake-up in politics and business to deliver progress on climate change, reduce economic inequality, improve corporate practices and address the chronic burden of disease.

Any institution committed to radically shaking up politics and business should be both willing and able to call to account powerful private interests and not be compromised by ideology or conflicts of interest. However, campaigner Dr Rosemary Mason wrote to the OMC last year to state that such things do appear to be undermining its stated aims. She expressed concern that OMC commissioners have allegiances with various global corporations that could undermine the neutrality and credibility of the commission. She went on to name certain individuals and noted their links to corporate power.

For example, there is Sir John Beddington, Professor of Natural Resources Management for the OMC, and his position on the debate about genetically modified (GM) food and crops. Beddington was made Chief Scientific Adviser to the British Government in 2007. In 2012, he declared his faith in GM technology. Mason quotes him as saying, “And among those scientific wonders, the use of genetically modified crops has a particularly rich potential… Just look at the problems that the world faces: water shortages and salination of existing water supplies, for example. GM crops should be able to deal with that.”

A recent report says that during his visit to Australia, Beddington told ABC Rural news that politicians around the globe are ignoring the science relating to GM for the sake of short-term political opportunism.

He is quoted as saying, “If a politician completely ignores scientific advice, then they’re in danger of making policy decisions which will prove to be unutterably wrong.”

Beddington went on to argue for more rapid and sensible responses from policies that engage science and stated, “There is a movement in Europe which is just against any genetically-modified plant used for food [and] that is so naïve. There’s no doubt in the developing world, plants can be modified to be resistant to drought or insect pests and that is going to be very, very important moving into the future.”

He also claimed that the aim of gene editing is to produce plants that are resistant to droughts, pests and diseases, while boosting yields, which would be needed to feed a growing world population.

Beddington told ABC Rural that there was approximately two billion people experiencing malnutrition and these people either lack sufficient levels of nutrients needed for proper development or are eating too much poor-quality food. With 25 per cent of children dying in the first few years of life, he said that children were being robbed of their social and economic potential. In an era of so-called ‘anti-science’, he argued it was more important than ever that scientist ensured their relevancy within society.

What is sensible is to insist that this is the scientific evidence, you may not like it, but that is the evidence.

Taken at face value, much of what Beddington says might seem quite reasonable: a growing global population requires food, GM based on scientific evidence can provide it and naïve resistance, which is not based on science, is holding back the technology’s potential.

It’s a line of thought that we have heard many times before from proponents of GM. The purpose here is not to go over old ground and repeat what I or others have written in recent articles that take issue with some of Beddington’s views, especially regarding the science of GM and his wholly erroneous claims about critics holding anti-scientific views.

The wider context: scientists and development

However, the issue of ‘naivety’ is worth exploring. If there is any naivety around, it is not to be found within the ranks of those who question or oppose GM. In fact, the type of views Beddington expresses are driven by naivety or even worse: a failure to appreciate the reality of hunger, malnutrition, poverty and the nature of a global system of food and agriculture that is tied to corporate power.

Scientists are fond of telling everyone that GM technology can fix the world food problem. This assumes there is a ‘problem’ as they define it (food shortage); but any problem that does exist has less to do with the world’s inability to feed itself and more to do with political issues related to food distribution, access to land, inequality and so on as well as inappropriate models of economic and social development that have adversely impacted indigenous agriculture and regional food security.

As a technology, GM is but a tool. There may indeed be a need for it in certain situations, given proper testing and analyses of specific contexts and circumstances. However, you can roll out a technology and it can have disastrous consequences because of the context within which it operates. And you can roll out that technology knowing it will have many adverse effects but it will be highly beneficial to those who financially profit from that roll-out.

We just have to look at the outcome of GM technology since GM crops were commercialised over 20 years ago. Has it reduced pesticides use? No. Has it increased yields? No. Have companies who control the technology and its associated proprietary inputs (e.g. Roundup/glyphosate) made a financial killing? Certainly (see this, this and this).

Some 20 years of GM indicate that statements about the efficacy and benefits of GM are based more on wishful thinking than actual reality. GM has been dominated by giant transnational corporations who have used the technology to grow a select handful of crops, which by and large have been used to feed people in richer countries, not poorer regions where hunger and malnutrition persists. Moreover, GM has been integral to a system of food and agriculture in the US that fuels obesity, bad health and monolithic diets that are nutritionally poor. Also, in the US, farmers are squeezed and kept afloat by taxpayer subsidies so that Monsanto, Cargill and the likes of Wal-Mart can rake in massive profits.

People in the US now have a diet dominated by GM corn and soy. And where GM has been grown outside of the US, food security has been undermined, crops are grown for animal feed to be exported to rich countries and the planting of GM has led disease and illness places such as Argentina.

GM is being used by vested interests who seek to irreversibly alter the genetic core of the world’s food and rake in massive profits. This is why GM is not just about science – indeed, science might be a minor issue given the overall context – especially for poorer countries.

If we are to take India as an example, the Green Revolution was promoted by US corporations and interests that uprooted what was a highly productive system of agriculture. That system offered a diverse diet, and system was responsive to local climate and soil conditions. What we now have is drought, degraded soil, less diverse diets, nutritionally deficient crops and farmers placed at the mercy of rigged global trade rules as well as a whole range of other problems.

To say that GM will rectify problems related to drought, yields or climate change fails to acknowledge the damage already done and that GM – the way it is to be rolled out by foreign corporations – is only going to exacerbate things: a damaging corporate-controlled chemical treadmill followed by similar; this time a corporate-controlled biotech treadmill. The Green Revolution was never designed to ‘feed the world’. The same is true for GM. Such rhetoric is designed to mask the motives based on self-interest, geopolitics and profit.

In India, the World Bank and US companies are driving the development agenda. The push to drive at least 400 million from the land and into cities is already underway at the behest of the World Bank: a World Bank that India is seriously indebted to and a World Bank that is, under the guise of ‘enabling the business of agriculture’, committed to opening up economies to corporate seeds and agrochemicals and securing global supply chains.

The drive is to entrench industrial farming and displace the current productive system with one suited to the aims of foreign agribusiness and retail interests. This entails commercialising the countryside and replacing small-scale farming –  the backbone of food production in India (and globally), which is more productive than industrialised agriculture, more sustainable and capable of producing more diverse, nutrient-dense diets.

The ongoing issue to commercialise GM mustard in India is part of a push that seeks to restructure India to benefit foreign capital. By touting for GM, many scientists are (inadvertently) lobbying for a particular model of development. That development agenda regards the peasantry, small farms and India’s rural-based traditions, cultures and village-level systems of food production/processing as backward, as an impediment to ‘progress’. It regards alternative approaches to agriculture that have been advocated by numerous high-level reports as a hindrance: approaches that would in effect build on and develop the current rural infrastructure and not eradicate it.

Do people who promote GM without addressing the issues raised above really think that technology is a silver bullet? Do they think it is the key way to feeding the world – or to feeding an India that is already self-sufficient in key foodstuffs and could be more so if it were not for the effects of politically motivated WTO rules and World Bank directives?

By not addressing any of this, can scientists who tout for GM to the detriment of all else be regarded as ‘objective’? To dismiss all of the issues raised in this article and to ignore the model of corporate power that GM is wedded to demonstrates either gross naivety or an (unwitting) ideological allegiance to the political dogma of neoliberalism.

Rosemary Mason raised a valid point: allegiances to corporate power can and do undermine any chance of neutrality and credibility. Science certainly has a role to play in helping to deal with food and agriculture issues. But the problem is that some scientists feel a need to promote a technological innovation without looking at (or even wanting to look at) the wider context. By doing so, they fail to appreciate that the answer to poverty, hunger and malnutrition first and foremost lies in addressing the context and in not blindly promoting technology.