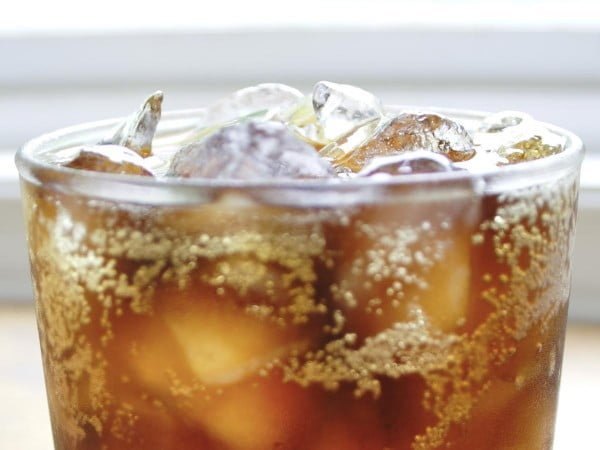 High-fructose corn syrup isn’t the only ingredient found in sodas that consumers should be concerned about. Pepsi and other sodas contain a toxic byproduct known as 4-Methylimidazole, or 4-MEI for short, that may be increasing your cancer risks.

Pepsi has come under fire for violations of California’s Proposition 65 in relation to 4-MEI. The Center for Environmental Health even filed a complaint against the beverage giant in 2013 due to their violations. Pepsi has since paid the organization some $385,000 and provided them with updates on product compliance, and a settlement was reached in 2015. Following that settlement, Pepsi “agreed to require its caramel coloring suppliers to meet certain 4-MEI levels in products shipped for sale to the United States, to ensure that the carcinogen’s levels will not exceed 100 parts per billion.”

As of 2016, a newer settlement will now be requiring Pepsi to apply the same product standards nationwide.

What is 4-MEI and why should it be regulated?

4-MEI is an impurity that is created during the manufacturing of caramel colors III and IV. The FDA maintains that they have “no reason to believe” that 4-MEI is carcinogenic. The agency is reportedly re-evaluating the public’s exposure to 4-MEI to ensure manufacturers are using it safely but is not currently recommending dietary changes.

This is rather perplexing because studies conducted by the federal government clearly showed that long-term exposure to 4-MEI increased the incidence of lung cancer in both male and female mice. The federal government’s findings even prompted the state of California to add 4-MEI to their Proposition 65 list of carcinogens. While there are no federal limits yet for 4-MEI, the state of California requires products that contain more than 29 micrograms (mcg) to be labeled.

The California Office of Environmental Health Hazard Assessment chose 29 micrograms as the “cut off point” because they concluded that amounts at that level or above pose a one in 100,000 risk of cancer — meaning that being exposed to that amount daily for a lifetime will result in no more than one excess cancer case per 100,000 people.

Urvashi Rangan, Ph.D., toxicologist and executive director of Consumer Reports’ Food Safety & Sustainability Center, believes that this amount is too high. “It’s possible to get more than 29 micrograms of 4-MEI in one can of some of the drinks we tested. And even if your choice of soft drink contains half that amount, many people have more than one can per day.”

Rangan explains that because colorants are deliberately added to foods, they should pose a negligible risk, which is defined as no more than one excess case of cancer per one million people. To meet that level, the experts at Consumer Reports say that sodas need to contain no more than 3mcg of 4-MEI per can.

Research on 4-MEI in soda

In 2014, Consumer Reports led investigative research on the amount of 4-MEI found in a number of different sodas. Between April and September of 2013, they tested 81 samples of different soft drinks from five separate manufacturers. In December 2013, another 29 samples were collected from the same five manufacturers. All of the samples were purchased in the California or New York metropolitan areas.

What they found was shocking: there was a tremendous amount of disparity and inconsistency among the samples. Most notably, samples of regular Pepsi from the New York area gathered during the first round of testing was revealed to contain an astronomical average of 174 mcg of 4-MEI. During the second round, samples from the same area averaged  32 mcg. The researchers also found that in general, New York samples boasted much higher levels of 4-MEI than their Californian counterparts.

The findings prompted Consumer Reports to petition the FDA for 4-MEI regulation and labeling. “Europe has labeling requirements and consumers in the United States should have the right to make an informed choice about what they are drinking and eating,” said  Dr. Rangan.

Following the Consumer Reports 2014 study, researchers from the Johns Hopkins Center For A Livable Future conducted their own research, which was published in 2015. Their research estimated average exposure to 4-MEI and modeled the potential cancer burden owed to the ingredient. What they found was that between 44 and 58 percent of people over the age of 6 consumed at least one can of soda per day.

Their data showed that current average 4-MEI exposure from soft drinks poses a cancer risk that exceeds the accepted negligible risk of one extra case of cancer per one million people.

Senior study author, Keeve Nachman — also the director of the Food Production and Public Health Program at the center, and an assistant professor at the Johns Hopkins Bloomberg School of Public Health — stated that their research indicated soft drink consumers were being exposed to an avoidable and unnecessary cancer risk thanks to an ingredient that is added for purely aesthetic purposes.

“This unnecessary exposure poses a threat to public health and raises questions about the continued use of caramel coloring in soda,” Nachman said.