Prepare For Change
Home Financial The A.I. Economy, An Open Secret: “Why The Market Never Crashes” 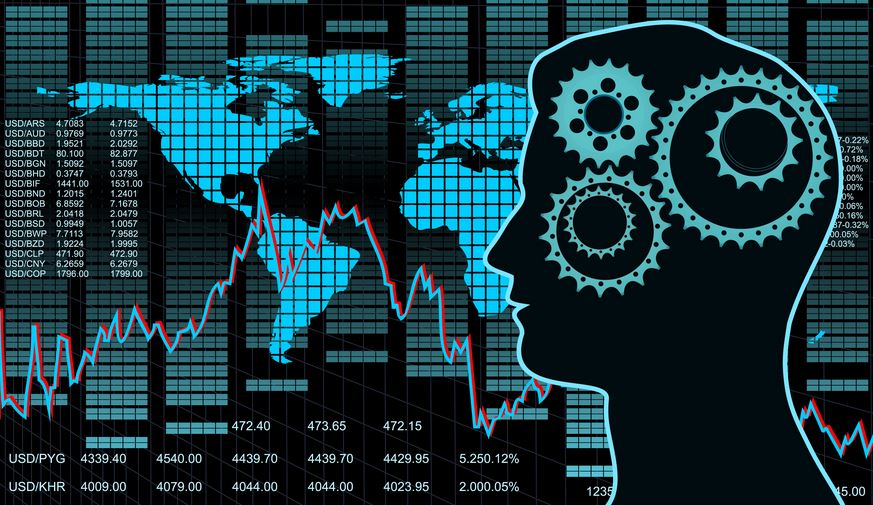 How are they keep this dying patient, the economy, together?

Perhaps we are long past the point of an organic, “real” economy. Instead, autotrading and artificial intelligence appears to be auto-investing into the stock market and other parts of the economy in order to keep it afloat.

Meanwhile, the individual will be increasingly barred from using cash, and forced onto a digital, tracking system.

Matthew McKinley of Texas Shrugged Books explains why he thinks that the system hasn’t crashed yet in spite of overwhelming systemic problems, and plenty of room for crisis.

Basically, everything is rigged, and we are at the mercy of a more organized, data-loving computer.

I am sick of the talking heads who all swore up and down that 2016 would be the year of collapse, and of course, it didn’t happen. All of these talking heads are so arrogant, they can never admit they were wrong. Saying “I was wrong” allows one to stop running down the wrong path, reassess, and find the right track. In my opinion some form of A.I. and supercomputer is injecting the system with “printed” money so nothing really fails. I am not just talking about banks. I think, at this point, “regular industry” of a certain size is also getting these magic funds. This is almost the only way to explain how nothing has really failed since 2009. This magic show will go on for as long as the rest of the world still covets our fake monopoly money painted green. So, if no group of countries begin using real money or any other way of rejecting the dollar by bartering locally for example, this system will go on that long. It could be another decade I just don’t know at this point, but it cannot go on forever. A system based on lies, manipulation, and fakery can’t go on forever.

So, is a supercomputer running the economy? Is that the big secret as to why things stay afloat – ultimately making the system more and more dominated by technology.

Things have been awfully shaky, and as McKinley argues, it only makes sense that a different kind of manipulation is taking place to keep things afloat.

As SHTF has previously reported:

Today’s financial ‘ecosystem’ is a set up for unfair advantage to those playing a game controlled by high frequency trading (run by automated computer algorithms) and secret ‘dark pool’ investors, as Ramsay sees it... the market is rigged against retail investors, has questioned the tactics involved in using algorithms to buy and sell shares in fractions of a second.

Financial trading expert and critic Max Keiser called the entire system a hologram, capable of masking deflation and inflation through the feedback loop of these computer algorithms, programmed behind the scenes to manipulate for human interests:

In place of reliable price signals (based on the supply and demand of buying and selling) we have price signals that are generated by computer algorithms; i.e., computers executing program trading, high frequency trading and algorithmic trading — that account for up to 70% of the trading activity on the NYSE (or 100%, if you consider any shares traded — not involved in program trading — can’t buck the pricing monopoly of the computers).

Program traders have a virtually infinite line of credit, pay virtually zero commissions, and are backed by banks on Wall St. with strong political connections who are ready to bail out any losing bets these computers make.

Plus, the computers are able to do something normal buyers and sellers can’t do. They can pick a price they want a security to trade at and then fill in all the necessary trading volume needed to get the price of the security to that point. In other words, you can program computers to rig markets.

Things are not what they seem; it isn’t your granddaddy’s financial market.

Real money no longer exists, and the rest of us are trapped inside of a system of debt slavery, fake news and bad info, and rule by fake money.