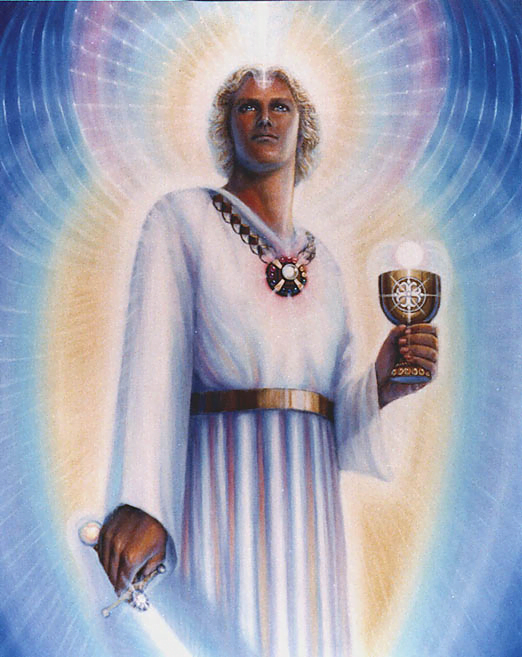 In this excerpt from my {Steve Beckow} reading with him through Linda Dillon, on March 10, 2017, Archangel Michael looks at the tie-in between the Reval, Disclosure, and Ascension.

He reviews the range of response to be expected from lightworkers and their nearest colleagues.

Thanks to Dana for our transcript.

Steve Beckow: Is there is temporal tie-in or synchronicity of (you have answered this partially, in the past) among the Reval, Disclosure, and Ascension?

Steve: Is there anything you want to say either privately to me or publicly about that?

AAM: From the very beginning I have endeavored, as much as an Archangel can endeavor (I am playing with you), to emphasize that what you have called the Reval has been about spiritual revaluation. That vision I have needed and will continue to need to bring to everybody’s attention, time and time and time again.

This is simply not about a temporal or a physical manifestation because one has committed to be a Lightworker. In fact the level of entitlement amongst many is appalling and I say that very strongly and very clearly.

It is not because you are the chosen people. It is because there is a need and an agreement and a soul agreement in the fulfilment of the Mother’s Plan that when the spiritual re-evaluation of enough people, and the commitment to truly change, takes place, then the physical manifestation of those resources come forth.

As we have said in the past, we do not make funds available to create dictators or for buying weapons of mass destruction or war.

Steve: Or châteaus in the south of France.

AAM: That is correct. That would be an abomination of the Mother’s Plan.

Now I am not talking about ease. In fact we have just spoken of the need for balance in every aspect of one’s life. So I’m not suggesting to you that you are given resources so that you can work 24 /7 on a project, or what you previously thought of as your job or work.

Because everything is an integrated whole and work and play and family and the entire list is of a whole. So humanity and those who are recipients of resources have need to be at a level of spiritual maturity to use these things wisely.

They are not just the recipients of a lottery. They are the guardians, the stewards of the practicalities to create institutions and societies that are kind and loving and, might I say, elevated; that are in alignment with the Mother’s Love.

Now there are those that have no knowledge, no association, no belief system that is in alignment with what you feel, or believe is the Lightworker/Loveholder community. That is not to say that they are not mission- and purpose-driven in the same way.

But their level of spiritual maturity in their pathways also has to be at a level where they can claim divine authority. Not to be the new cabal or illuminati or usurpers of power, but to create a balance upon this planet and, in our words, a world that works for everyone.

This delineation and even the opinions behind it, of have and have not, have need to be eradicated. So the level of maturity has need to be present.

Tomorrow he looks at lightworker entitlement and arrogance and confirms that Disclosure will be a group event.

Archangel Michael in a personal reading through Linda Dillon, March 10, 2017. In this excerpt from a personal reading with him through Linda Dillon, March 10, 2017, Archangel Michael acknowledges pockets of entitlement and arrogance among lightworkers, which are no longer acceptable.

He points to a level of spiritual maturity that will be needed to accomplish the work of the next, Post-Reval era. Thanks to Dana for our transcript.

Archangel Michael: But even within the Lightworker community, there are pockets of entitlement and arrogance that are not acceptable. So that needs to be very clear and it also needs to be cleared.

And if… Never mind. We will not say… Yes, I will say this. If they do not do it, it will be done for them. And that is not a threat. It is simply a necessity for the unfoldment of the Mother’s Plan.

Again, if there is not a vibratory match (and we don’t mean frequencies because your star brothers and sisters have the ability to adjust their frequencies. They are not simply physical shape shifters; they are frequency shape shifters as well) so, if there is not a match (and again; the emotional, mental, spiritual maturity to engage with them – not as them coming a saviours but as equals, as brothers and sisters, as family) then that could not occur. Especially the fear factor could not be present.

Now all of this is being cleared up. So is there an association between the Reval, between what you think of as Disclosure, which means the world community – yes, through leaders, coming together to say, “We welcome you”…

Steve Beckow: So a group disclosure…

AAM: Yes, we have said that before. So, a group disclosure and the ability to ascend as one rather than feeling that, “We are the Mother’s chosen ones and we get to go.” It is the ability to go as one.

So they are all like locked puzzle pieces. You are correct.

Steve: So how does the Reval… How can I say this? I’m trying to find out how they are linked up.

AAM: Think of it in this way. If you have a child – well, you do have a child – and you say, “Now you’re old enough I’m going to give you an allowance of a dollar a week. And out of that dollar a week I want you to be responsible to pay your Cub Scout dues and to take out the garbage and walk the dog.”

There is a sacred contract there and you are teaching responsibility because you have judged and you have discerned that your child is ready for that. It is not that you have removed your support or that you’re not watching very closely over them and then you monitor that.

That is why we have also said, (this is an aside) there will be several waves of abundance. So we give you the allowance and we see how you do.

If in your spiritual maturity, you go forth, and we believe you will (we strongly believe you will), [in the belief] that this unfoldment is underway and that you are demonstrating, not simply a primitive attitude or a tribal attitude but more of a global, universal attitude, then you are ready to not only meet with your star family but participate with them, their technology, their gifts, in community, to go forth in the next phase in the building of Nova Earth.

So then it becomes a cooperative venture, not something that is laid on and not something that you are doing all by yourself. It is an expansion that is beyond measure. Then in that expansion, you are also ready to reach a higher level of enlightenment.

AAM: You have received several upgrades in terms of what you would think of as your levels of enlightenment. So it is not that those adjustments have been absent. But let us also say that right now if you were to complete your full ascension, many of you would not bother to stay and finish the creation of Nova Earth.

Steve: So you really have to meter it out to us, so to speak, so as not to send us flying off into some other pursuit?

AAM: That is correct.

Steve: But we will have enough to do the job, enough smarts, enough heart…

AAM: Think of it as growing every day. Then you are given more responsibility, more allowance, and more cooperation. You begin to fully see us and engage with us. Many of the Masters return. So that you’re given all that you need to expand like a flower blossoming.

(1) Archangel Michael in a personal reading through Linda Dillon, March 10, 2017.