Prepare For Change
Home Awakening The Occult or Hidden Meaning of Catholic: Why Catholics are Servants of... 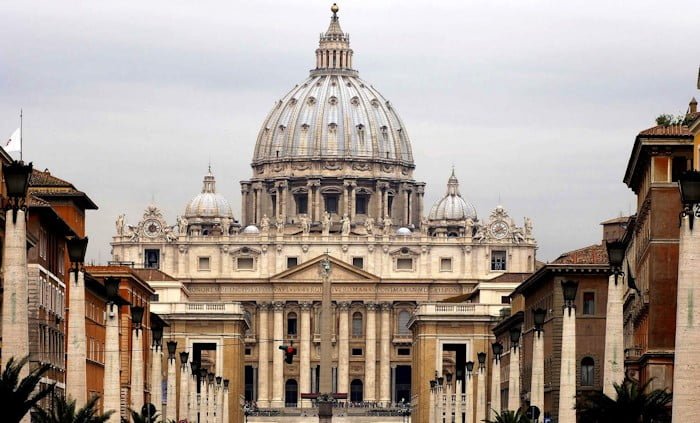 The Overt Definitions of Catholic

According to Dictionary.com, the word Catholic means “universal in extent; involving all; of interest to all” or “pertaining to the whole Christian body or church”. Here is a short history of the word Catholic from the Catholic Encyclopedia:

The word Catholic ( katholikos from katholou — throughout the whole, i.e., universal) occurs in the Greek classics, e.g., in Aristotle and Polybius, and was freely used by the earlier Christian writers in what we may call its primitive and non-ecclesiastical sense. Thus we meet such phrases as the “the catholic resurrection” ( Justin Martyr ), “the catholic goodness of God ” ( Tertullian ), “the four catholic winds” (Irenaeus), where we should now speak of “the general resurrection “, “the absolute or universal goodness of God “, “the four principal winds”, etc. The word seems in this usage to be opposed to merikos (partial) or idios (particular), and one familiar example of this conception still survives in the ancient phrase “Catholic Epistles” as applied to those of St. Peter, St. Jude, etc., which were so called as being addressed not to particular local communities, but to the Church at large.

The Occult or Hidden Meaning of Catholic

One of the origins of the word Catholic comes from the Latin word catholicus, meaning “universal, general”. Based on this definition and all the previous definitions, the word Catholic means “universal”. To find the hidden meaning of the word Catholic, you need investigate the Jesuit Extreme Oath of Induction. This Oath was recorded in the Journals of the 62D Congress, 3d Session of the U.S. (House Calendar No. 397. Report No. 1523) Congressional Record – House, 15 Feb. 1913, pp 3215-3216. Below is an excerpt of this oath from TheForbiddenKnowledge.com.

I_______________ , now in the presence of Almighty God, the blessed Virgin Mary, the blessed St. John the Baptist, the Holy Apostles, St. Peter and St. Paul, and all the saints, sacred host of Heaven, and to you, my Ghostly Father, the superior general of the Society of Jesus, founded by St. Ignatius Loyoly, in the pontification of Paul the III, and continued to the present, do by the womb of the Virgin, the matrix of God, and the rod of Jesus Christ, declare and swear that His Holiness, the Pope, is Christ’s vice regent and is the true and only head of the Catholic or Universal Church throughout the earth; and that by the virtue of the keys of binding and loosing given His Holiness by my Saviour, Jesus Christ, he hath power to depose heretical kings, princes, States, Commonwealths, and Governments and they may be safely destroyed. Therefore to the utmost of my power I will defend this doctrine and His Holiness’s right and custom against all usurpers of the heretical or Protestant authority whatever, especially the Lutheran Church of Germany, Holland, Denmark, Sweden and Norway, and the now pretended authority and Church’s of England and Scotland, and the branches of same now established in Ireland and on the continent of America and elsewhere and all adherents in regard that they may be usurped and heretical, opposing the sacred Mother Church of Rome. …

I do further promise and declare that I will, when opportunity presents, make and wage relentless war, secretly and openly, against all heretics, Protestants and Masons, as I am directed to do, to extirpate them from the face of the whole earth; and that I will spare neither age, sex or condition, and that will hang, burn, waste, boil, flay, strangle, and bury alive these infamous heretics; rip up the stomachs and wombs of their women, and crush their infant’s heads against the walls in order to annihilate their execrable race. That when the same cannot be done openly I will secretly use the poisonous cup, the strangulation cord, the steel of the poniard, or the leaden bullet, regardless of the honor, rank, dignity or authority of the persons, whatever may be their condition in life, either public or private, as I at any time may be directed so to do by any agents of the Pope or Superior of the Brotherhood of the Holy Father of the Society of Jesus.

Based on the information in this article, the hidden meaning of the word Catholic is the “Universal Church of Rome“. When you hear or see the term “Universal Church” on the news or internet, they are often talking about the Roman Catholic Church, which is a religious organization controlled by the Vatican located in Rome. One of the Vatican’s goals is to unite all the churches of the world with the Pope as the leader. To achieve this, it uses its militia (e.g., the Jesuits and Knights of Malta) to destroy anyone or any organization that opposes the Pope and the Roman Catholic Church.

Why Catholics are Servants of the Holy Roman Empire

One very important thing you need to know about the Pope is that he is one of the leaders of the Holy Roman Empire. Because of this, the Vatican and its subsidiaries (e.g., the Roman Catholic Church) are controlled by the Holy Roman Empire. This empire is alive and well today and is working hard from behind the scene to rule the world again.

Most followers of the Catholic religion have a kind heart, but they are ignorant (lacking in knowledge) and gullible; therefore, they have no idea what it really means to be a catholic. To be a catholic means that you are a servant (slave) of the Universal or Catholic Church of Rome. You are also a servant of the Pope, the false prophet.