Prepare For Change
Home Awakening What you need to know about Margaret Sanger, Founder of Planned Parenthood 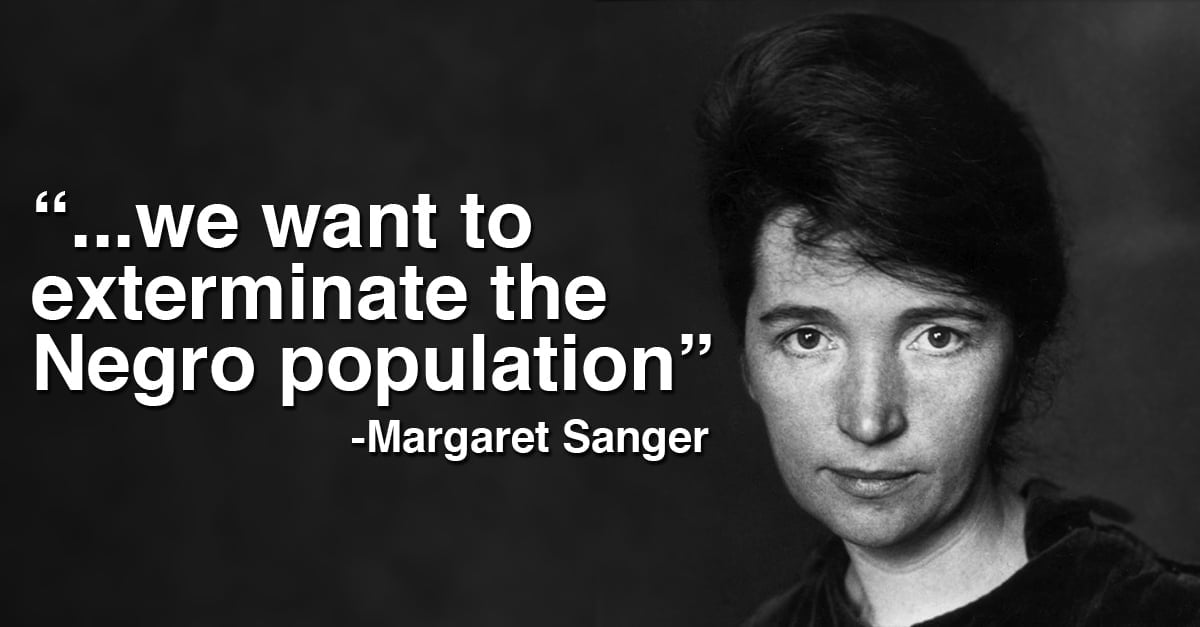 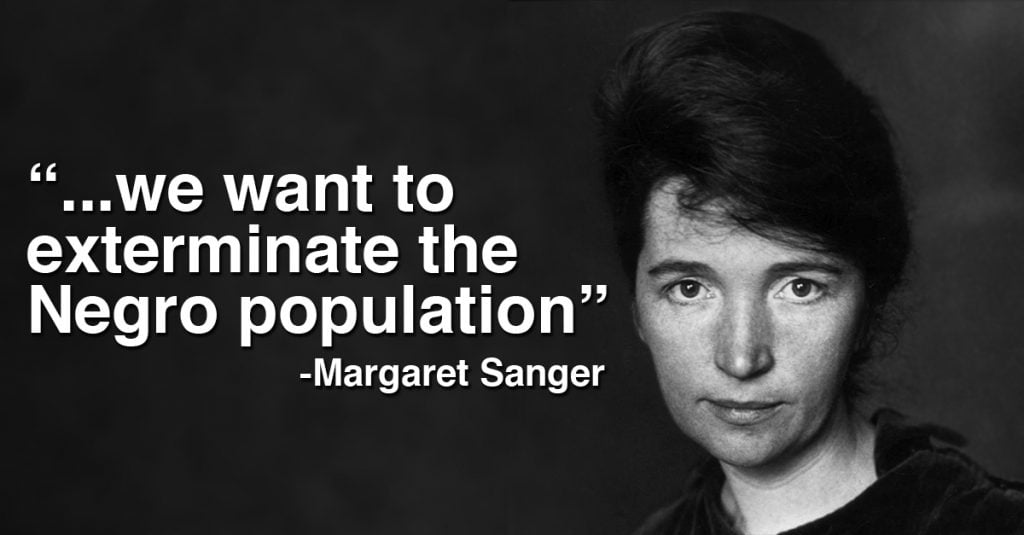 “[Our objective is] unlimited sexual gratification without the burden of unwanted children… [Women must have the right] to live … to love… to be lazy … to be an unmarried mother … to create… to destroy… The marriage bed is the most degenerative influence in the social order… The most merciful thing that a family does to one of its infant members is to kill it.”

No, that was not taken from Hitler. That’s a quotation from the patron saint of the feminists and Hillary Clinton. And the above words were not a one-off moment of insanity. There’s more where those horrendous thoughts came from.

“We should hire three or four colored ministers, preferably with social-service backgrounds, and with engaging personalities. The most successful educational approach to the Negro is through a religious appeal. We don’t want the word to go out that we want to exterminate the Negro population. And the minister is the man who can straighten out that idea if it ever occurs to any of their more rebellious members.”

“As an advocate of birth control I wish… to point out that the unbalance between the birth rate of the ‘unfit’ and the ‘fit,’admittedly the greatest present menace to civilization, can never be rectified by the inauguration of a cradle competition between these two classes. In this matter, the example of the inferior classes, the fertility of the feeble-minded, the mentally defective, the poverty-stricken classes, should not be held up for emulation. On the contrary, the most urgent problem today is how to limit and discourage the over-fertility of the mentally and physically defective.”

“Mentally and physically defective” as deemed by who? Well eugenicists, of course. And how do you solve unfit people from reproducing? Sterilizing them and aborting their offspring. Lovely woman, Margaret Sanger.

“Instead of decreasing and aiming to eliminate the stocks that are most detrimental to the future of the race and the world, it tends to render them to a menacing degree dominant … We are paying for, and even submitting to, the dictates of an ever-increasing, unceasingly spawning class of human beings who never should have been born at all.”

“Birth control must lead ultimately to a cleaner race.”

Nope, not Hitler. But we can see where you might be confused, what with all that talk of cleaner races and stuff. Isn’t this woman a peach? Wouldn’t you hold her up as the hallmark of feminism?

“One fundamental fact alone, however, indicates the necessity of Birth Control if eugenics is to accomplish its purpose…Before eugenicists and others who are laboring for racial betterment can succeed, they must first clear the way for Birth Control. Like the advocates of Birth Control, the eugenicists, for instance, are seeking to assist the race toward the elimination of the unfit.”

“And the government should “give certain dysgenic groups (those with ‘bad genes’) in our population their choice of segregation or sterilization.”

“There is only one reply to a request for a higher birthrate among the intelligent, and that is to ask the government to first take the burden of the insane and feeble-minded from your back. [Mandatory] sterilization for these is the answer.”

Had enough? Let’s get in just one more…

“Hordes of people [are] born, who live, yet who have done absolutely nothing to advance the race one iota. Their lives are hopeless repetitions… Such human weeds clog up the path, drain up the energies and the resources of this little earth. We must clear the way for a better world; we must cultivate our garden.”

At least Margaret Sanger was thrown in jail, but only because it was illegal to pass out birth control “devices” at that time. She wouldn’t be thrown in jail today, she’d be defended by the leftists and their media. Progress.

Margaret Sanger was a eugenicist, an elitist, a Nazi. Today she’s a hero to the far left feminists and abortion advocates. They revere her. Do you think anyone who supports such a disgusting woman would object to butchering children? No. It’s all part of the plan for a cleaner race.

Margaret Sanger and her cultish followers are what evil looks like. If you wanted to know…

By Courtney Kirchoff and Anthony Mittelo