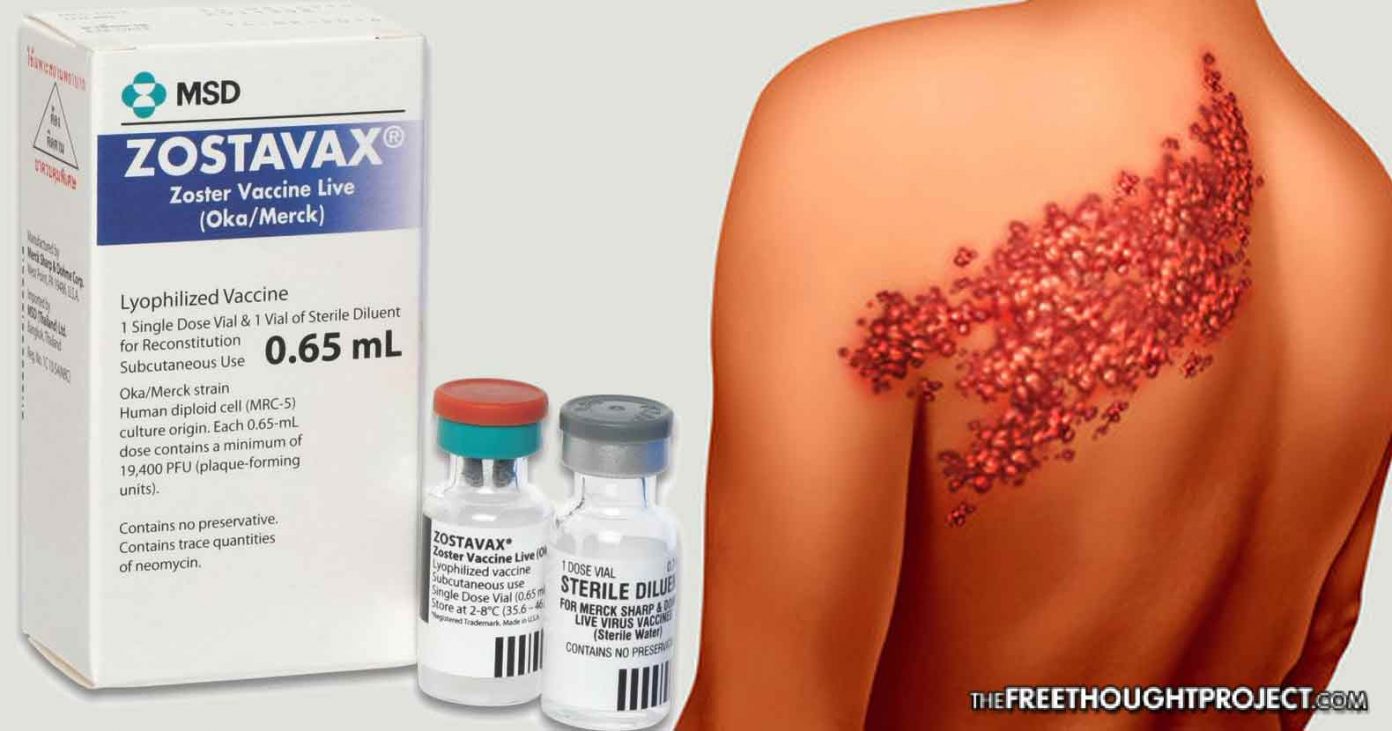 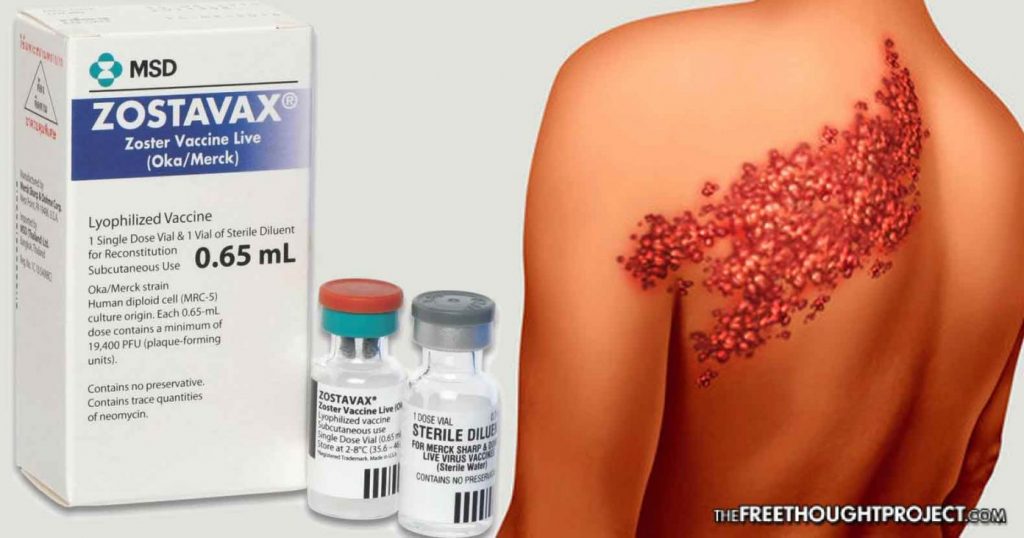 Attorney Troy Bouk was recently interviewed by Ring of Fire’s Farron Cousins to discuss the shingles vaccine Zostavax, the issues related to its effectiveness and the problems that are associated with the product, including the fact that the drugmaker’s vaccine seems to cause the very affliction that it seeks to prevent — and, according to a massive lawsuit, thousands of victims agree.

While we have everyone from attorneys to biologists, to political scientists who contribute to the Free Thought Project, none of us are doctors, so we do not make recommendations about what you and your family should do in regards to vaccination. That being said, the drug makers have an incentive for you not to see this information which means it will not be reported on in the mainstream media as their advertising dollars are tied directly to these companies. So, we find that it is our duty to spread this information and with your help sharing it, we can have a massive effect.In the interview with Cousins, Bouk explained that Zostavax is made with a live strain of the shingles virus and described thecomplications that are associated with shingles. Shingles is caused by the varicella-zoster virus, which is the same virus thatcauses chicken pox. The varicella-zoster virus lies dormant in people who have had chicken pox, but sometimes the virus reawakens and produces shingles.

The virus often manifests as a painful rash, and can also lead to encephalitis, vision loss and postherpetic neuralgia. Bouk said that the virus sometimes “tends to get into your central nervous system, and then, once in there, it wreaks some havoc by usually causing swelling which ends up with these other medical problems. That’s the situation with the vaccine itself, is that Merck hasn’t warned anyone about those indications.”

Cousins asked Bouk about the effectiveness of Zostavax, to which Bouk replied: “The FDA has approved the vaccine for people 50 years of age and older, whereas the CDC only recommends that those individuals 60 years of age and older get it. The reason is that once you have had the Zostavax shot, the FDA says it only lasts for about four years. It’s not proven to last any longer than that. Let’s say you’re 55 years old. It may stay in your system till you’re 60, but you actually are at the greatest risk of getting shingles when you’re in your 60s. That’s why the CDC recommends that you really don’t get it until you’re in your 60s, because that’s probably when you’re going to need it the most.”

Book’s claim regarding the CDC’s recommendation is indeed correct. According to the CDC’s website, the agency specifically advises Zostavax to be given to people aged 60 and older and does not provide a recommendation for people between the ages of 50 and 59. The CDC warns that people in the 50-59 age group who receive the Zostavax shot may lose the vaccine’s protection benefits by the time they reach age 60, stating that “adults vaccinated before age 60 years might not be protected later in life when the risk for shingles and its complications are greatest.”

Despite the CDC’s caution against administering Zostavax to people under 60, the FDA approves the vaccine for people age 50 and older, and Merck uses the FDA’s approval to market the vaccine to that age group. Zostamax sales reached $749 million in 2015.

The true efficacy of Zostavax is unclear. The CDC states that the drug “reduced the risk of shingles by 51%” based on a study of 38,000 people age 60 and up. Reuters reported that Zostavax’s effectiveness “varies between 18 and 70 percent, and it declines noticeably in older people.”

A second shingles vaccine from drug manufacturer GlaxoSmithKline, Shingrix, may be available if the FDA approves their filing. Shingrix, a two-dose vaccine, distinguishes itself from Zostavax because it’s derived from a protein of the virus rather than a live strain. The efficacy of Shingrix is more impressive, as Reuters noted that “in clinical trials, GSK’s vaccine remained 90 percent effective in people over age 70, even four years after injections.”

Merck has explicitly stated that those who receive the Zostavax vaccine “may still get shingles.” However, Bouk argued that some people may be contracting shingles as a side effect of the vaccine itself due to the live virus strain in the vaccine, not because people are experiencing shingles despite the vaccine.

Bouk went on to say that “there is a study out there that shows that in 50% of the patients that actually get the vaccine, that sometimes they don’t get shingles — the virus goes straight to manifesting in the central nervous system. It’s possible that you could get the vaccine and get meningitis or encephalitis without ever actually exhibiting shingles.” Bouk advises that patients weigh the risks of Zostavax before receiving the vaccine.

While GSK seeks approval of Shingrix, which could lead to their product edging out Zostavax, a large number of claims have been filed against Merck. The Mark J. Bern Partners law firm “is currently representing nearly 5000 claimants and has thousands more filings to follow.”

Marc J. Bern said that his firm has been “investigating this drug for quite some time. We steadfastly believe in the merits of this litigation. This vaccination is at best 50 percent effective. Either it is not effective or it causes shingles or a host of other side effects.” Bern added that “what is most troubling is that Merck had a better alternative on hand when this product was released.”