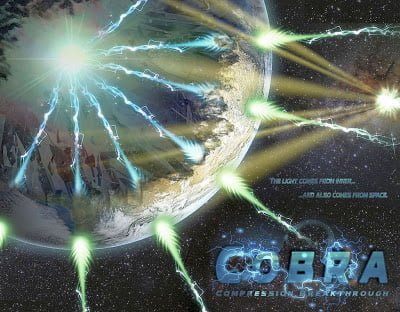 Although drastic action was taken, the situation with directed energy weapon attacks upon Lightworkers and Lightwarriors is far from being resolved and the following article still needs to go viral, translated in as many languages as possible and posted on blogs worldwide:

Here I need to repeat again that the main reason the Light forces do not intervene more directly are plasma toplet bombs:

As plasma strangelet bombs have already been removed successfully, so will be plasma toplet bombs and that will lead to the Event. As soon as the presence of plasma toplet bombs falls below a certain threshold, the Light forces will address the directed energy weapons situation very drastically if it does not get resolved more peacefully until then.

On top of those weaponized attacks, a massive disinformation campaign against the key Lightwarriors on the planet has been engineered by the etheric and plasma Archons, manipulating personality weaknesses of certain people, “suggesting” them to attack. It started immediately after I published this article about directed energy weapons:

A certain individual that „has no idea of what he is talking about“, has released a public attack against me, and there was enough awareness to quickly put that into perspective:

To put it again very simply: I have released the directed energy weapons article to bring awareness, NOT to spread fear. Only awareness can transmute such situations. Denial will not make them go away. In fact denial which led to passive allowance is the main reason why concentration camps in World War 2 were even possible.

A few days later, a similar attack targeted Corey Goode and that was quickly put into perspective too:

It is true that Corey Goode and David Wilcock were not very open to cooperation, but they still did a huge contribution towards the planetary liberation. Although together with my network I am powerful enough to positively influence the planetary situation, imagine what we could do all together if we would cooperate! 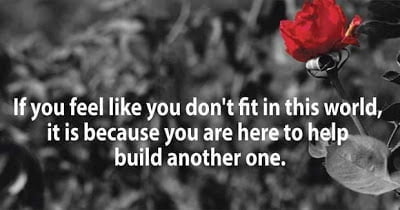 To help clarifying the issues, the Resistance has asked me to briefly provide my perspective on Corey Goode’s intel.

Through my sources I can confirm: existence of secret space programs, spheres in the Solar System, extensive ancient ruins throughout the Solar System, ruins in Antarctica (and also in Amazon delta, gulf of Aden, bay of Bengal, north of Long Island…), giants in stasis

Through my sources I can NOT confirm: existence of Anshar, Corey Goode’s recent experiences beyond the surface of this planet

I also know beyond any shadow of doubt that main Atlantis civilization was in the middle of Atlantic ocean, with precise location revealed in this post:

All this is a lesson for many people in the Lightwarrior and Lightworker community to start using discernment. True discernment is not possible on mental level, it can only appear when you make contact with your Soul, your higher self. Then you simply KNOW.

Until then, the following two articles can help:

If we focus again on the planetary situation, the North Korean conflict node still needs to be dissolved:

I would also like to bring massive abuse of basic human rights in North Korea to public awareness:

There is now a strong worldwide campaign to expose the Cabal. The following genuine testimony has reached over 1 million people:

Evidence about a child abuse ring extending all way up to UK royal family has been recently released:

Jared Kushner is identified as being his handler:

Probably you already know that Kushner owns this building:

But most likely you did not know that 666 Fifth Avenue is the home address of Rockefeller Grand Lodge, the main masonic lodge of the Rockefeller faction of the Cabal (link in Spanish, you can google translate):

The Eastern Alliance is now speeding up their preparations for the Reset:

Iraqi Dinar, Vietnamese Dong and Zimbabwean Dollar are NOT the key currencies in the coming financial Reset.

People are becoming more and more aware that taxation is theft:

The idea of universal basic income is getting more and more support, and now even Cabal is considering using it in their own version of the partial, fake Reset:

Needless to say, only full Reset with abundance to all humanity is an option.