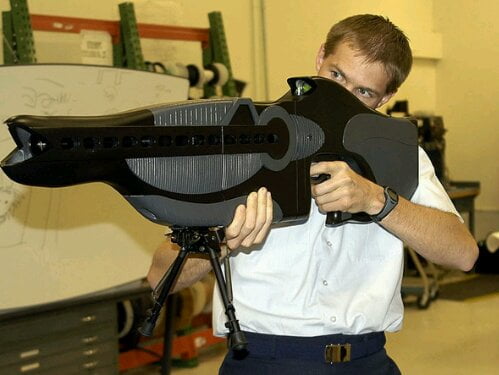 Please read the following notification carefully as it requires actions on your part and might have legal implications for you and your office in future.

I am writing to inform you of large-scale human rights violations and systematic physical attacks on the civilian population within all countries of the world using modern electromagnetic weapons and neuro-weapons, often in combination with non-consensual implants and covertly administered nanotechnology. 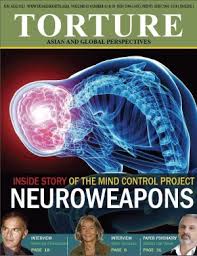 What makes these weapons particularly dangerous and devastating for societies is that they act covertly. Using the fact that electromagnetic waves propagate without being noticed by humans and can penetrate walls, these weapons can be used to destroy human life and permit the perpetrators to escape detection.

The systematic and clandestine nature of the crimes and their striking similarity around the world indicate that it is a global program run by the international military-intelligence complex committing premeditated mutilation, torture, systematic subjugation and a silent genocide of parts of the population. It amounts to crimes against humanity and a global death camp program.

I am writing to formally request that under you statutory duty to investigate crimes against humanity, protect the civilian population from acts of terrorism, communicate matters of national importance to your government and uphold human rights, or otherwise, you pass on this message to the relevant authorities and you yourself act within your means to ensure that all victim cases are investigated and that these large-scale criminal operations are shut down in your country by 1st June 2017.

The actions you take in response to this communication will be followed up over the coming months and, should it turn out that you chose to ignore this notification and your duties to act to stop these crimes and to support the victims, you might be charged with, for example, official misconduct, malfeasance in office, dereliction of duty, conspiracy, aiding and abetting crimes against humanity, high treason or your legal system’s equivalent of such offences. Should that be the case, you will be called to account and held liable in one of the upcoming court or tribunal cases for crimes against humanity.

The attacks on victims are launched from mobile directed energy weapon units as well as telecommunication infrastructure such as cell towers and satellite systems. This is an integrated weapons system that has been built up covertly around the world. The weapons system is now fully operational around the world and is destroying innocent victims’ life in the millions and is subverting nations covertly. Individual victims are hounded and tormented by the national surveillance networks, encircled by perpetrators at all times and systematically tortured and mutilated with electromagnetic as well as ultrasonic weapons in public as well as in their homes. 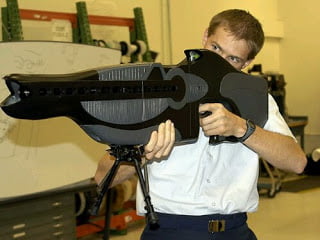 The assaults exploit the fact that beams from electromagnetic weapons are silent, invisible and can penetrate the walls of buildings such that victims can be assaulted everywhere without leaving traces that lead back to the perpetrators. By these means, victims are effectively placed into individual concentration camps that are erected around them by the intelligence agencies, corrupted members of law enforcement and their network of criminal operatives.

This operation is accompanied by targeted slander campaigns, infiltration and subversion of every aspect of victims’ life, including their social circle, their family, their work place and especially their medical care. Operatives enter victims’ home clandestinely, damage property, sabotage computer equipment directly or remotely, poison food and run harassment campaigns to psychologically disintegrate the victims so that they are eventually driven to suicide or are murdered.

The electromagnetic and neuro-weapons have capabilities that transcend anything that the world has experienced in terms of weapons technology in the past. Due to their ability to attack and manipulate biological processes, inner organs and the human nervous system as well as neurological processes,these devices are the most dangerous weapons produced by mankind to date.

The effect on humans is devastating as the weapons can simulate many illnesses, cause pain and organ damage, brain damage, strokes, heart attacks and death. The most common form of harm through the use of these weapons is DNA damage and tumour formation and eventually cancer. DNA damage in the reproductive eggs of women alters the mitochondrial DNA and thus damages entire future generations. The operations of these weapon systems is therefore a threat to the future of humanity itself.

Another insidious aspect of these weapons is that they can be used to impair, alter and control human bodily functions, movement, behaviour and even thought processes often without the  realisation of the victim. This can be used to subvert the functioning of every aspect of human endeavour from personal relationships, business endeavours, to democratic processes and the national security infrastructure of a nation.

Mobile directed energy weapons come in all sizes and have various capabilities. They are hidden by the perpetrators in adjacent properties, cars, drones, planes and even parts of the national infrastructure. Agents of the surveillance networks carry assault weapons in bags and rucksacks.This covert weapons system is fully integrated and centrally controlled. Victims who fled to other countries discovered that their assault protocol travels with them and is continued by the local surveillance and law enforcement system in whichever country they reside.

From what could be established from declassified documents, the organisational matrix of the assault teams follows the protocol used for the death squads run by the large intelligence agencies in, for example, Vietnam and South American countries. It is of paramount importance for national security to stop this terrorism and shut down the funding and the systems that enable its proliferation.

The weapons technology itself has largely been classified for a very long time. There are, however, countless publicly known cases from around the world where the weapons have been applied to individuals over many years with the intent to intimidate, torture, maim and murder. From the testimonies of those victims, many of whom have shared their plight online on blogs and through social media, publicly known patents and declassified documents, we know of the devastating effect of these weapons and the staggering scale of the crimes being committed around the world.

Please assist us in stopping this global silent Holocaust.

TARGETED INDIVIDUAL and a member of THE WORLDWIDE CAMPAIGN AGAINST ELECTRONIC TORTURE, ABUSE AND EXPERIMENTATION