Prepare For Change
Home Ascension Are You a Human Being or Just a Programmable Life Form? 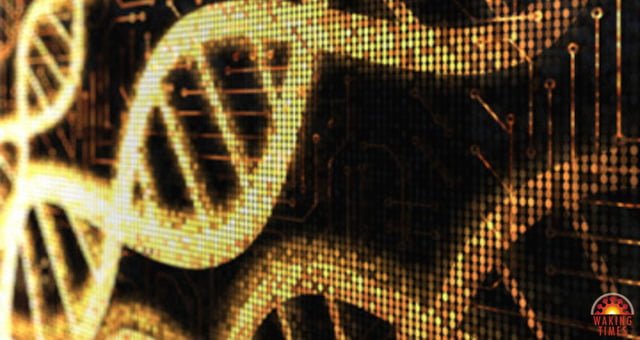 There is no clear line dividing science fiction and reality. If we can think it, we can create it, and so the world becomes a stranger and more interesting place by the day. This applies both to our individual universes within, and with the outer world at large.

We really have no idea at all what it means to be a human. We don’t know where we come from or how we got to this shining gem of a planet. We don’t know why the earth is covered with the mysteries of antiquity and the monolithic footprints of giants. We certainly have little understanding of our fate, nor much of the heavy forces at play against us.

But we do have the brilliant spark of consciousness as well as free will to help mould our 3-D experience during the wink of time that passes from birth to what we fear is death. We are in a sense programmable life forms, and so the question is, what are being programmed with and by whom?

The Science Fiction Side

Programmable life forms (PLFs) are thought to be artificially created biological organisms that move about autonomously, yet within the operating parameters prescribed to them by their creators.

Some surmise that PLF’s are nano-sized creatures designed to invade the human body to influence its performance, affect the mind in some dastardly way, or to collect information. Others say PLF’s are more complex extra-terrestrial creatures, similar to grey aliens, or other cold entities, perhaps created by the military or alien scientists, tasked with analyzing and influencing human behavior, with experimenting on us as well as ruling over us.

Public information about this is sketchy at best, with some claiming that the Pentagon and Black-Ops military programs have already pioneered and deployed these technologies for purposes of psychological and physical warfare. Others believe that PLF’s are part of a sophisticated array of mind-control technologies presently engaged in manipulating the human race, along with HAARP, chemtrails, GMO’s, nano-fibers, vaccines, ELF’s, and so much more.

The common thread is that PLF’s are thought to be artificially-generated, yet somehow biologically living creatures, confined to a pre-programmed range of awareness which determines their function and behavior, along with their purpose and mission.

Creepy stuff to be sure, but don’t many people act as programmable life forms? Don’t they behave as though they’ve been given a script to read and a character to play? Don’t most of us seem to be performing a predictable role in this matrix, mindlessly obedient to the whims of the main stream?

As human beings, we ourselves are indeed programmable life forms, influenced by incomprehensible collage of internal and external factors, suggestions and demands. We are anything but static beings.

Atomically, we are stardust, made up of atomic matter held together by the influence of universal forces. Deoxyriobonucleic acid, DNA, is the most fundamental community of molecules in all life, containing the genetic information that determines the type of life form and it’s physical characteristics. At this level, our genetic makeup determines one’s basic characteristics by directing cellular activity, and science is fast at work exploring and debating the possibility for gene manipulation to program human beings to adopt more favorable traits such as resistance to certain diseases and resistance to addictive behavior.

We are what we eat, and we are what we think, and the human body is affected by our environment and whatever we consume, either consciously or unwittingly. The mind is an impressive machine that responds to education, cultural and religions influence, peer pressure, trickery and manipulation. Philosophy can change how it operates, as can propaganda, and the psyche is an instrument of extreme sensitivity, capable of the subtlest communication, yet prone to developing abhorrent blind spots, depending on how it is trained.

The holistic composition of the human being also determines our level of happiness and our ability to adapt to and thrive in the day-to-day conditions of life. In this way, as integral beings, if we are being influenced on one level, the effects radiate outward to each other part of our make up. If something goes wrong at the cellular level, disease can overcome and destroy the body. If something negative occurs at the spiritual level, this can have impact physical health, mood and even personality. From our spirit to our DNA, to our body to our mind, we are comparable to computers which perform functions in accordance with whatever software or program is loaded.

Human beings are multi-dimensional entities made up of a complex array of inter-dependent and evolving systems. We are dynamic creatures at every level, and each part of our make up is the product of whatever influences we accept. In this manner, the overall health, wellness, condition, and behavior of a human being is hardly a matter of chance, but instead, we are the ongoing product of an ever-changing amalgam of many inputs, internal and external, seen and unseen, positive and negative.

The Greatest War is the War on Consciousness

There is a great war happening right now, far more significant than any theatre of military operations. It is a war to alter human consciousness in such a way that our lives play out in chaotic, confusing, depressing struggles, never quite understanding the true value of our lives, always falling again and again for the lowest of political tricks and schemes, acquiescing to war and institutionalized theft while ignoring corruption and contempt.

Either we acknowledge our dynamism and work to insert beneficial programs and habits into our lives, or we stumble on as programmable life forms, performing whatever task we’ve been told to, remaining blind to our potential destiny as stewards of a prosperous, peaceful and beautiful planet.

Perhaps the existence of PLF’s is truth. Maybe it’s half-truth, or not at all, who really knows? The average person has no direct contact with advanced science like this, so it’s impossible for most of us to know what is actually happening in the realms of the top-secret or of the alien.

What we do know for sure, however, is that we are capable of awakening, of expanding our own individual and communal consciousness, the very aspect of life which animates our material bodies, and demonstrates that we have more power and control in our lives than we are told. It is up to each of us to commandeer our personal evolution in defiance of a warped and deadly system which has us all targeted for extinction.