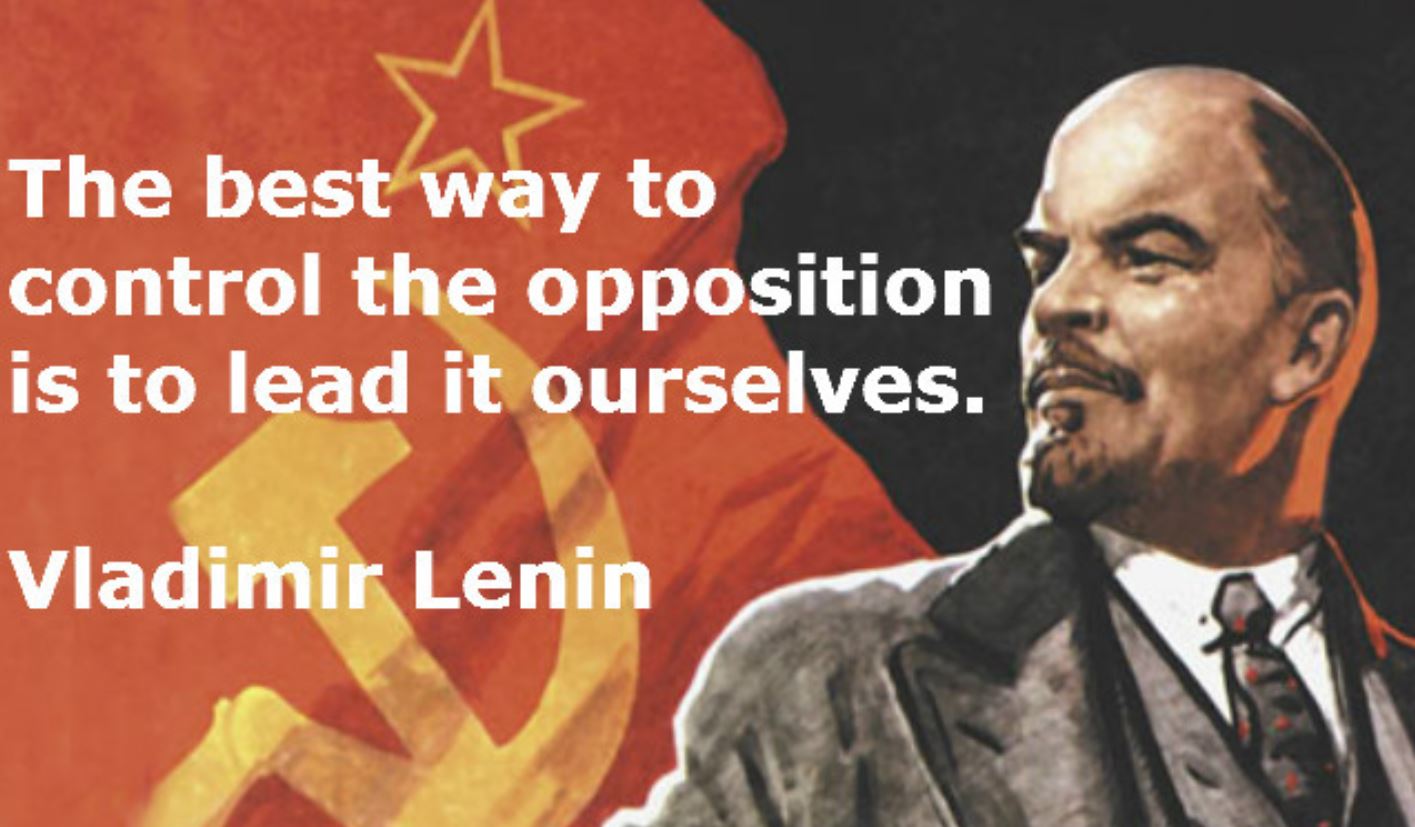 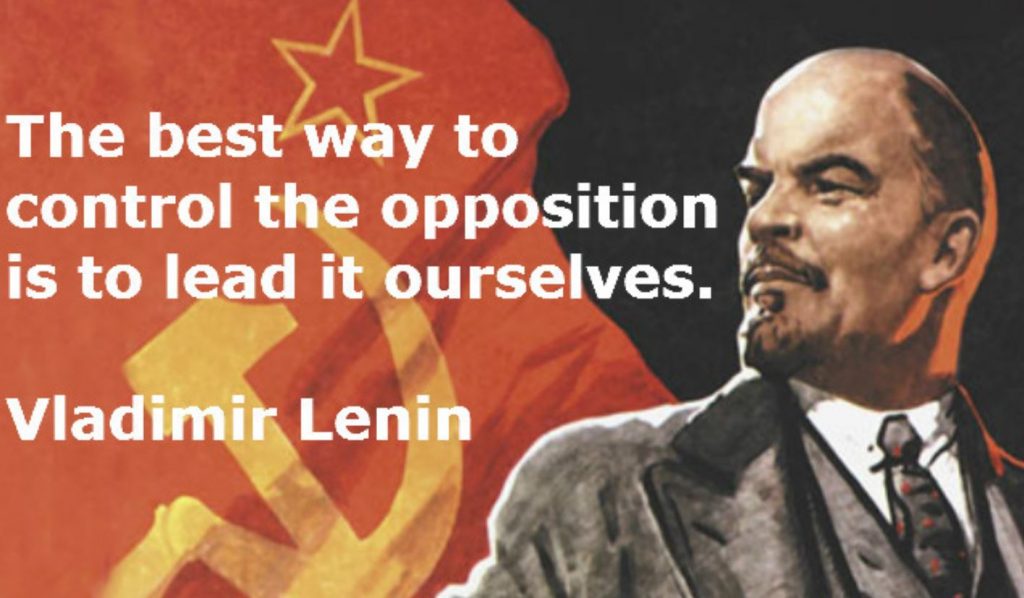 Ever wonder why nothing ever changes? Two words: Controlled Opposition.

Controlled opposition is counterintelligence propaganda and is carried out today, legally, under the Smith-Mundt Modernization Act. It’s all an Act. And the Act is part and parcel of Social Engineering, the systematic molding and brainwashing of the individual mind to conform to group-think and one preferred ideology. Controlled opposition turns a captive audience into a captured herd with an accepted institutionalized message.

Living in the institutionalized system that we do means that one small group can infiltrate grassroots organizations to change the perception of reality for all. By programming through the educational system and the media, an entire nation can be demoralized within a span of one generation or 15 to 20 years. Controlled opposition exists to subvert and undermine “The Truth Movement” to protect The Establishment.

When truth is subverted, new information cannot be accepted or believed even if evidence to the contrary is presented, that is, until the system crashes. As experienced by many under the Marxist/Leninist regime, those who do not fall in line, those who revolt against the message, the “dissidents” who promote equality, are squashed.

Despite living in the Age of Information, humanity has reached a state of powerlessness, unable to defend itself, the family, the community, or the country. The appearance of freedom is illusion where both sides of a debate are controlled at the top. Any natural disaster or act of terrorism becomes an opportunity for opportunists to remove more freedoms.  The Establishment sets up the fall by framing the debate as “pro vs. anti.”

This manipulation has played out over the past thirty years in American Vaccine policy as a psychological operation or Psy Ops. Without a true opposition, vaccine mandates are implemented and enforced to corral the entire herd of “sheeple” in cradle-to-grave forced vaccinations under the Healthy People 2020 Act.

Once we become aware of the machinations, we are no longer dupable. We cannot un-see the façade. Everything changes.

The Establishment frames the vaccine debate under Vaccine Compliance. It uses science to protect itself, while keeping everyone distracted in arguments because science is debatable by its nature. Science cannot solve world problems or come to any broad conclusions since it deals in value judgments. Science can only ask a question and provide an answer for a defined set of parameters.

The two sides of the vaccine debate are the same message spoken with different words.  The frame of The Establishment (CDC) says, “Vaccines are safe and effective.” The controlled opposition says, “We are not opposed to vaccines. We just want safe vaccines.” They are value judgments in a discussion where morals are excluded.

Because life and truth is ever-evolving, in multiple dimensions, science changes and adjusts itself. Science is only one point on a continuum of truth. Anything else is Scientism, a religion based in the belief that only scientific claims are meaningful. Morality says, “First, do no harm” and apply the Precautionary Principal to prevent harm.

The moral narrative would say, “There is no such thing as a safe vaccine,” making the entire vaccine debate null and void. Morality recognizes that a “safe vaccine” is an oxymoron and a contradiction. This is why under controlled opposition, moral judgments cannot be aired.

The false messenger is the wolf in sheep’s clothing. This person is selected to undermine and garble the message of truth and freedom and must, therefore, toe the party line or he/she will not be chosen to be “a voice of the people.” They often use charisma and charm to “win” people over but they do not have mutual or reciprocal relationships.  People are to be used, possessed, exploited, or controlled, rather than loved. Their methods are cunning. They appear less aggressive. Being right is a personality trait and they will do whatever they need to in order to stay “on top.”

The voice of controlled opposition focuses on the science and the removal of one toxin from vaccines- mercury – as a ruse. There no mention of aluminum, nanoparticles of inorganic lead, cadmium, chromium, tungsten, iron, bismuth, stainless steel and gold-zinc aggregate, formaldehyde (carcinogen), MSG, gelatin, glyphosate (carcinogen), GMO, microorganisms, spermicides, aborted fetal cells, retroviruses, and the list goes on. Poison by any other name is still a poison.

The controlled, simulated message is stated, “I am not “anti-vaccine” – a double-negative meant to confuse. Other acceptable memes include: “I am pro-vaccine.  We must make a safer vaccine. ” The chosen spokesperson is someone everyone can admire, a Golden Boy American Royalty in Robert F. Kennedy Jr. who repeats a mantra and fits the profile. Celebrity worshipers bow down to the false messenger and nothing changes – except that mandates become law.

Under a system of organized crime that defrauds the pubic to spread a controlled message, those who are able to see the ruse must have an open mind for the new information to get in. They must be able to weigh the information in a new way. They must not think with their heads but feel with their hearts and use their intuition. They must choose not to associate with fraudsters. They must be clear in their own message. They must reframe the message or risk being framed themselves.

The cavalry is not coming to save us. We save ourselves. The “aliens” are not coming to take our freedom. They are already here working behind the scenes, reinforcing the fence. When three generations have been indoctrinated through fear-based, social engineering, it is only possible to end the Act by calling it out, reframing the message, and refusing to participate. If we do not take back the language, then we are lost sheep where no one is able to trust the message of the Truth Movement. We must also go beyond our hyper-focused physical reality – what we see, hear, and speak – to the realm of the spirit and the space of compassion and love, if anything is going to change.