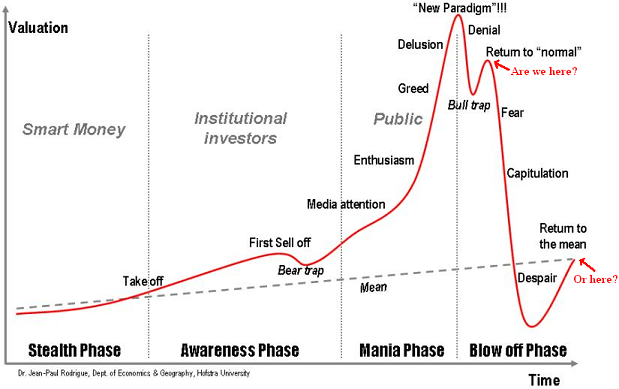 No, the Financial Reset hasn’t happened yet.

The anxiety in the world of non-consensual reality is gaining pace with the uptick in “incoming energies from space”.

A gigantic load of poorly discerned information has been unleashed upon the already or newly awakened beings (and with already overloaded brains) in the last few years, in the direction of that pivotal moment in “time” where all that accumulated energy would blow off the lid and let the “genie” out of the bottle.

I never sought to be in line with any herd mentality, even if the herd is “alternative” or non-mainstream or non-consensual reality biased (perhaps this is rooted in some deep twisted pleasure of just being contrarian!).

Before I jump into the financial “intel” I would like to make some remarks about “intel” coming from the social media outlets and alternative media sites, whatever they may be, including this site where I publish this specific article.

Social media was designed to screw with your brain, specifically your emotions (blue = mind control anyone?).

Alternative media is only now starting to grow weary of the importance of holistic thinking, aka “discernment”.

I’m not advising you to dump your Facebook profile just yet, simply because, despite all of its flaws, a critical mass of users still manages to flip the table and make it somehow useful in spreading the truth, each one’s truth.

Having this in mind we have to come to grips with the idea that the internet being heavily polluted like it is, works like a “reality enhancer”, were each one’s reality bubble get’s disproportionately and pathologically large, destroyed or fragmented. 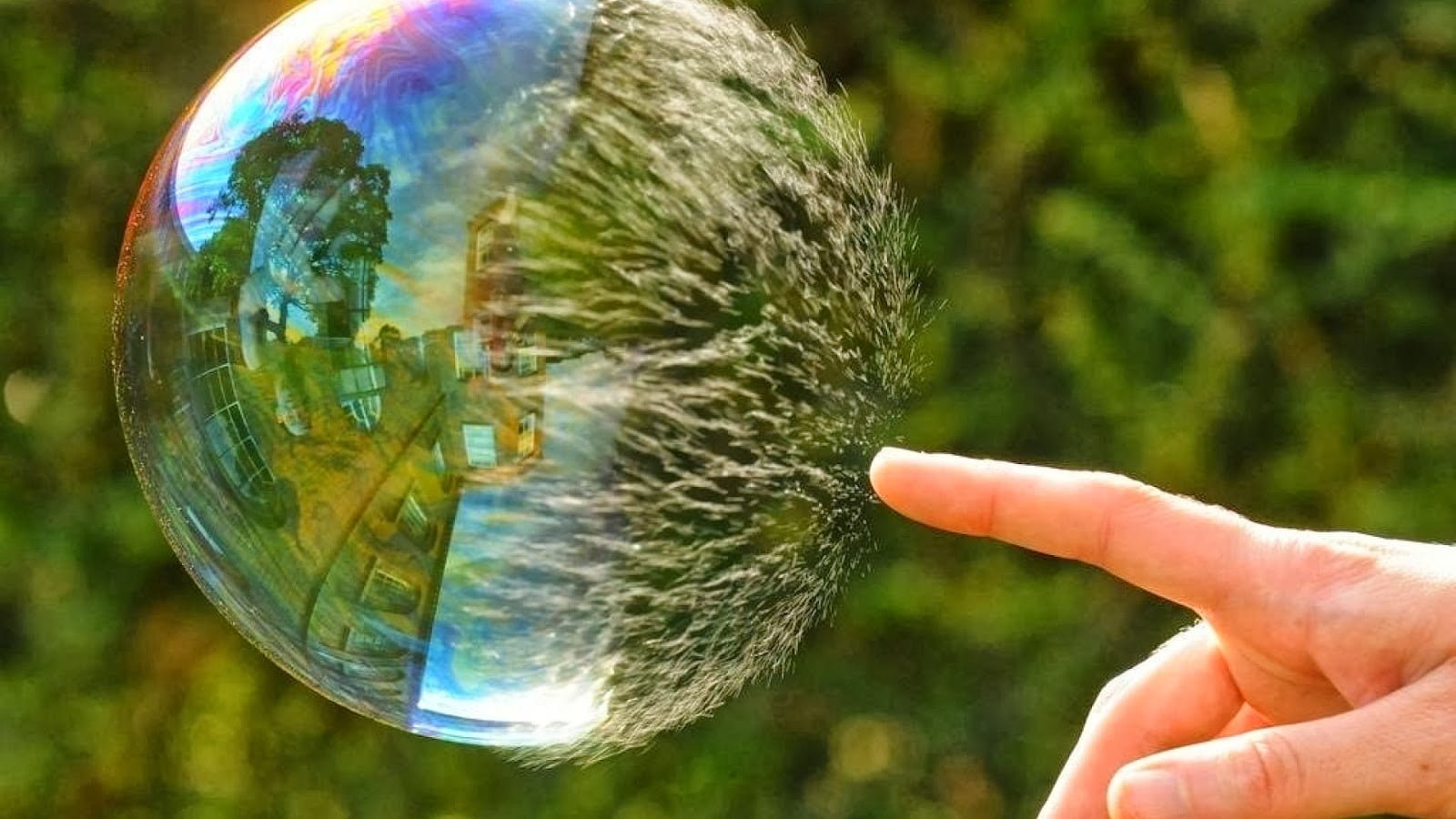 The “real” reality begins at home, in our communities, in our countries, from where many are eager to scape sometimes, creating augmented belief systems that connect them to realities they wish to exist.

The point here is that, if you want to travel the path of holistic thinking (“discernment”) you must be available to connect yourself to your “near space” reality, which is usually called “being grounded”.

The fastest and simple way of doing this is, of course, connect to Nature and seek higher vibration people and places.

This is not easy to do nowadays, depending on your life circumstances, and therefore it makes discernment something which is much easier to talk about than to practice.

Nevertheless, you can’t understand economics if you don’t get how Nature works.

There are many definitions for what “economy” means but I would like to skip that part and just give you mine:

Following this logic pattern the road to abundance should be to the one that INCREASES any data or energy transfer in your closest reality (low vibe stuff usually just stalls it or decreases it).

Now getting back to the financial “intel” department.

What does “financial” mean? Again I would skip the conventional definitions and just give you mine: 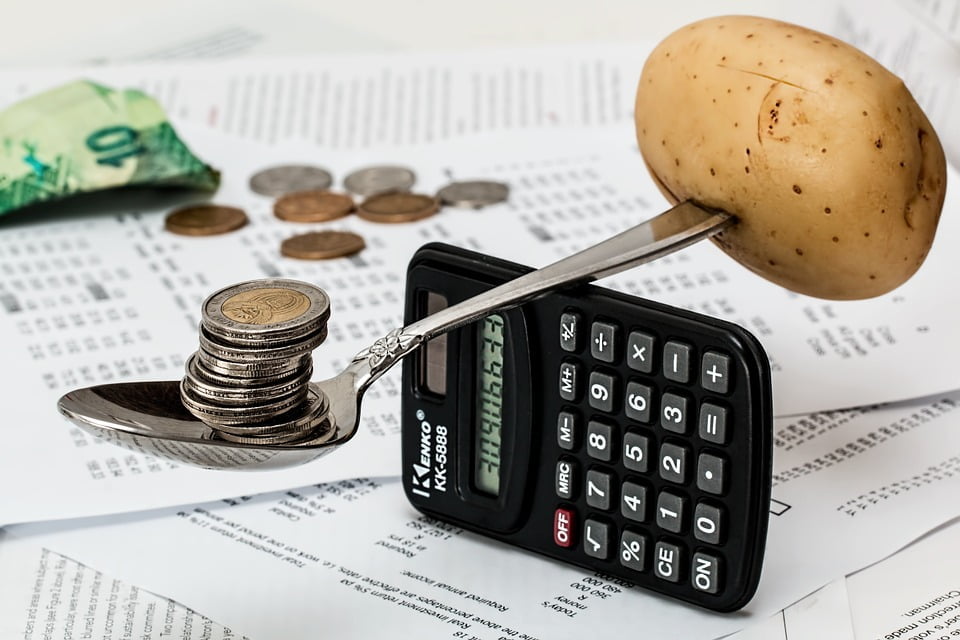 We know that the current financial system was designed to extract energy and it’s based on a closed system – totally opposed to Natural Laws which we intuitively feel and function within opened systems (no loss of energy, always transfer) and accumulate energy and information over time.

Recently this video claiming that the Reset has begun and the new financial system is crypto based has been put out by someone which I respect much, and opinions I have the highest consideration for.

I don’t do trading advices and I don’t piss in the woo-woo pound much (just a bit occasionally) but I felt this deserved a broader perspective, a more holistic one, so that we make sure we’re not just creating another “herd”, neither fueling lower vibration stuff, just because crypto’s are the “hottest trend” out there.

Just like I’ve said in my very first article, I stand my ground by saying again that the “new financial system” will end up being like something hybrid.

Fiat based products will coexist for some time and will be strongly debased through hyperinflation in basic items and services, once the plug is pulled.

The “plug” can be several things. It could be official announcements formalizing the end of the petrodollar (“New Bretton Woods”) and the introduction of asset backed SDR’s, sovereign debt settlements announcements, criminal charges against the Federal Reserve, mass arrests or all of them. It will not be a big stock market crash. Why? Because all stock markets are kept afloat by central banking, one way or the other, and by the time the sock markets have totally crashed, central banks would already went down in flames, I’m pretty sure of that…

One thing is certain: it will NOT go down quietly as mentioned in the above video.

Fiat money is an unquestioned belief, a belief system that is part of most of the western world’s “consensual reality”.

What no one is considering is the traumatic effects that it could trigger on the masses. Besides realizing collectively that they were mentally ill, several scenarios may play out for the masses: 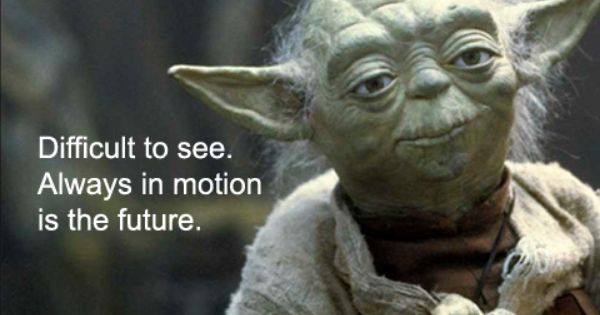 So it’s possible to forecast right now that whatever type of Reset we have, cryptocurrencies are just a part of the bigger picture, just as any new sovereign asset backed money.

There are two types of interesting strategies for wealth management, in my perspective, right now. It just depends on your circumstances.

I advise it if you are extremely focused on specific projects, go all in, do your thing and when you reach your target get out. Plain and simple. Minimize the risks. Sniper mode. 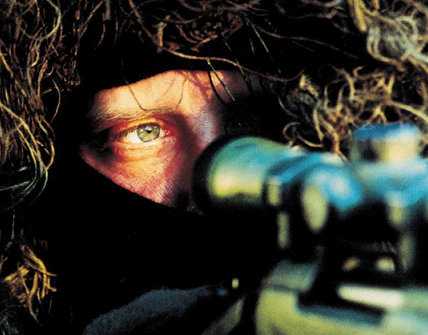 But if you’re looking to just safeguard your wealth against the “crumbling of the Empire” perhaps the strategy may not be that different, in essence, from someone that doesn’t have any financial capital to spare, like the majority of people that now lives in financial bondage.

The most important financial strategy has always been to minimize the risks by increasing diversity:

Understand first that we’re entering a new paradigm where financial capital monopoly will be taken away from central banks, which means that ALL other forms of currency will be appreciated. A liberalized monetary system will obey by the rules of innovation and we will collectively choose what suits us best, on a local level first (remember that Human beings are tribal in nature and that hierarchical and centralized control structures were imposed over time).

If you want to secure some cryptocurrencies the best way to do that is to harvest them by accepting payments with them. If you’re a natural / holistic therapist or healer, if you provide any sort of paid service just create a virtual wallet, educate yourself about security and user issues and jump right in. This would be the best way of protecting your financial capital with cryptocurrencies.

The cryptocurrencies trend is up, but your Fiat money is going down relative to it so, if you intend to transfer ALL your spare Fiat money into crypto’s, at this point it would be considered just panic buying herd mentality without any rational to support it. Remember each time someone dumps Fiat money to cash in Bitcoins it’s just fueling further debasement of Fiat money in relative terms. Fiat money will take some time to be phased out of circulation so we should keep some balance here and avoid shooting ourselves in the foot. If Fiat money exists for much longer it will destroy us but if it goes down too fast it will take us down with it also. It’s a parasite that must be removed cautiously. Makes sense?

If you have some Gold or Silver or you’re thinking about acquiring some just remember that the masses are pretty much into e-money, and carrying a bag of silver coins to buy your groceries may be seen as a step back, not quite a leap forward. Fortunately there are some interesting metal backed cryptocurrencies being promoted now that allow for asset backed secure transactions. So another door is opening up that allows for wealth preservation / creation.

Also the percentage of the population that has precious metals and even countries that have Gold or Silver in enough quantities to back a currency is very small. This means that alternative solutions will have to make for the rest of the demand.

We should also recognize that cryptocurrencies (because of it’s innovative / pioneer / network effect) or Gold and Silver (because they are traditionally an insurance investment against financial oppression and misconduct) are definitely not the only solutions out there. There are a number of locally oriented solutions out there that have been tested with success. They may not have the same degree as acceptance as the previous ones, but they showed promising results:

So for people which have some financial wealth to manage but don’t want to get involved with the risks of casino style trading, and for the ones who live financially stressed, could the strategy be pretty much the same?

Invest in your community, starting by avoiding the siphoning of wealth out of the community, using the tools mentioned above but also by investing in local food production, water, education, sustainable living, earth & people care.

Increase your capital diversity instead of being obsessed by financial capital. After all, diversity is the lower risk investment and more profitable strategy that anyone has come to think of, until this date. 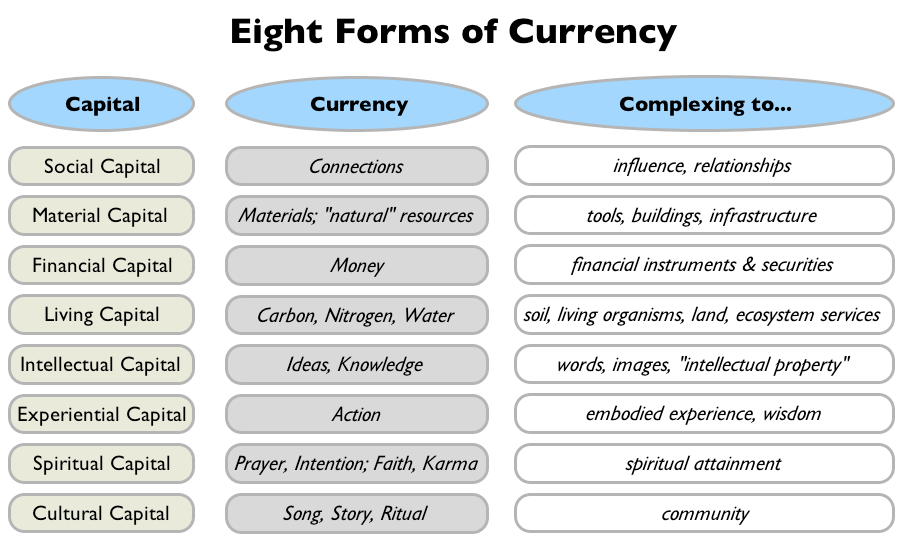 After the dust settles, the most likely outcome for the future of commerce, with the introduction of life changing technologies, will be a scenario with asset backed currencies for international trade (with much less demand because of the introduction of new technologies which reduce the need for imports / exports) and local currencies and advanced exchange / barter systems (using web based technology as a platform) to satisfy the community needs.

Let’s see how things play out. In the meanwhile you can rest assure that nothing is decided. Plans are in motion, yes. But that definitely doesn’t mean that everything is decided for us.

Remember: any form of currency requires ACCEPTANCE, TRUST, SECURITY and must be easy to USE, CARRY and TRANSFER – this is decided by each one of us, at all times. We will be presented with proposals, a flurry of theoretical concepts and ideas that will be sold as “great”. But it will be the sum of all individual choices that will be deciding what will be of standard use in the future.

But always choose what enhances your “capital pools”, increases “the flow” and definitely avoids any energy loss – just like Mother Nature does!