Prepare For Change
Home Awakening The Myth of Authority 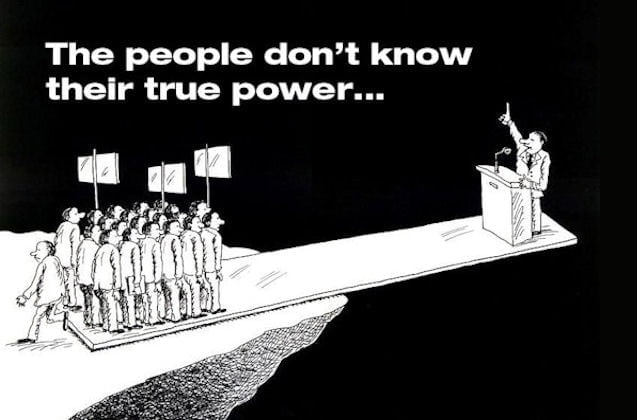 Contrary to what many people assume, most of the suffering, injustice and conflict in the world is not the result of greed, hatred or intolerance. Instead… Most of man’s inhumanity to man is the result of one particular belief; one irrational superstition which is shared by almost everyone, namely, the belief in authority.

History has taught us that trying to fix the world by way of government always ends in disaster. That in the end the political process empowers the ruling class and no one else. Constitutions don’t fix it. Elections don’t fix it.

Once there a position of power is created, it is always the megalomaniacs and sociopaths who will sooner or later, one way or another, get themselves into that position.

Decent people are tricked into believing that it is perfectly acceptable and righteous to control and rob their neighbors, as long as they do it by way of voting in the political process.

In short: the political process is designed to dupe the people into cooperating with, and even demanding their own subjugation, and the subjugation of everyone else.

To create a huge all-powerful predator, which is what government always is, in the name of stopping predators is simply INSANE.

And then the big powerful thing that you hoped would be a protector and servant of the people, will be an oppressor and exploiter of the people. That is what government has always been and always will be, until the people dare to let go of the superstition of authority.