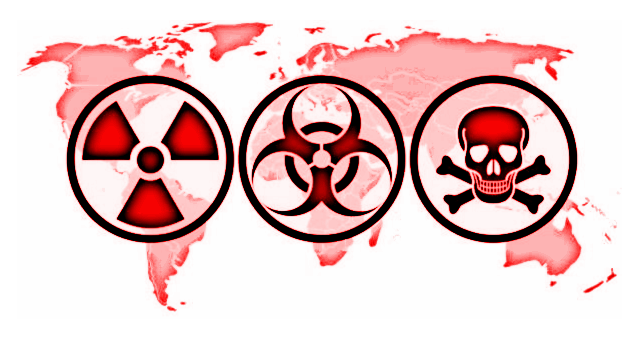 If you take a look around, modern humanity is quite clearly facing an unprecedented crisis of deteriorating health. And beneath the surface, for those able and willing to see the truth, the various health conditions that increasingly plague the average man and woman appear to be intentionally inflicted as part of a covert effort to reduce the world’s population and create a paradise on Earth for the elites — with much fewer of the rest of us!

The following 11 common health symptoms point to a sinister, “slow kill” agenda that’s been designed to quietly cull the masses without overt fanfare:

1) Gut and digestion issues. The digestive tract acts as the command center of the human immune system, representing about 80% or more of immune function. And this system is increasingly under attack from things like genetically modified organisms (GMOs), pesticides, antibiotics, sugar and chemicals in food.

2) Chronic fatigue and low energy. How many people do you know that rely on coffee or other stimulants just to function normally? Chronic exposure to pollution and persistent stress, as well as vulnerability to electromagnetic radiation, psychological attacks and other environmental factors all contribute to a lack of vitality, something that our government couldaddress but deliberately won’t.

3) Obesity, diabetes and other dietary conditions. What constitutes “food” today represents such a radical departure from the real thing that most people today don’t even realize that they consume literal poisons on a daily basis. Meanwhile, true healing foods and herbs like raw milk and cannabis (marijuana) remain prohibited. These are all contributing factors to rampant obesity, diabetes and metabolic disorders.

4) Disorientation and brain fog. Thinking clearly and cognitively is becoming increasingly difficult for many people, but why? One common cause is candida overgrowth in the gut, the direct result of consuming processed sugars, “fortified” flours containing poisons like folic acid and other health-destroying “foods.”

5) Chronic inflammation. Most of what is promoted commercially as food these days is inflammatory, meaning it triggers an immune response as if it were a foreign invader. This constant attack on the immune system can lead to a host of debilitating health conditions — again, something that the government deliberately ignores at the expense of public health.

6) Allergies. Previous generations didn’t suffer from nearly the amount of allergy-related illnesses that people today do. Chemicals in the environment, a weakened immune system due to vaccinations, geoengineering and other factors are all linked to increases in allergies.

7) Autism. This is a hot-button issue these days, especially as the autism rate has increased by as much as 30-fold since the 1970s! Despite what the media claims, vaccines haven’t been ruled out as a cause, and neither have GMOs, household chemicals and other modern technological “advancements.”

8) Cancer. In the very near future, it is expected that as many as one in three adults will have some form of cancer. And while a whole slew of alternative and natural treatments have been shown to help, the medical system is hellbent on reinforcing only slash-and-burn chemotherapy, radiation and surgery, which have repeatedly been shown not to work as claimed.

9) Morgellon’s disease. This controversial illness, which the medical system largely denies even exists, involves tiny thread-like objects that appear in people’s skin with no apparent cause. Morgellon’s has been extensively linked to “chemtrails” and geoengineering programs, which are also denied by authorities.

10) Dental fluorosis. This one is finally gaining some attention in the mainstream, particularly as the government decides to reduce recommended fluoride levels in public water. But we’re about 50 years too late, and most public water facilities continue to lace fluoride drugs into public water without informed consent or controlled dosages, exposing millions of people to this brain-damaging, health-destroying poison.

11) Chemical imbalances. Depression symptoms, inability to focus and learning disabilities abound in today’s world. And many known triggers, including exposure to artificial food coloring, nutrient deficiencies and junk “food” consumption continue to be ignored by authorities, leading more and more people into the drug-and-surgery-dominated medical racket, which generates trillions of dollars annually for the medical industry.