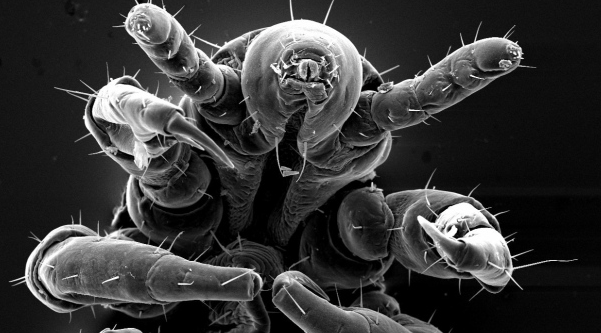 If you didn’t know, there are weaponized parasites and toxins that are literally being used against the human population in a covert war against humanity.

As well, we found in the bases, the small electrical fields of the parasitic organisms are too weak to resist a direct assimilation by the parasitic host energetic organisms. Thus, the parasites can be used to hijack a human body and then when there is enough of a parasitic biological energy field being assimilated by an energy parasite (AI, fallen entity) then that energy field can directly warp the human’s energy or mind.

This is similar to the ants that can be infected by a fungus which causes them to perform actions that infect the colony. That same process is similar to how canidida infections will release enzymes that initiate a chemical chain-reaction that leads to the brain producing a neurotransmitter that causes the perception of craving sugary, processed, high-carb foods. That parasite literally uses the chemistry of the body against the human to infiltrate the desires and lead to a proliferation of the parasite species.

The energy parasitism that is currently plaguing Earth and Humanity is no different. The smaller organisms infiltrate the body through manufactured and artificial food intake and are fed through cheap sugary additives well as chemicals and additives that then weaken the body’s immune response as well as the ability to focus and take in information to figure out what’s happening.

Then these smaller organisms are more easily assimilated by a spiritual parasitic entity which then hijacks the energy of the parasitic life to then leak into and leech off the human energy field which is perceived as simply losing one’s mind.

This is what we are seeing and this is what has been planned by those in the dark groups. The gene is weakened and pushed out of view through a 1000 cuts that are all right out in the open. Drinking beer, eating candy, taking prescription meds, not getting the proper nutrients, not having access to real seasonings and spices, it’s all part of the show, the death-show that is.

Those seasonings and spices? Ginger? Cayenne, curry, tumeric (timeline 1 spelling), garlic (cooked), onions, so and so forth? Those are natural purification, detoxification, health inducing, parasite cleansing herbs and they are being removed from all of the human diet. That is why it’s called a diet.

Here’s some information pulled from the net about parasite cleanses, I have been interested in and practicing all kinds of cleanses since I was younger as I was guided to do this.

Black walnuts are best known as a parasite treatment, but they have many other potential health benefits. Special compounds in these powerful nuts, and particularly green black walnut hulls, make them not only an effective anti-parasitic, but also a potent anti-bacterial, anti-viral, fungicide and intestinal cleanser.

Black walnut is recognized as a powerful vermifuge (kills parasites). It contains high concentrations of astringent tannins, natural iodine (one of the best land-based sources) and compounds like juglone that are believed to have anthelmintic (worm killing) properties.

Some of the best I have tried are:

Black-Walnut – The dried and ground green hull of the Black-Walnut contains tannin which is an organic Iodine as well as juglandin, juglone and juglandic acids. It has been used for centuries to expel various types of worms including parasites that cause skin irritations – such as ringworm. It oxygenates the blood, which also helps to kill parasites. Black-Walnut is very effective against tapeworms, pinworms, candida albicans (yeast infections) and malaria. It is also effective in reducing Sugar levels, and helping the body rid itself of toxins.

Wormwood –The MOST POWERFUL of the parasite killing herb kingdom. It is most effective against roundworms, hookworms, whipworms and pinworms. Wormwood contains the toxins thujone and isothujone which are the components that kill parasites. Wormwood also contains santonin which is known as a remedy for parasitic diseases. It is the second most bitter herb known to man and has been proven as a POWERFUL remedy for malaria. Wormwood also contains sesquiterpene lactones, which work similar to peroxide by weakening the parasites membranes therefore killing them. Wormwood also helps produce bile which in turn helps the liver and gallbladder.

CLOVES – Cloves contain eugenol, caryophyllene, and tannins which are powerful anti-microbial properties – these components are what actually travel in the bloodstream killing microscopic parasites and all parastitic larvae and eggs. Eugonal is the most powerful antimicrobal agents known. Eugonal kills all microscopic protoza. Cloves are tremendously effective in killing malaria, tuberculosis, cholera, scabies and other parasites, viruses, bacteria and fungi including candida Cloves also destroy pseudomonas aeruginosa, all species of shigella, staph and strep..

THYME – Thyme contains thymol, carvacrol and flavonoids which are effective in killing bacteria (such as fungal infections ie: yeast infections) and are especially effective in killing hookworms, roundworms, threadworms and skin parasites.Thyme also destroys Cryptococcus neoformans, Aspergillus, Saprolegnia, and Zygorhynchus species. AND Salmonella typhimurium, Staphylococcus aureas, Escherichia coli and other bacterial species. As an antibiotic, thymol is 25 times more effective than phenol, but much less toxic. Thyme is the primary ingrediant in LISTERINE MOUTHWASH because of it’s germ killing power.

GARLIC – Garlic can slow and kill, more than sixty types of fungi and twenty types of bacteria, including some of the most potent viruses known to man. Garlic alone can help in controlling parasites. Garlic has a history of being able to kill parasites and control secondary fungal infections; detoxify and gently stimulate elimination; it also has antioxidant properties to protect against oxidation caused by parasites’ toxins. Allicin and Ajoene, are the components in Garlic that kill parasites including the one-cell varaties as well as pinworms and hookworms. Garlic has antimicrobial activities (including antibacterial, antiviral, antifungal, antiprotozoal, and antiparasitic) that kills: B. subtilis, E. coli, P. mirabilis, Salmonella typhi, methicillin-resistant Staph aureus, Staph faecalis, salmonella enteritidis, and V. cholerae ,staphylococcus, Escherichia, Proteus, Salmonella, Providencia, Citrobacter, Klebsiella, Hafnia, Aeromonas, Vibrio and Bacillus genera. Garlic is also very effective against Mycobacterium tuberculosis. Garlic also kills Microsporum, Epidermophyton, Trichophyton, Rhodotorula, Torulopsis, Trichosporon, Cryptococcus neoformans, and Candida, including Candida albicans. Garlic also has antiamoebic and Antiprotozoan properties and is especially effective against Entamoeba histolytica and Paramecium caudatum.

FENNEL – This herb is known to be anti-parasitic. Fennel Seed is used to help remove and expel Parasites and their waste and from the body. Fennel also very effective against Candida Albicans.

CAYENNE – Capsicum is the componant in cayenne that destroys parasites. It is a very effective herb for the elimination of parasites.

GINGER – The components of gingerol (zingiberone, bisabolene, camphene, geranial, linalool and borneol) found in ginger are what destroys parasites including the roundworm, the blood fluke the anisakid worm, and bacteria including salmonella.

GENTIAN – This herb is wonderful for ridding the body of parasites including plasmodia which is the malaria causing parasite . Genatian is also good for treating anemia and counteracting the effects of parasite toxins in the body by stimulating the liver to produce more bile.