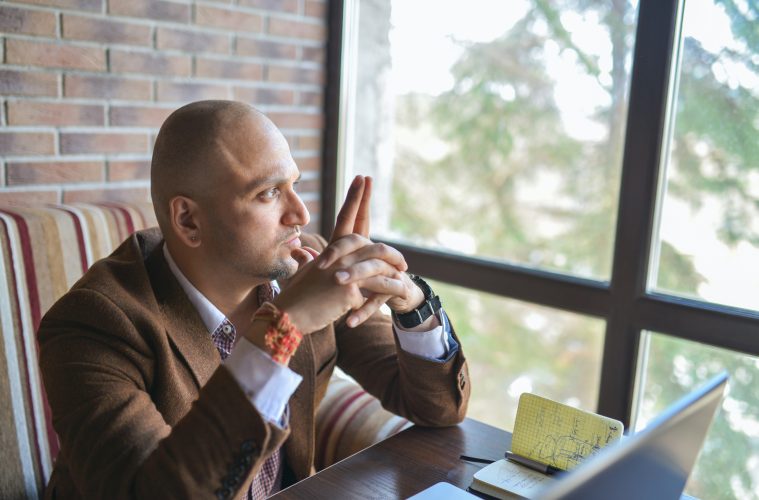 Yes, even if you pride yourself on your honesty, I know with absolute confidence that there is a metaphorical lying bone within you, and it’s likely a lot bigger than you think.

You may not lie to others, but you most certainly lie to yourself. But don’t worry — we all do it, myself included, and that’s why I’ve put together a list of six of the most common lies we tend to tell ourselves and the consequences that come along with believing them.

Keep in mind that the purpose behind this article is not to make you feel dishonest, but to instead help you realize some of the things you may unnecessarily believe, giving you an opportunity to change it and hopefully improve your life.

Here are the six lies we love to tell ourselves, in both video and written form:

When used to express pride for a particular character trait, talent, or way of being that you embody, the belief that you were born that way can be a healthy one to have. But the usage that I’m referring to is the refusal to be open to a presented change, or the justification of a particular behaviour, simply because this is how you believe that you have always been.

Even if you have maintained certain beliefs for an extended period of time, you’re also changing, learning, and growing every single day, so stop holding so firmly onto what you think represents you. I’m not suggesting you make a complete 180 on your way of being; I am simply encouraging you to remain open-minded to change.

Consequences: Close-mindedness, excessive stubbornness, and the risk of living your life in a particularly small comfort zone.

While we may not use this particular lingo, what it represents is the belief that everyone is inherently selfish and as a result is always out to get you. In the business world in particular, there may be a plethora of examples to support this belief, but there are just as many, if not more, to suggest the opposite.

I’m not suggesting that you instead openly trust everyone and act recklessly, but rather that you don’t allow this belief to make you close yourself off to others and feel like you need to do everything on your own. There are many people in this world who not only love you, but would also love to see you and your ideas thrive. Approach decisions from a balanced perspective rather than one steeped in the belief that everyone is trying to screw you over.

Consequences: Untrusting, loneliness, and rudeness as a way of guarding yourself against perceived enemies.

3. You Can’t Change the World

Before you overreact, I’m not suggesting that we can all change the world’s way of being on a particular matter single-handedly. But I am referring to the excessive number of times that so many us shut down creative ideas or don’t pursue and/or partake in projects to help the world simply because we feel powerless.

Yes, we are each a tiny fish in a big sea, but so were some of the most influential figures in history. Don’t worry — I’m not expecting you to immediately get up on your soapbox and start screaming in support of your favourite cause, but I am expecting you to realize that you always have the power to change your perspective toward the world, which in essence does change the world, since your perspective is the only one you know.

Consequences: Laziness, disempowerment, and the murder of countless wonderful ideas.

This one certainly requires the least explanation and is also the one that we are all likely guilty of believing the most. Whether it be a dietary change, a lifestyle overhaul, or even just a simple task that has helped to populate our daily to-do list for months, we love putting things off for another day.

While it’s unrealistic to expect ourselves to accomplish everything we’d like to do in a single calendar day, the problem arises when we keep putting certain things off for the perpetual tomorrow. You’ll never be younger or more capable of doing whatever it is that you keep putting off than you are today, so start reinstating the belief that you should take action now!

Consequences: Unhealthy habits maintained and a lack of drive.

If everything we did involved nobody else and would never be seen by anyone, we’d all be amazing at acting on our intuition and being ourselves. But instead, thanks in large part to the internet, things have gone in the opposite direction and our lives have never been more on display.

The result is that we let self-consciousness filter our decision-making and hold us back from being ourselves out of a fear of being ridiculed. If doing something is truly important to you, finding the courage to do it may seem difficult, but it’s far easier than living the rest of your life sheltered in fear of judgement.

Consequences: Overthought, giving your power to others, and not being your true self.

If only you had realized this earlier.

You are past your prime.

There is no point now.

The next generation will have to take care of it.

No matter how you word it or how old you are, we all seemingly love to put certain things in our mental waste basket based on the simple belief that our time to do it has already passed. While this may be the case with certain age-restricted accomplishments, most of what we cast aside can still be done at the ripe old age of whatever you currently are.

The world is filled with example of late bloomers who have accomplished so much in this world, so stop writing yourself off and go after your dreams!