Prepare For Change
Home Nature EU authorities broke their own rules and brushed aside evidence of cancer... 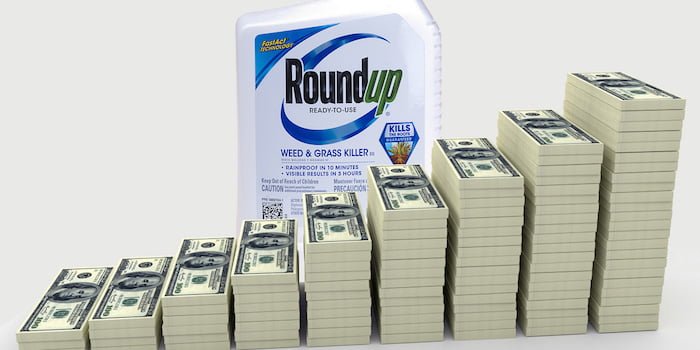 The EU authorities reached the conclusion that glyphosate is not carcinogenic by disregarding and brushing aside evidence of cancers in experimental animals and by violating directives and guidelines that are supposed to guide their work, according to a new report [1] by the German toxicologist Dr Peter Clausing.

The report shows for the first time that glyphosate should have been classified as a carcinogen according to the current EU standards. This would mean an automatic ban under EU pesticides legislation. However, the EU authorities disregarded and breached these standards, enabling them to reach a conclusion that the chemical is not carcinogenic. 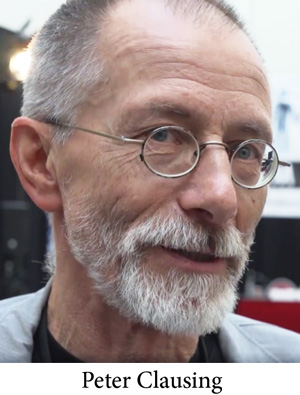 Commenting on his findings, Dr Clausing said, “What surprised me most was how obviously and widely the authorities violated their own rules. Seeing this made me angry. The authorities should be made accountable for their failure.”

Dr Clausing added, “The evidence that glyphosate is carcinogenic is so overwhelming that it should be banned.”

The authorities in the firing line are the German Federal Institute for Risk Assessment (BfR) (Germany being the rapporteur member state for glyphosate in the EU), the European Food Safety Authority (EFSA), and the European Chemicals Agency (ECHA).

The three agencies’ conclusion that glyphosate is not carcinogenic contrasted with that of the World Health Organisation’s International Agency for Research on Cancer (IARC), which in 2015 classified glyphosate as “probably carcinogenic to humans” based on “sufficient” evidence in animals and “limited” evidence in humans. IARC is recognised for its strict independence policy and high quality research.

The new report shows that BfR, EFSA, and ECHA failed to apply relevant guidance from the OECD (Organisation for Economic Cooperation and Development, which sets international standards for chemicals testing) and ECHA itself, and indicates that they manipulated facts and data to reach the conclusion that glyphosate is not carcinogenic.

Dr Clausing says he is concerned that the authorities’ actions could put public health at risk. He said, “In Europe cancer incidences have doubled and tripled in recent decades, depending on the tumour type. I am worried that the skyrocketing use of glyphosate has contributed to that and will continue to do so if no action is taken.”

Commenting on demands for more transparency in the pesticide approvals process, he added, “Transparency is necessary, but not sufficient. Transparency without consequences if things go wrong is useless.”

Dr Clausing used to work as a senior toxicologist in the pharmaceutical industry but is now a board member of Pesticide Action Network Germany.

The new report is published by GLOBAL 2000 (Friends of the Earth Austria).

According to the report’s editor Claire Robinson of GMWatch, a UK-based NGO that has drawn attention to the risks of glyphosate, “Dr Clausing has written a comprehensive and incisive challenge to the EU authorities’ assessments of glyphosate. On 19–20 of July, EU member state representatives are invited to discuss the re-approval of glyphosate at the meeting of the Standing Committee on Plants, Animals, Food and Feed (ScoPAFF).

“The author and editors of the new report invite the representatives and the European Commission to read it and respond before this discussion takes place. Following the science appears to leave them with only one possible course of action: to refuse to renew of glyphosate’s authorisation.”

Main findings of the report

•    According to the EU pesticides regulation, a substance is to be considered carcinogenic if two independently conducted animal studies show an increased tumour incidence in exposed animals.
•    In the case of glyphosate, at least seven out of twelve such long-term studies found an increased tumour incidence.
•    Initially, BfR failed to recognise numerous significant tumour incidences, due to its failure to apply the appropriate statistical tests stipulated by the OECD and ECHA. BfR had instead relied on statistical tests applied by industry, which had only indicated a significant carcinogenic effect of glyphosate for a single type of tumour in a single study.
•    Due to the IARC monograph on glyphosate, published in 2015, the BfR re-assessed its own evaluation and acknowledged the above-mentioned significant incidences in seven out of twelve studies.
•    Nevertheless, the BfR – and EFSA and ECHA, which relied on the BfR’s groundwork – failed to notice a further eight significant tumour effects, which were recently identified by Prof Christopher Portier, former associate director of the National Institute of Environmental Health Sciences (NIEHS) in the US.
•    BfR, EFSA and ECHA made a biased selection of studies in their glyphosate assessments. They took into full consideration two studies that did not find that glyphosate caused malignant lymphoma – but which contain such obvious deficiencies that they should have been excluded from the evaluation. In contrast, they downplayed a study that found that glyphosate did cause malignant lymphoma by citing an alleged viral infection in the animals – for which there is no evidence, as admitted by ECHA. The sole source for this alleged infection is Jess Rowland, a former US EPA official, who made the claim in a teleconference with EFSA. An investigation has confirmed that EFSA had no evidence for the alleged infection beyond Rowland’s remark. Monsanto internal emails disclosed in a US lawsuit suggest that Rowland was an eager helper of the chemical company who boasted that he should “get a medal” if he succeeded in killing another agency’s investigation into glyphosate’s health effects.
•    BfR, EFSA and ECHA played off one type of statistical test against another, arguing that glyphosate was not carcinogenic because significance in cancer incidence was only achieved in one type of test and not in another. This violates OECD guidance, which states that significance in either test is sufficient to reject the notion that the cancers occurred by chance.
•    BfR, EFSA and ECHA violated restrictions on the use of historical control data (the compiled data from untreated control animals in previous studies) set by the OECD, to dismiss the carcinogenic effects of glyphosate.
•    BfR, EFSA and ECHA avoided mentioning dose-response relationships that strengthened the evidence that tumour effects were caused by glyphosate and not by random chance. This suggests that the authorities tried to cover up evidence for the carcinogenic effects of glyphosate.

The full report in English and the Summary in several different languages, including English, are available here: https://we.tl/0z7wOISv9m