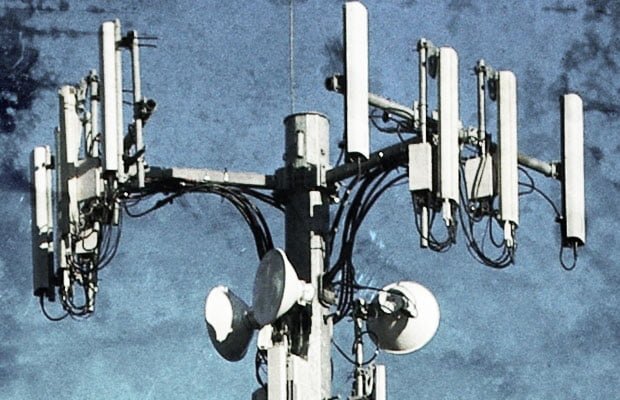 California is going off the deep end, in my candid opinion.

Some members of that state’s legislature think cell towers on every block or in front of individuals’ homes are the way to go in order to have faster Wi-Fi or what I think may be an undercover strategy, comprehensive surveillance!

Those of us, who are researching electromagnetic frequencies including radiofrequencies and the newer terahertz frequencies, are wondering if science has lost its marbles and is acting as if it were the ‘supreme, ultimate, consummate’ deciding factor in how humans live our lives.

Unfortunately, SB649 has cleared the California Senate (boo-hoo!) and now is in the Assembly for voting and passage, which should be defeated. Why? No studies have been done on the cumulative effects of non-thermal radiation wave adverse health effects from cell and mast towers.

The microwave industry is the least responsible of modern industries, in my opinion, insofar as it deliberately denies those non-thermal radiation waves even exist when, in fact, their own industry-sponsored and paid for studies found adverse effects in 32% of the studies!

However, the microwave industry’s premiere professional association ICNIRP states it will never accept that those waves exist. Shouldn’t such an association be placed into the category of junk science, since the very fact that the industry’s own research found 32% of the studies confirming non-thermal radiation wave adverse effects? Maybe the next thing consensus science will be telling us is the moon really is made of green cheese.

Why have the younger generations, in particular, and others bought into the ‘magic’ of quick finger access to nebulous information most of the time at the extreme risk of harming their brains and physiological beings?

The modern craze for fast everything now is saturating humankind with so muchelectrosmog that if we were to see it, photos of Los Angeles on its bad pollution smog-days would look almost clear! There’s an online petition where anyone who is opposed to individual cell towers on neighborhood streets in the entire State of California can sign. The following information is taken from that petition, which may change your mind about the microwave industry’s chutzpah and your love affair with smart devices, which can only be powered up by health-harming microwaves!

Most utility poles will become cell towers under Senate Bill 649 and result in 4g/5g antennas lining every block leaving the public with no legal recourse from “micro-wireless” to “small cells” and “macro towers.” The public has not agreed to cell towers in their front yard. Real estate values will significantly decline near base stations and antennas. While firefighter premises are exempt from antennas, the health risks for the rest of us, including animals and the ecosystem is being jeopardized with SB. 649. The FCC is streamlining 5G deployment before completing investigation on health effects. Safety limits have not been updated since the 1990s. Their guidelines were derived from industry, and there is no policing or compliance testing of cell towers.

You also need to know that SB 649 shifts liability from the telecommunication industry to the State of California, with the potential of bankrupting the state and requiring bailout from the tax payers. The bill also would place antenna every five houses, leaving the public vulnerable to privacy and security risks. The bill “forgets” that industry still has not fulfilled a prior agreement to install a high speed fiber-optic network (already paid through our phone bills) to all including the underserved. [CJF emphasis]

If SB649 becomes law in California, you can be certain it will become law in your state too! California is the seeding grounds for ‘innovative, free thinking’ and legislation, much of which is industry-friendly, but consumer ‘deadly’, in my opinion. Take note of California’s mandatory Vaccine legislation!