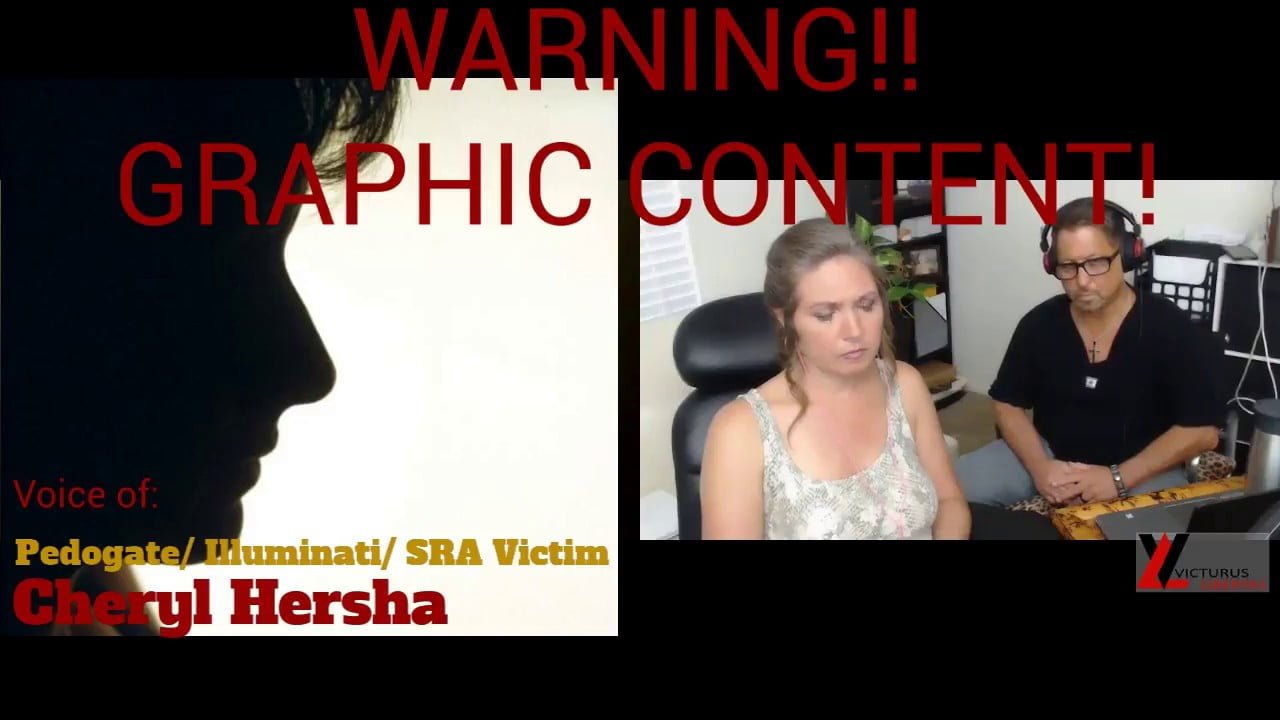 Heed the warning; this is graphic testimony from a victim.

She shares a lot of information I’ve not heard before.
Kudos to Cheryl for her strength and selfless contributions over the years.

Thanks to Victurus Libertas for the interview in two parts.
You can read a brief synopsis of her story below the videos.  ~ BP 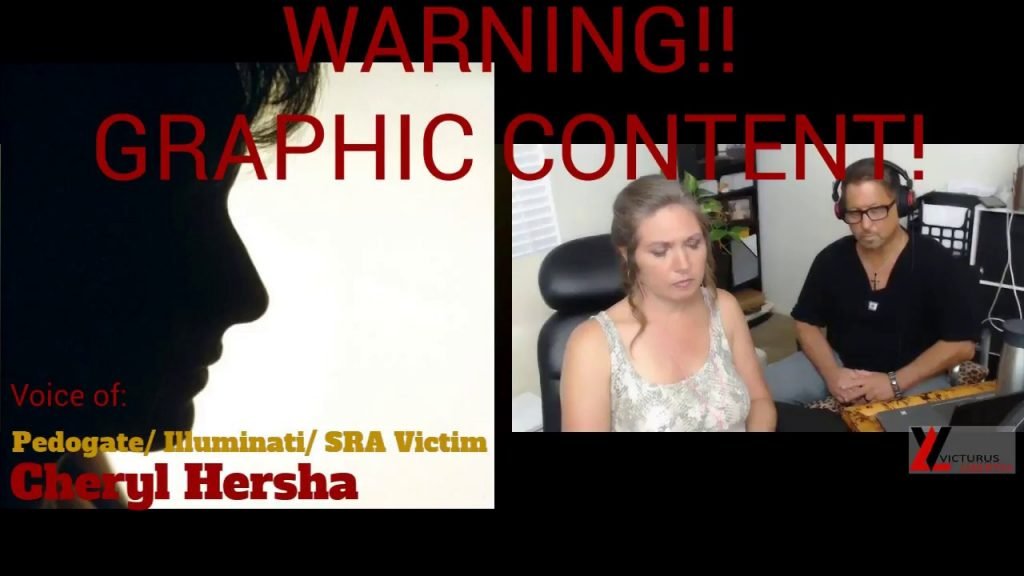 Cheryl Hersha is a Pedogate/ Illuminati/ Satantic Ritual Abuse Survivor.
A book has been written about only a portion of her life.

Cheryl Hersha was born into an Illuminati Bloodline Family in 1961. Her parents hailed from 2 of the 13 different bloodlines, but her Father’s Bloodline Family, Die Familie [pronounced Dee Fah-meal-ee-uh] who had immigrated from Germany to America, was the Family that controlled her young life.

Cheryl was subjected to Satanic Ritual Abuse by her paternal grandparents and father from birth; the Illuminati’s trauma-based mind control programming began, as is standard in all Illum. Families, at the age of 2yrs. Her mother was non-compliant, and underwent the same mind control techniques, as did her two siblings.

Cheryl and her older sister, Lynn, were also placed in the MKUltra/Monarch Program in 1965, as her paternal step-grandfather was OSS as it morphed into the CIA, was her father’s “Handler”, and had him sign the two girls up for the program.

Details of some of their harrowing ordeals under MKUltra were documented in the book, Secret Weapons: Two Sisters’ Terrifying True Story of Sex, Spies and Sabotage, by Cheryl and Lynn Hersha, with Dale Griffis, PhD and Ted Schwarz. New Horizon Press. 2001.

[Bios of Dale and Ted, btw, are on the inside flap of the book jacket inside the back cover…and the book is available through amazon via Kindle, or used copies] Buy the book here: https://www.amazon.com/Secret-Weapons…

True to known programming breakdown, the siblings began remembering a sinister and evil upbringing in 1996, as memories and alters holding memories began to surface. The more they talked to each other, the more they remembered.

Cheryl is now fully integrated and healed from the psychological, emotional and spiritual, wounds from the first traumatic 18 yrs of her life. However, the physical damage has left her permanently disabled and 5 years past her prognosis with a rare neurological disorder.

Cheryl is a born-again Christian, was married for 28 years, is a mother of four adult children, and is now a forcibly retired (disabled) RN, who lives in the Southwest with her beloved dog. Cheryl was active in the survivor communities of both MKUltra and Satanic Ritual Abuse, until her health plummeted; she has written under her pen name: C.A.Beck for decades.

Cheryl has been compelled to speak out once again “for the innocents who cannot speak”, since Wikileaks broke the Pedogate story; the same life she lived in the 1960s and 70s, when trafficked by both her Family and the CIA.

Due to security sensitive careers some of her children have, she regrets she cannot show her face for interviews, as requested by their employers.