Prepare For Change
Home Disclosure The Role Of Aluminum In Changing Human Biology To Accept The Ionized... 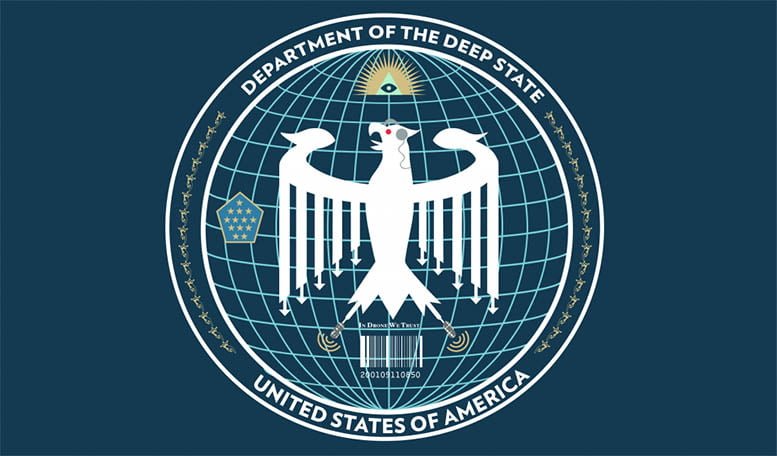 Kevin Shipp is a former CIA officer in counter intelligence and supervising manager, who has become a whistleblower. The CIA acts outside the U.S. Constitution and that’s what made and makes Kevin Shipp speak out. He talks about the Shadow Government and the Deep State. They are not one and the same; they are totally different with separate budgets. They function secretly and not in conjunction with our elected government.

Deep state is run by power, money and greed, says Shipp. Shipp talks about how Hillary Clinton used that secret system to sell guns to you-know-whom? Google works with the shadow government.

The former owners of The Washington Post, the Grahams, were members of the Council on Foreign Relations. The CFR is a ‘global economic government’ according to Shipp.

President Harry Truman created the CIA in 1947, and there is no congressional oversight over the CIA!

We lost our Constitution in 1947-48 with the institution of the CIA, according to Shipp.

To get money to run their operations, the shadow government and the deep state have to keep the USA in a state of perpetual war!

At 15 minutes on the video timeline, Shipp talks what’s happened since the infamous and tragic 911; that we are still in a state of national emergency during which they can suspend the Constitution any time they want.

Deep state employees must sign a “Secrecy Agreement” which, if you violate, that ‘state’ can put you into prison.

The military industry complex and Congress decide in secret how much to spend on their programs. One Trillion Dollars a year in spending!

The Washington, DC government actually covers up all the lost money from secret budget programs, he claims.

Congress and the Senate stole the Social Security Administration Fund and spent it, per Shipp. Citizens should demand that money be replaced from the secret government program budgets!

There is a war between the shadow government and the elected government!

The president of the USA has no power over the shadow government or the CIA.

President Trump has terrified the shadow government! Check out 37 minutes on the timeline.

Congress is controlled by the shadow government. The military is deep into vaccines. Is that why there is no investigation of vaccines Congressman Posey has been asking for?

At 46 minutes, Shipp dices how several presidents broke the law and no one did anything.

CIA and FBI deliberately have lied to Congress under oath, according to Shipp.

At l hour 5 minutes, Shipp gives ideas of what to do to take back our government.

There’s a “tyranny of secrecy!”

Here’s another video in which Kevin Shipp discusses many things government.

Another ‘take’ on how all this reprogramming of society, government and the new ionized atmosphere we breathe possibly came about is discussed by investigative reporter extraordinaire Jon Rappoport in his exposé article “Antony Sutton: Skull & Bones, Hitler, The Bush Family” published at Activist Post.

I will not discuss Jon’s excellent article, as I want readers to digest and parse it for yourselves as it ‘outs’ some of the prominent politicians of our times and how they have been involved in or helped to bring about the current events we now are experiencing and, unfortunately, paying a very high price for:

Have any dots been connected?

Can you understand what’s happening, which may not have been apparent, and why most of society is unbelievably sick, especially innocent children contracting Autism and brain cancers?

Recently I heard from an RN the tragic story a distraught father told her: He has five children and all five kids have glioblastomas—the most serious brain cancers!

God help us and may we be saved from ourselves!