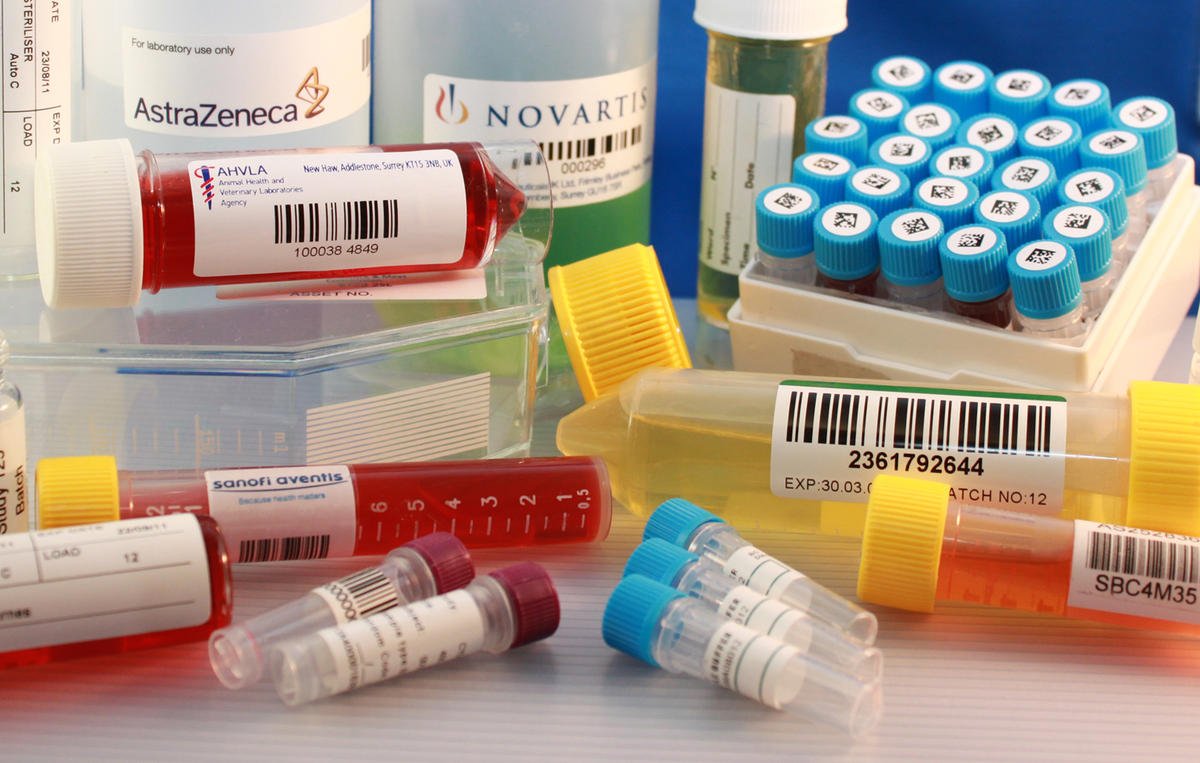 A November 4, 1969 New York Times feature article authored by Gladwin Hill called for sterilization chemicals to be added to the food supply in order to achieve globalist goals of human depopulation.

That article, entitled “A Sterility Drug in Food is Hinted” came with the byline, “Biologist Stresses Need to Curb Population Growth.”

Until the New York Times memory holes the article, you can still find it in the NYT archives at this link, in fact. You can also see a partial photo of the NYT article below.

Most people living today — especially younger people — have no idea that a key agenda of globalism is the elimination of “undesirable” humans from the gene pool. They believe that ideas of “eugenics” and genocide were only carried out by the Nazis, not by American university professors and presidential science advisors. 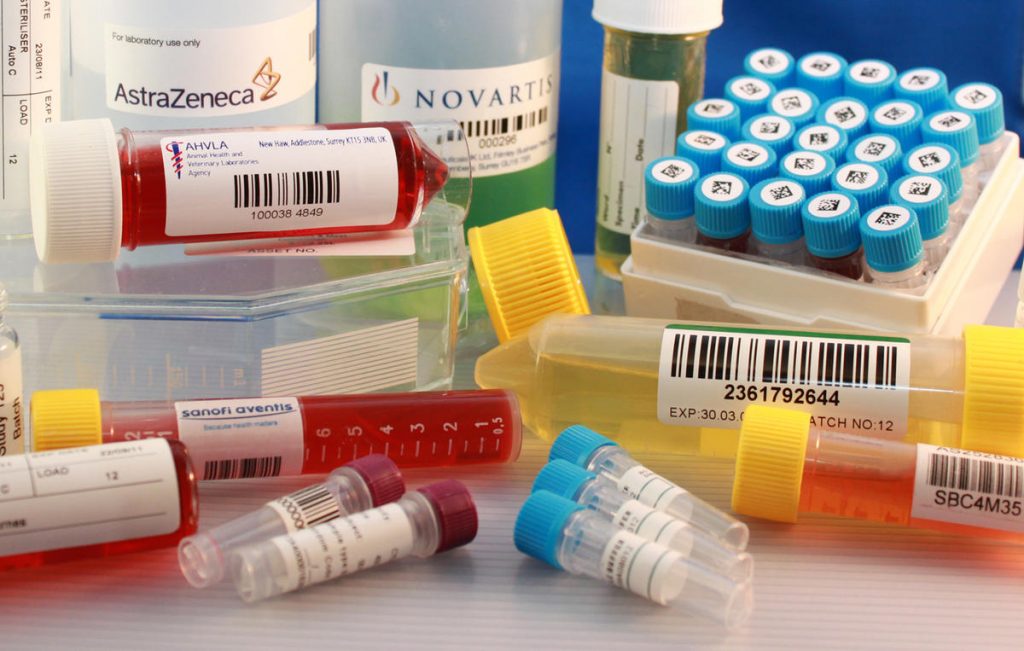 So they have no grasp of the context in which Planned Parenthood, for example, operates today as a depopulation engine to eliminate blacks from society. (Planned Parenthood’s founder, Margaret Sanger, was a black-hating eugenicist whose ideas directly inspired the genocidal goals of the Third Reich.)

The New York Times article, shown below, quotes Dr. Paul Ehrlich of Stanford University, a depopulation advocate, as well as President Richard Nixon’s chief science adviser, Dr. Lee DuBridge, who said that “population control should be the prime task of every government.”

In the article, shown below, Dr. Ehrlich laments the fact that biologists believe, “compulsory family regulation will be necessary to retard population growth.” In essence, he is arguing that the government should be in charge of reproductive rights, determining who is allowed to reproduce and who must be sterilized.

To achieve the sterilization goals, he “urged establishing a Federal Population Commission ‘with a large budget for propaganda,’” reports the New York Times. He also called for, “the addition of a temporary sterilant to staple food, or to the water supply” in order to cause mandatory infertility.

Dr. Barry Commoner of Washington University in St. Louis added to the discussion:

Can we not invent a way to reduce our population growth rate to zero? Every human institution – school, university, church, family, government and international agencies such as Unesco – should set this as its prime task.

This agenda is already well under way

Most Americans have no awareness that this agenda is well under way. Flu shots, for example, are now scientifically confirmed to cause spontaneous abortions, a form of infertility and population control. This explains exactly why the CDC began pushing for flu shot vaccines during all three trimesters of gestation in expectant mothers.

Sperm viability is also plummeting across the modern world, according to dozens of published scientific studies. One such study — conducted by the Hebrew University of Jerusalem — found that sperm concentrations have plummeted more than 50 percent from 1973 to 2011. According to the abstract of this study as reported in Science Daily:

These findings strongly suggest a significant decline in male reproductive health that has serious implications beyond fertility and reproduction, given recent evidence linking poor semen quality with higher risk of hospitalization and death.

Covert vectors for depopulation that are being pursued right now

The depopulation goals from 1969 are in full force in America today. Some of the vectors for covert sterilization and depopulation now include:

If you do not know that mass sterilization efforts are underway right now to eliminate human fertility and drastically reduce the global population, then you are not yet well-versed on reality. Even Bill Gates openly talks about achieving the correct amount of population reduction by using vaccines and other vectors, saying:

The world today has 6.8 billion people… that’s headed up to about 9 billion. Now if we do a really great job on new vaccines, health care, reproductive health services, we could lower that by perhaps 10 or 15 percent.

For the sake of preserving the historical record, we are reprinting the NYT article here, knowing that they are very likely to attempt to memory hole this article in another swipe at Orwellian-style revisionist history.

A STERILITY DRUG IN FOOD IS HINTED

By GLADWIN HILL
Special to The New York Times

SAN FRANCISCO, Nov. 24 – A possibility that the government might have to put sterility drugs in reservoirs and in food shipped to foreign countries to limit human multiplication was envisioned today by a leading crusader on the population problem.

The crusader, Dr. Paul Ehrlich of Stanford University, among a number of commentators who called attention to the “population crisis” as the United States Commission for Unesco opened it 13th national conference here today.

Unesco is the United Nations Educational, Scientific and Cultural Organization. The 100-member commission, appointed by the Secretary of State, included representatives of Government, outside organizations, and the public. Some 500 conservationists and others are attending the two-day meeting at the St. Francis Hotel, devoted this year to environmental problems.

His comments went beyond recent statements of President Nixon, who in a message to Congress stressed the provision of birth control information to underprivileged women.

But the Federal Government’s willingness to come to grips with population limitation was questioned by another speaker, Arthur Godfrey, radio-television star and a conservation campaigner.

“Dr. DuBridge rightly said that population control should be the prime task of every government,” he said. “But is there anyone here – anyone – who thinks that this Administration, or the next of the next, will act with the kind of force that’s necessary?”

Dr. Erlich, who is a biologist said:

“Our first move must be to convince all those we can that the planet Earth must be viewed as a spaceship of limited carrying capacity.”

“I think that 150 million people (50 million fewer that there are now) would be an optimum number to live comfortably in the United States.

“Some biologists feel that compulsory family regulation will be necessary to retard population growth. It is a dismal prospect – except when viewed as an alternative to Armageddon.”

He also urged “changing the pattern of Federal support of biomedical research so that the majority of it goes into the broad areas of population regulation, environment sciences, behavior sciences and related areas rather than into short-sighted programs on death control.”

If such steps are unavailing, he continued, the nation might resort to “the addition of a temporary sterilant to staple food, or to the water supply,” with limited distribution of antidote chemicals, perhaps by lottery.

Although it might seem that such a program could be started by doctoring foods sent to underdeveloped countries, he said, “the solution does not lie in that direction” because “other people already are suspicious of our motives.”

Rather, he suggested,  the United States should stop economic aid to countries that do not try to limit their populations.

He said that he thought the urge to multiply was rooted in the sense of insecurity. And that the better way to reduce reproduction was by “increasing the well-being of peoples.”

He also opposed chemical strategems on the ground that “every technological trick like that we’ve tried  has caused disaster.”

Recapitulating the environmental problems stemming from population, Dr. Dubridge said: “Do we need more people on the earth? We all know the answer to that is no. Do we have to have more people? Also no.

“Can we reverse the urges of a billion years of evolving life? We can. We know techniques for reducing fertility. We are not fully utilizing them.”

Citing a widespread attitude, he said: ‘We have the right to have as many children as we can afford,’ we say. Do we, today? No.

“Can we not invent a way to reduce our population growth rate to zero? Every human institution – school, university, church, family, government and international agencies such as Unesco – should set this as its prime task.”