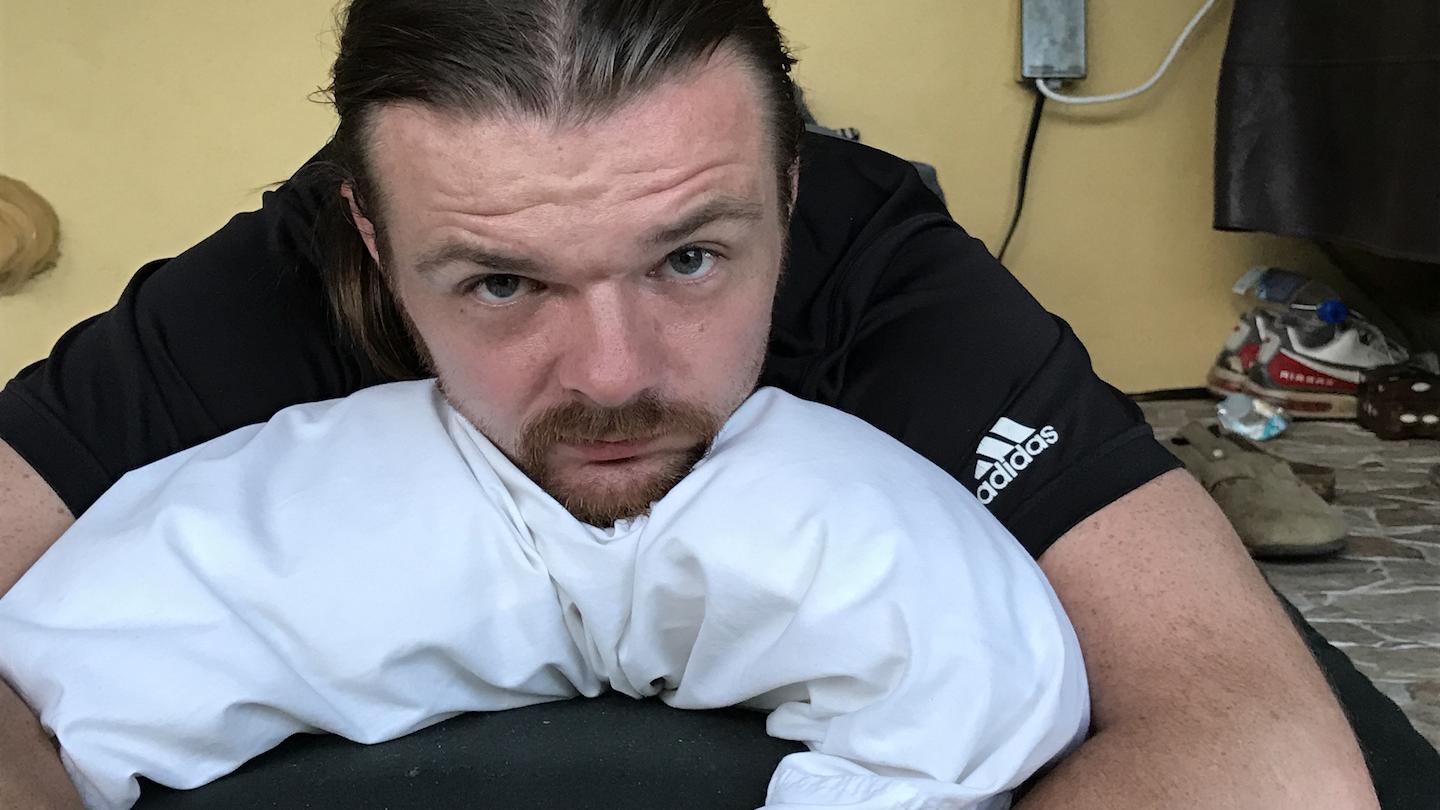 At Soul Quest, a psychedelic church in Orlando, I met war veterans looking for peace of mind.

It should be noted that Ayauhasca has VERY diverging unique traditions across the ENTIRE Amazon asin, it is NOT limited to Peru, Colombia, Brazil and Ecuador ALL have their own unique approach to working with “La Madre” (Mother Earth) and there are many many excellent Ayahuasqueros around the globe. We should also note that we CANNOT speak about Ayahuasca w/o mentioning the VERY real dangers of brujeria (black magic) practiced by some Ayahuasqueros themselves. This powerful plant medicine must be practiced and administered preferably during the day (If night time make sure a light in on at all times) and under strict supervision of an Ayahuasquero who has been highly recommended by someone you absolutely trust because the Shaman’s energy has everything to do with the Positive (Divine) or negative (witchcraft) results you’ll get out of the soul medicine plant Ceremony “experience”. 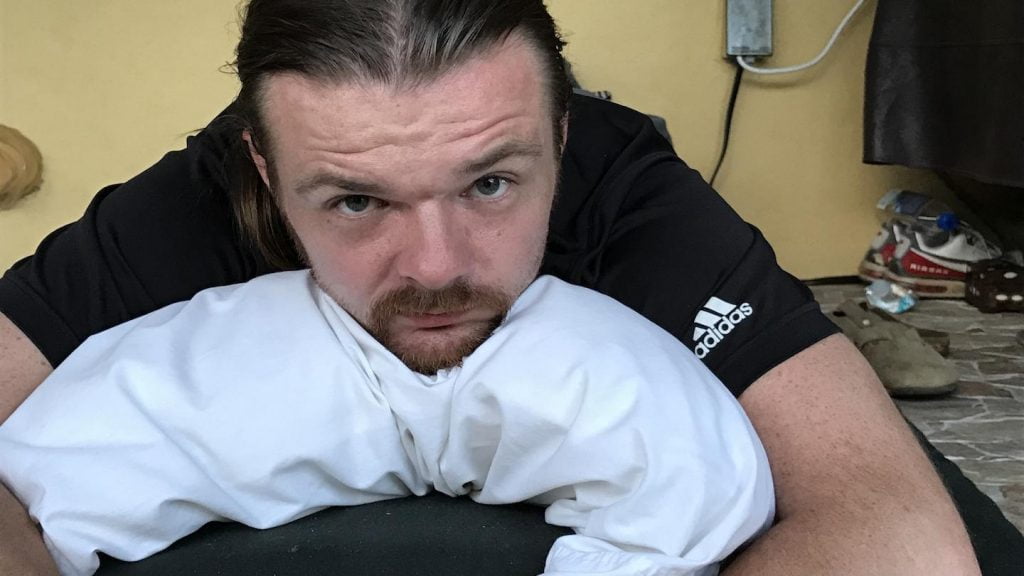 Like congregations throughout America’s expansive and eccentric religious history, the members of Soul Quest—a church offering psychedelics in Orlando, Florida—are looking for the light. For some like Jimmy, a young war veteran wearing a ‘Hakuna Matata’ t-shirt, that light comes from spending two years Googling on his laptop.

Jimmy was a squadron leader and drill sergeant in the US Marines for 13 years, with numerous deployments on the front lines in Iraq and Afghanistan. When he completed service, he couldn’t go to a movie or walk in public without feeling accountable for securing everyone’s safety. His mind wouldn’t stop playing war games.

Diagnosed as suicidal, he spent time in a clinical psychiatric ward where they took away even his shoes so he wouldn’t harm himself. Then he discovered Veterans for Entheogenic Therapy, a group of over 200 people led by former Marine Ryan LeCompte, which provides funding and therapy for veterans to do ayahuasca ceremonies in Peru, and now Soul Quest.

Ayahuasca has been used for centuries in South America as a healing ritual. In the correct setting, the hallucinogenic brew is said to induce visions and realizations that can help people see their own lives more clearly. There is also preliminary evidencethat the psychedelic can help people with Post Traumatic Stress Disorder (PTSD) and addiction, two mental health issues that often plague US veterans, so it has gained increasing popularity as treatment. 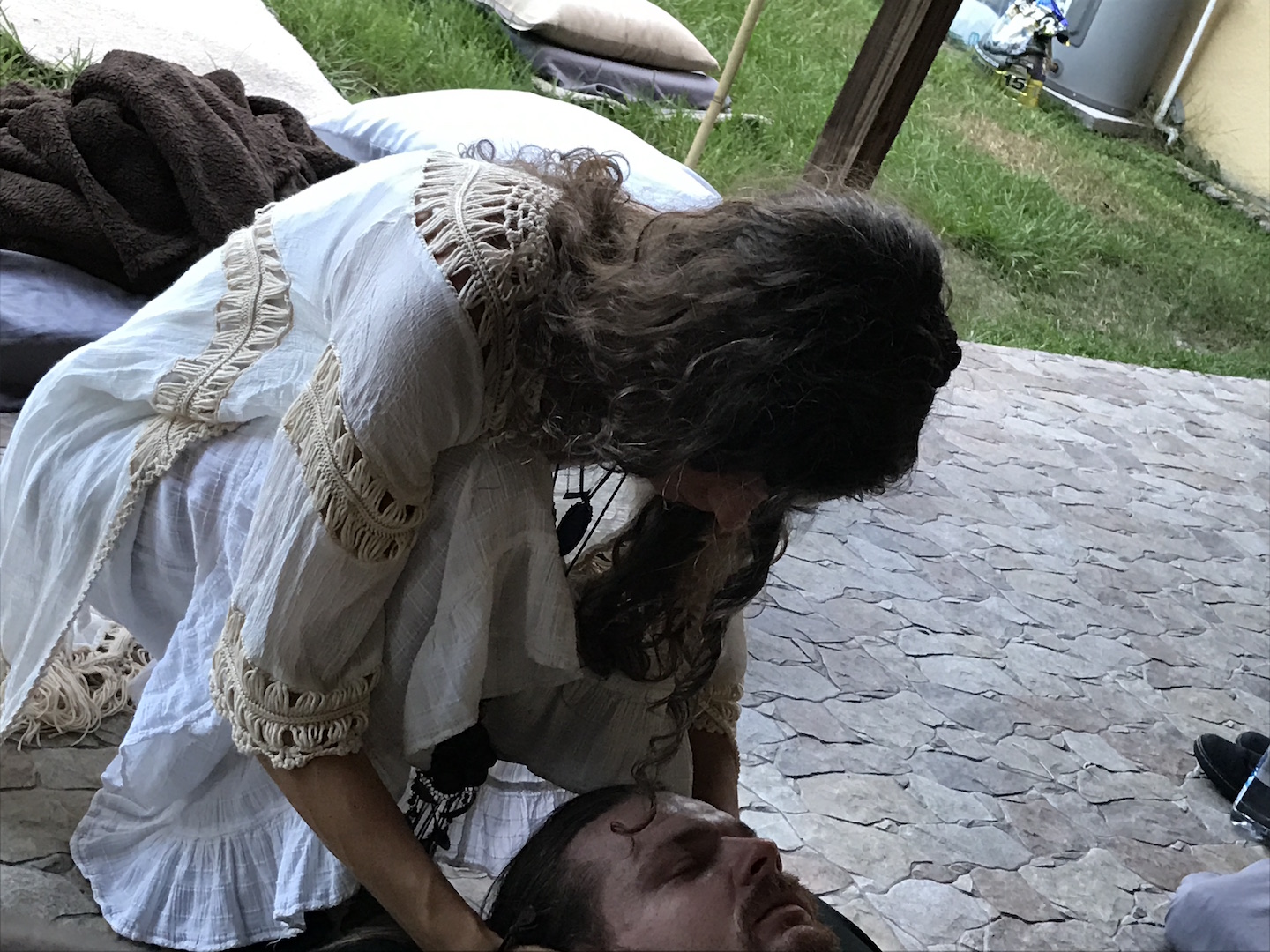 A facilitator assists in an ayahuasca ceremony at Soul Quest. Image: Josh Adler

Soul Quest attracts more and more veterans, and they come from varying backgrounds. Some are evangelical Christians. Some have been to prison. All are utterly starved for relief from the scattering tangles of PTSD, which can include symptoms of extreme paranoia, flashbacks, suicidal tendencies, dissociation, and night terrors. Home from the oil and drug wars, they inevitably gets swallowed by civilian life, often left to cope with their anxiety and depression alone.

Jimmy finally decided to try the church’s retreat after researching ayahuasca experiences online for over two years. During his first ceremony at Soul Quest in August, he revisited forgotten scenes of streets lined with corpses in Iraq. His psychedelic visions brought him eye-to-eye with victims he’d shot. Signing up for service at age 19, these were the scenes he’d hoped would satiate his outrage over the September 11 terror attacks. Now, at 33, Jimmy just wants to feel whole again.

“I’m not afraid of the medicine now,” he told other members after his first ceremony.

It’s hard to overstate the impact Soul Quest’s ayahuasca ceremonies had on the military veterans who participated in the retreat. “There are so many treatment centers in the US and no healing centers,” said Matthew, a scruffy veteran who returned home after 18 months in Iraq.

“I’m not afraid of the medicine now”

Matthew, 30, joined the US Army infantry, told me he spent his deployment anxiously awaiting orders on the sidelines of battles. Since coming back to the States he’s been left unfulfilled by his military service. “I feel like a fake,” he told me. “A boy pretending to be a man.”

Matthew said he went to Soul Quest to “seek a purpose, so that I can give the kind of love to my wife and three children that I’ve never known.”

But where some are motivated by peace, others are trying to channel their anger. I met Caroline*, an easy-going and clear-eyed veteran, at Soul Quest this summer. Caroline endured physical abuse during her childhood. Together with battlefield traumas as a Marine in Afghanistan, these experiences have dealt her PTSD and what she calls uncontrollable outbursts of rage.

In an effort to express herself, Caroline is a singer in a hardcore band, a jiu jitsu fighter, and a firefighter. “The anger, it just takes over my whole being,” she said. But that was before ayahuasca. Now, she said,”the [ayahuasca] ceremony let me see my anger and cry for the first time in years.”

Soul Quest’s sense of refuge is what brings together former soldiers and marines from Colorado, South Carolina, Connecticut, and Michigan. After experiencing the church’s prayers, songs, mind expanding rituals, and group dialogues, the veterans told me they’ve found something they were looking for.

Ayahuasca is still illegal in the US—a psychedelic drug that can be misused and dangerous out of context. But for veterans seeking a moment of clarity after years of overwhelming stress and grief, there’s hope that more clinical trials, and evidence-based practices, will make it easier to access.

After a few days at Soul Quest, Kenyata, a former NFL player and soldier turned bioengineer remarked, “I’m going to have to call my mom and let her know my questions were answered, plus about a thousand others.”