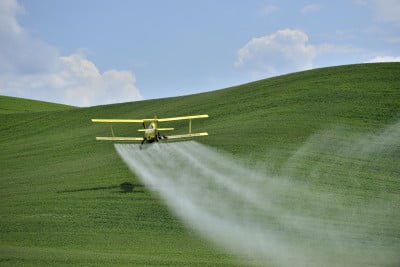 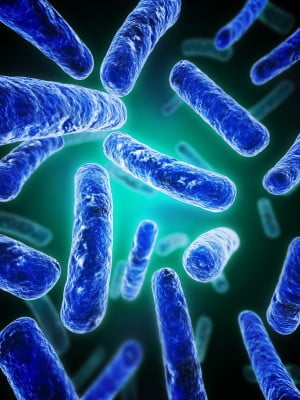 It is an awesome fact of nature that we have trillions of organisms within our body – containing completely foreign DNA – some of which break down toxic chemicals that we humans have created to kill other things, but are now killing us, e.g. pesticides. Who are these strange helpers?

Wait. Aren’t bacteria supposed to harm us? Aren’t they the enemy in the endless war against infection?

Well, when our immunity fails, some can grow out of bounds opportunistically. But they respond to the environment within which they are raised, not unlike most other creatures. Provide organic, wholesome vegetables, for instance, and you have a hotbed of positive activity in your gut. Provide sugar, processed foods and an increasing burden of chemicals and it can get ugly in there!

Also, believe it or not, ancient bacteria teamed up with our cellular ancestors eons ago to produce the energy-producing organelles within our cells called mitochondria. So, are we really that different from bacteria? No, on some level, we ARE bacteria, spurning some researchers to describe us as “meta-organisms,” composed as we are of many different living systems working symbiotically.

So, let’s look at some of the amazing feats of these friendly bacteria….

If you think the chemical-munching and degrading abilities of probiotics are amazing, then consider that probiotics perform thousands of vital functions within our body, and have been clinically researched to prevent and/or reduce the symptoms of close to 200 different diseases.  You can view the first-hand research on the benefits of probiotics on GreenMedInfo.com’s research page dedicated to the topic.

If you grow your vegetables in raw human sewage (from unhealthy folks), or factory-farmed animal waste, already preloaded with antibiotic resistant bacteria and chemicals, there is little hope that you will receive sufficient beneficial bacteria from that food.

What is more likely is that you will be exposed to highly pathogenic antibiotic resistant bacteria which have already survived decades worth of chemical and antibiotic exposure within the human gastrointestinal tract, or loads of zoological antibiotics used on the Concentrated Animal Feeding Operation (CAFO), almost guaranteeing your own microflora will be continually challenged with unhealthy, disease-promoting strains of bacteria.  This is one of the most disturbing and unspoken aspects of conventionally produced food, but there are others: gamma irradiation, bacteriophage-sprays, etc.

Moreover, new research indicates that our increasingly GMO-based global food production system which depends so heavily on broad-spectrum biocides like the active ingredient in Roundup “weedkiller,” namely, glyphosate, is destroying the fertility of the soil. Essential, and culturally ancient, food-starter bacteria – as used in fermented foods like cheese and yogurt – are disappearing in certain regions of the world. The soils have become saturated with herbicides that are destroying the microbial biodiverisity, without which many of the foods that we consume would not be possible. When that lifeline to health which comes from the soil is cut off, our own health is compromised – perhaps irreversibly.

What does this mean? Planetary health and human health are no longer separable — truth is, they never were. We need to move beyond the concept that we can hermetically seal ourselves off from the ecological destruction and mass poisoning occurring all around us by only consuming “organic.” If things continue at the pace they are going, the word “organic” will have no meaning whatsoever – other than marketing spin.  The case of perchlorate accumulation in organic food makes this problem blatantly clear. In other words, unless we become activists on this issue, we will lose everything.

I believe one good place to start is to support campaigns such as the California Right To Know Campaign which will place Right to Know Genetically Engineered Food Act on the Ballot for Nov. 6th. Learn more at Mercola.com.

Sayer Ji is the founder and chair of GreenMedInfo.com. His writings have been published in the Wellbeing Journal, the Journal of Gluten Sensitivity, and have been featured on numerous websites, including Mercola.com, NaturalNews.com, Infowars.com, Care2.com. His critically acclaimed essay series The Dark Side of Wheat opens up a new perspective on the universal, human-species specific toxicity of wheat, and is now available for PDF download.