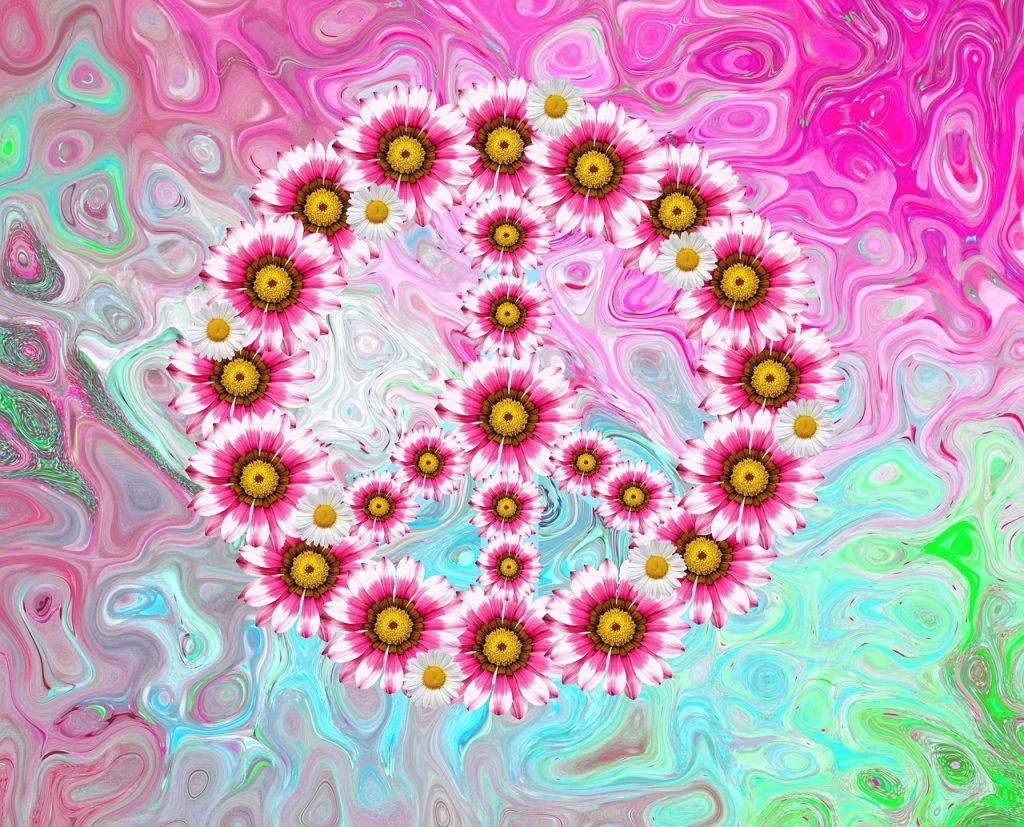 Archangel Michael: Peace, Within and Without

and Redistribution of Wealth to Humanity.

Therese Z here; As the transcript of this radio program is now available I will provide the third part of the direct transcript today. Before I do I would like to inform my readers, who might not be aware, that in this discussion below Steve is getting advice from Archangel Michael regarding the redistribution of wealth after The Event. Steve Beckow will be one of those people on Gaia who will be deeply involved in the re-distribution of wealth to humanity. Having followed Steve through many of these conversations with Archangel Michael over a period of 5 years now I can calm anyone’s question marks as to why Steve would be chosen to be one of those people. As Steve has been pondering and questioning the many different aspects of taking on a project like this for some time now he is very pleased and appreciative when in this conversation with Michael he is given a ‘mission statement and handbook’ for this work ahead. On this subject I TZ would just like to say one thing here to anyone concerned about everyone being provided with what they will need to comfortably live on. The public figures, politicians that you see on the so called ‘news’ today will NOT BE INVOLVED in this redistribution of wealth. Many of them might believe that they will but the fact of the matter is that new Light leaders will be taking their places. Its going to be a very different kind of world and will come when we least expect it from one day to another. Having listened religiously to these programs for five years I can say that we must be very close to change considering the way that AM is expressing Himself here.

Many of you look at this with such sadness.  And yes, it is very sad, and it is also very pathetic.  But you look at it and you say to me, “Mi-ka-el, how do we get from there to a place of peaceful Gaia where people are free and supported to follow their paths and their journeys where they are not interfered with and where they do not choose to interfere with another?”

In some ways, sweet ones, it is because it gets so bad, as it is right now, that in fact you say, “This alternative cannot continue.  This cannot work.”  And you are being given these catalysts on a daily basis.  We are taken aback at times that humanity can even tolerate this level of inhumanity.

SB:      Lord, so far, we lightworkers are a little bit powerless in some respects but soon we will become stewards of the Mother’s wealth and our position will change.  After we come into that state of affairs what can we do as holders of love?  What’s the best agenda or program of things to do that would address returning peace to the world?

AAM:  You are given many blessings but there is also a misconception, and we are glad you have brought this up because you know this is an area that we are very close to.  Do not assume, as some of you do, that in financial wealth money equals political power and might.  Because it does not.  And that is a very important thing for each and every one of you to understand and deeply comprehend.  And to never get caught in that belief of your own power and might.

Now you are not engaging in that fight.  You are staying twelve thousand miles, twelve thousand leagues away from engaging in that arena in any way shape or form.  You have to let it implode into itself, simply collapse into itself.  So that is the starting point.  And it is important to remember that and not engage or assume the belief that because you have money you have that kind of political clout.  You do not.  And it is not intended that you do because you are creating an entirely different paradigm and pathway. You are creating a new realm in which human beings can operate.

Having said that, there will be massive, massive aide efforts.  People, human beings, what you think of as those who are affected, downtrodden victims, cannot fully engage in peace within or peace without until they are taken care of.  It is so basic as in all of you are economic theories.  But it is also the plan of the Mother.  So, you cannot say to a human mother who is holding a starving child to think about the peace.  She may pray for peace but that absence of peace in her world is too strong for her to become an ambassador of peace.  So, the aide efforts are of such a magnitude that they in fact simply displace the warlords and show that there is a different pathway, are going to be one of your first steps.

SB:      True, but now let’s relate that to something you said awhile back to me that I should give a basic income to everyone in the country and not just some people.  How do I reconcile that?

AAM:  It is a timing issue.  Because what happens is that those who have been, shall we say, in the warring faction, in the abuse of power faction – it is not about punishment.  Let me be extraordinarily clear: you do not punish or bring more hatred to those that have engaged in hatred and abuse.  This is about the bringing them to the light, bringing them to the love, and showing them that there is a different way.

So, when you bless, and we are just using this as a working example.  This is not a suggestion of how you proceed, but it is a very good working example.  So, if you bless the Yemenis, for example, the regular population, with enough to sustain themselves – which is an aid package that is not a bunch of aid workers coming in and saying, “We know what you need.”

It does not mean that you do not have people in place to assist with community development and infrastructure development.  Of course, you do.  But if you give those who are the regular population enough to live on, comfortably live on, then what it shows is that they want to be part of that support.  That, in fact, what they have used in the past in terms of control and abuse doesn’t work any longer.  Then you can bring them into the fold, as it were.  Do you understand what I say?

SB:      Yes, I do, Lord.  Thank you.  So, I don’t know quite how to phrase this.  Can you talk more about the most useful actions that we can take once we become financial stewards of the Mother’s wealth – for peace?

AAM:  But I want you to know that one of the most substantial, productive stances you can take is right now declaring and holding the energy of peace.  Because that moves upon the global grid and far beyond to each and every person. Because really, before your question, how do we literally change the hearts of these warlords, of these people that believe that violence and force is the only way to accomplish what you want?  It is by transmitting upon that grid the etheric, unseen web.  That is why you have the World Wide Web.  It is an example of how transmission truly takes place.  So, you are already transmitting.  You are already laying the foundation for peace and you are doing it through your energy fields.  You are doing it through the vocalization, the speaking of the words of peace.  And whether it is speaking at the United Nations or speaking in Congress or speaking to your neighbor, they are all one and the same.  So that is important.

The other thing is, as you become more fluid in your ability to share abundance, shall we say, in the true meaning of the word as well as the practical meaning of the word, is that what you are doing is being very low key.  You cannot, from the truth and the goodness of your authentic essential self ever walk into a country, a village, a neighborhood, or an interpersonal relationship and say, “I have the solution.”

This is a conjoint process.  Too often there has been in the history of humanity this belief that if you simply throw resources at an issue such as poverty, that it will heal the malady. And you have learned, and that was important that you have learned, that this is not necessarily so.  Does the support help?  Yes, but it is literally that old adage which is you also, at the same time, you teach people to fish; you do not simply feed them.

So, it is not an either/or.  It is the combination.  And the combination comes from consultation and cooperation and collegiality with the population that you are working with.  So, whether it is the south side of Chicago or the displaced migration of people, then you will see that it has need to be appropriate and in consultation.  You cannot simply apply a solution and think it will work.

There are many, many who have devoted their entire lives to addressing these kinds of situations and who have prayed and wished and worked for solutions and resources to bring about this peace that I am speaking of.  Now they may not speak the same language, and I am talking about the language and belief systems of lightworkers and love holders.  It does not matter one iota.  You use the expertise of those (who) with their mission and purpose have devoted their lives to this kind of work.  And you employ them, and you work in collegiality with them.  It is not about reinventing the wheel.  It is giving the resources to those who have committed their entire lifeforce to this type of work.

SB:      Quite a mission statement and handbook that you’ve given us, which I very much appreciate.

AAM:  Yes, you know me well, my brother.  So while I tell you to dream big, to plan big, to not be hasty. Think of it in this way.  That you proceed softly.  That you proceed gently.  If you think on the Hanukah menorah you are lighting the first candle and waiting, and then the second, and then the third.  You do not rush it.  You are anxious.  You are on fire, ignited with the spirit and the authority of Divine Will.  But pace yourselves and form your alliances and your collegiality coalitions, and then proceed.

Go with my love and go with my blessing. Farewell.

This channeled material is protected by copyright. We invite you to share it on condition that it is used in its entirety, that no alteration is made, that it is free of charge, and that the copyright notice, channel credit, website link, and this statement are posted.

Radio show of this material on In-Light Universal