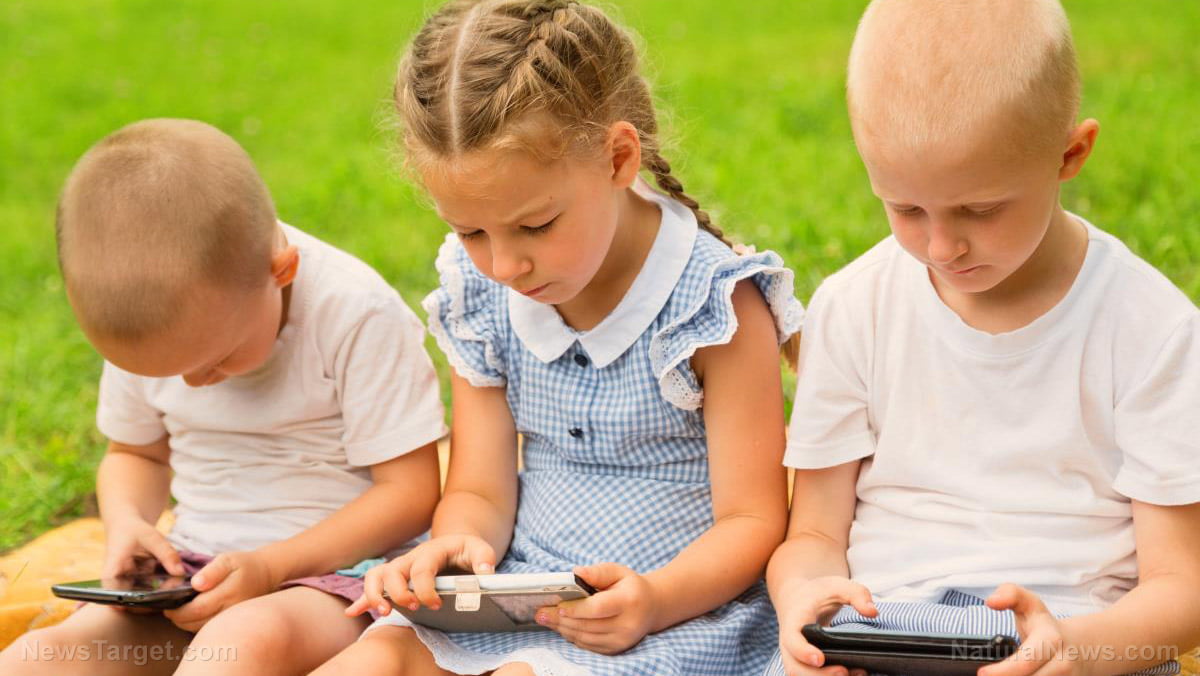 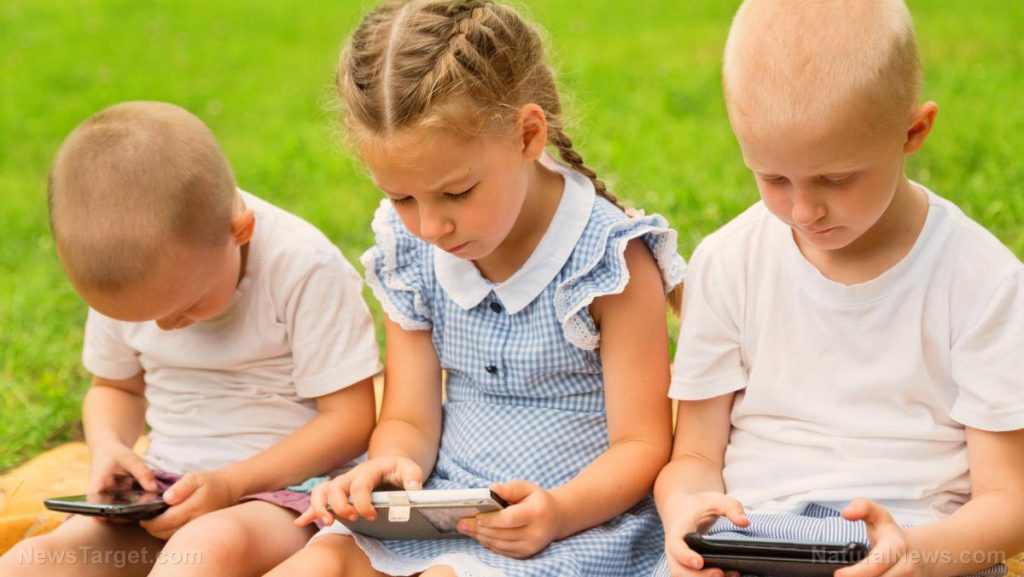 It’s fairly obvious to most intelligent people that modern society is going insane. It’s especially true among today’s hyper-connected youth who seem to be truly deranged and mentally ill, hyperventilating over every issue imaginable such as “net neutrality” or the election of Donald Trump. The lunacy of modern society has never been more extreme, and many of us who observe all this are wondering is there a common cause behind the insanity?

As it turns out, the mass poisoning of human brains with cellphone radiation has only been going on for a generation or so. It may be the common cause behind the insanity, and California health authorities have just confirmed this possibility by issuing new warnings about the adverse brain effects of cellphone radiation exposure.

“The research suggests cellphones could increase our risk for brain cancer and tumors, low sperm count, headaches, as well as impaired memory, hearing, and sleep,” reports CBS News / San Francisco. In other words, cellphone radiation has been found to directly interfere with normal brain function, leading people to demonstrate abnormal cognitive function. This, combined with the brain-warping harmful effects of social media, seems to have driven our society to the brink of runaway mental illness across the masses.

Just as the Romans destroyed their civilization with the help of lead poisoning in the water aqueducts, we may be destroying our own civilization by frying all our brains with cellphone radiation (and thereby driving our people insane).

According to the article linked above, 95 percent of Americans are now using cellphones on a regular basis. This is even true among today’s youth who seem to be addicted to the devices (as portals for social media chats, photo sharing and the like). But is all this device time frying young brains and interfering with neurological development?

Could cellphone radiation exposure, in other words, be responsible for the “snowflake generation” of fragile crybullies and emotional wrecks that now seem to dominate college campuses across our nation? A new documentary called “Generation Zapped” looks at the stunning health risks associated with wireless technology and mobile devices. Found at GenerationZapped.com, the new documentary dares to examine the medical and health implications of prolonged cellphone radiation exposure. See the trailer here:

The documentary also covers smart meters and how they expose entire buildings full of people to electromagnetic radiation pollution.

The wireless industry is the new “Big Tobacco”

Inherent in the film is coverage of the massive scientific cover-up being waged by the industry. We’re talking about a “Big Tobacco-style” cover-up of scientific evidence of harm. Powerful corporations that are deeply invested in wireless technology spend billions of dollars each year lobbying lawmakers and regulators to bury the truth about electropollution and the risk of EMF exposure.

That’s why this film and its producers will, of course, be maliciously attacked by the wireless industry in exactly the same way big tobacco whistleblowers were attacked by the cigarette companies throughout the 1970s, 80s and 90s. (It’s also why the vaccine industry viciously attacks anyone who points out how vaccines contain brain-damaging aluminum and mercury.) When the truth threatens a multi-billion-dollar industry, the truth is always attacked and suppressed, and such suppression of truth is always dressed up in the name of “science.”

But it’s all fake science, of course. Or, better stated, “industry science” … which isn’t actually science at all. It’s just propaganda.

Have we allowed an entire generation to be brain damaged by cellphones?

The bigger question here, however, is what I’m posing today: By ignoring the very real health risks of brain damage caused by cellphone radiation exposure, have we allowed an entire generation to become brain damaged? It’s hard to look at “snowflakes” today and not conclude they are mentally deranged lunatics. See the videos below for some examples:

As these videos demonstrate, a shocking number of today’s youthful people are nothing short of raging lunatics. This is especially evident in the LGBT / trans community, which is now expanding its “tolerance” acronyms to include men who enjoy having intercourse with the tailpipes of automobiles. Every freakish, deranged sexual deviancy is now claimed to be a “protected” victim group, and there’s no question the deranged Left will soon demand special protection for bestiality, pedophilia and those who engage in sexual acts with corpses. (Love wins! Um… dude, maybe that isn’t the kind of love you should be looking for…)

The political Left in America, in other words, is now trying to normalize mass mental illness for the simple reason that it has become so widespread that it almost seems common. But “common” doesn’t make it normal or healthy. If an entire generation is mass poisoned, that doesn’t make them all sane. It just means that the brain damage is extremely widespread (and therefore extremely dangerous to the long-term sustainability of society as a whole because no society that goes collectively insane has much of a future). The lunatic fringe of America’s culture, in other words, has found strength in numbers as more and more of our youth are becoming brain damaged by exposure to neurological poisons. These poisons no doubt also include pesticides in the food supply, but EMF pollution is rapidly emerging as perhaps the most damaging factor of all.

Is it time to ban mobile devices for young people?

Modern society has long agreed that cigarettes should be banned for young people because of the harm they cause young, developing bodies and brains. Today nobody argues that children should be able to buy a pack of Camels (although this was, of course, the big push by the tobacco industry decades ago).

Now that science has confirmed cellphones pose a very real risk to the brains of young people, is it time to debate banning such devices from being habitually used by young people? The libertarian argument, of course, is, “No way!” Government has no role banning people from using cellphones at any age, they say. But what if cellphone use is proven to cause brain damage and mental illness?

Then the argument becomes the same argument as the Big Tobacco scenario. At what point should the freedom of individuals be curtailed in the interests of protecting young people from severe brain damage caused by the use of certain products? Meth is currently illegal, by the way, for precisely this reason: It is widely known to be extremely damaging to human biology (and neurology). If harmful cellphones are legal for children to use, why don’t the freedom argument people argue the same reasoning for meth use by children, too? Granted, there is a huge disparity between the severity of harm caused by meth vs. cellphones, but there’s no question they both cause some degree of harm. How much harm are we as a society going to say is “okay” for children when there’s a better option of causing no harm at all?

This article isn’t the right place to debate this issue, which is why I’m primarily just raising the question here for future debate. Personally, I think parents who allow their children to acquire and use cellphones at any age under 12 years old are extremely irresponsible and causing serious long-term damage to their children. But the social pressure for all children to acquire such devices and use them for social conformity behaviors (i.e. snapchatting all their friends every 25 seconds to “fit in”) is overwhelming, so it’s easy to see why so many parents cave in and give their children mobile devices at increasingly young ages.

It’s time, I think, to start questioning the wisdom of such tolerance. Now that we know cellphones definitely cause long-term brain damage, we must debate this issue for the sake of all future children who may be unknowingly harming themselves with lifelong brain damage.

Follow more news on all this at EMF.news and Brain.news. And check out the new film at GenerationZapped.com.