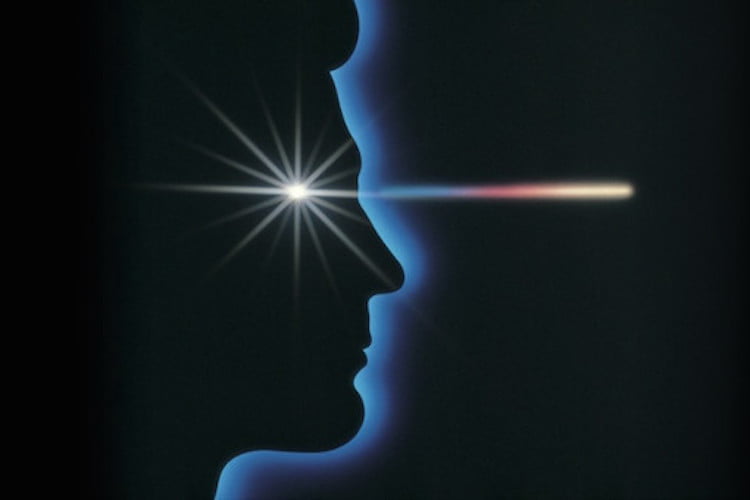 Our intuition develops when we are babies, long before are indoctrinated into Newtonian physics – which largely prohibits us from understanding the quantum world. Ironically, one of our first intellectual abilities – intuition – may be one of the greatest forms of intelligence we will ever experience in a “grown-up” world.

In the quantum world, there are no “positions” nor “speed.” These are classical, mechanical terms for a world that doesn’t really exist. Yet, as tiny babies we understand how things work without having a clear grasp of certain intellectual realities.

Psychologists Susan Hespos from Northwestern University, and Renee Baillargeon of University of Illinois found that this physical intuition kicks in as early as two and a half months, and other scientists think that intuition is probably present from birth.

Gerd Gigerenzer, a director at the Max Planck Institute for Human Development, argues that intuition is less about suddenly “knowing” the right answer and more about instinctively understanding what information is unimportant and can thus be discarded, but even if we have intuition even at birth, one could argue that we have yet to develop the intellectual capacity to learn which information can be discarded.

Yet innate notions, plus “elaborations” born from watching and interacting with the world, add up to a sort of “naïve physics” that we all grasp before having a single physics lesson.

Max Born, who received the 1954 Nobel Prize for his contributions to the foundation of quantum mechanics, felt that our minds just weren’t up to the task of “intuiting” quantum physics. As he wrote in “Atomic Physics,” first published in English in 1935,

“The ultimate origin of the difficulty lies in the fact (or philosophical principle) that we are compelled to use the words of common language when we wish to describe a phenomenon, not by logical or mathematical analysis, but by a picture appealing to the imagination. Common language has grown by everyday experience and can never surpass these limits.”

Aristotle’s 2,300-year-old theories, in which heavy objects fall faster than light ones, and objects in motion ease to a stop unless you keep pushing them have been our assumption until now, but in the quantum world there is no friction. Objects can appear and disappear merely with our observation of them.

Some of Our Biggest Life Decisions are Based on Intuition

The fact that our minds have evolved past avoiding being eaten so that we can also appreciate a great symphony or a breath-taking sunset might also account for the development of our intuition – or be explained further by quantum consciousness.

Gerd Gigerenzer, author of the book Gut Feelings: The Intelligence of the Unconscious, says that he is both intuitive and rational. He states,

“In my scientific work, I have hunches. I can’t explain always why I think a certain path is the right way, but I need to trust it and go ahead. I also have the ability to check these hunches and find out what they are about. That’s the science part. Now, in private life, I rely on instinct. For instance, when I first met my wife, I didn’t do computations. Nor did she.”

In fact, some of our biggest life decisions are based on a “hunch” and not some Newtonian calculation of reality. And that hunch is often extremely successful at telling us what to do in many varied, hands-on, real-life applications. Why?

It all makes more sense once we understand the latest research into quantum computing.

Regular computers use bits for processing. Everything is either a 1 or a 0, and from this foundation all letters and numbers can be created, and mathematical and logical problems solved.

When an atom replaces the bit, however, a 1 or 0 can be both a 1 or 0 at the same time. This means that complex mathematical calculations which might take millions of bits, and take up tons of storage space in a regular computer, can be compacted and done simultaneously, thus freeing up memory, and performing calculations at an unbelievable speed. However, out innate intuition may work in the very same way – tapping into the Quantum Intelligence that permeates all things.

If the Universe is indeed fractal, and connected and holographic, it would mean that a single atom contains the information of every Universe.

Since we are nothing more than a compilation of atoms (the wave-particle phenomenon notwithstanding) then we can tap into a quantum information/energy field. To use quantum computing terms, we could intuitively process large pieces of information or complex information in the blink of an eye because we are utilizing this field rather than some clunky 1s and 0s.

Interestingly, and quite a slap in the face to Max Born who proposed we were incapable of quantum intuition, physicists recently used human intuition and intelligence to create a better quantum computer.

Just playing a game, players solved real research questions in quantum physics, and found solutions that were better than trained physicists or state-of-the-art algorithms could find.

That’s worth a moment of reflection.

While this proves human intelligence is still better than AI, it also suggests that intuition is likely derived from the quantum field, of which we are all a part.

Christina Sarich is a staff writer for Waking Times. She is a writer, musician, yogi, and humanitarian with an expansive repertoire. Her thousands of articles can be found all over the Internet, and her insights also appear in magazines as diverse as Weston A. Price, Nexus, Atlantis Rising, and the Cuyamungue Institute, among others. She was recently a featured author in the Journal, “Wise Traditions in Food, Farming, and Healing Arts,” and her commentary on healing, ascension, and human potential inform a large body of the alternative news lexicon. She has been invited to appear on numerous radio shows, including Health Conspiracy Radio, Dr. Gregory Smith’s Show, and dozens more. The second edition of her book, Pharma Sutra, will be released soon.