Prepare For Change
Home Awakening Nuclear Fusion: What It Is And Why It Matters To You 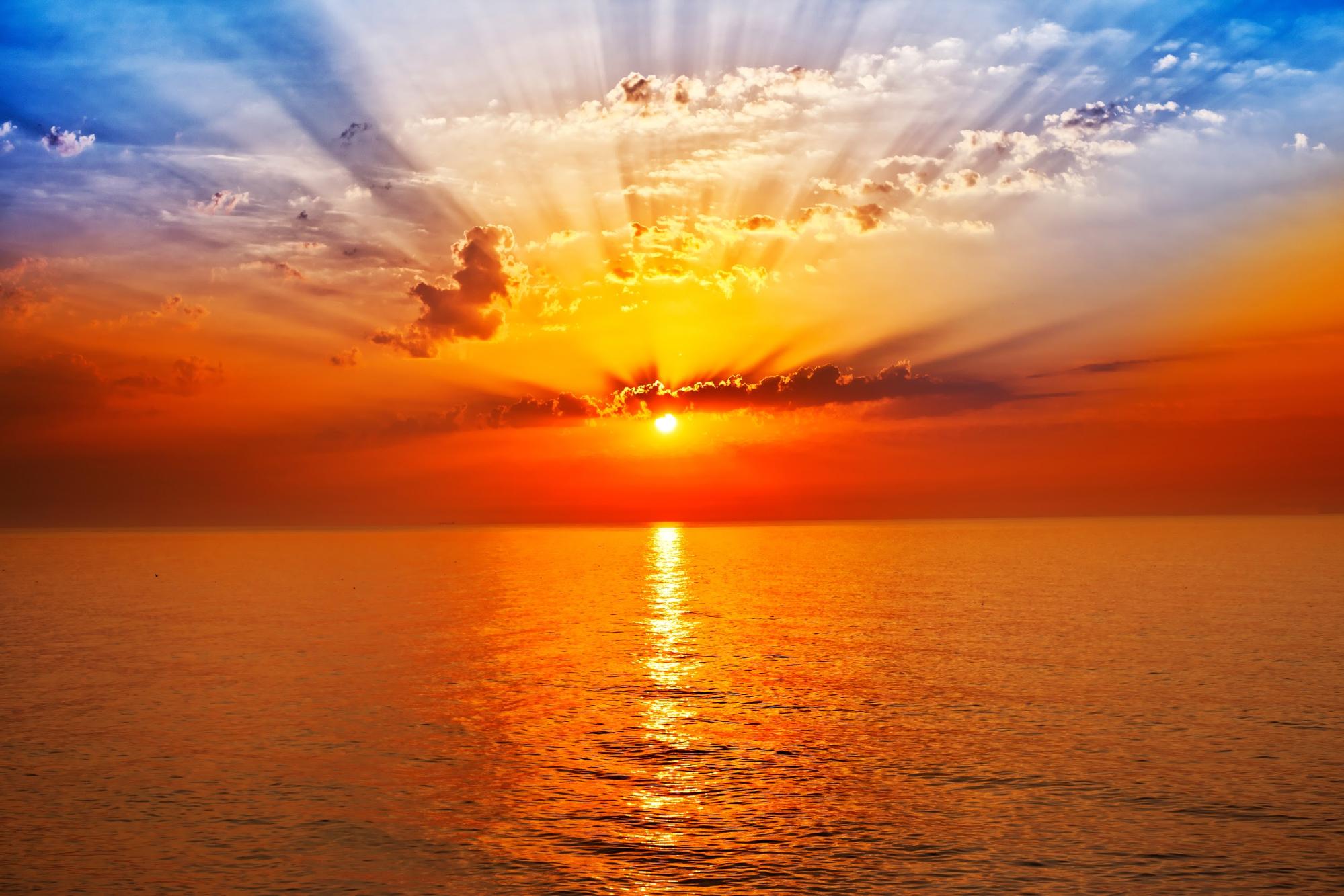 There always has been and always will be an energy race. No matter the decade, millennium, or generation, humans have always found themselves in search of the next big thing to power their lives.

In antiquity, the Greeks, Romans, Egyptians, Persians, and Asians managed to build grand civilizations using only manual labor. England became one of the leading forces in the world due in part to its embrace of coal.

Now, as we roll into the 22nd century, people are on the lookout for that new big thing – the magical power source that will supplant electricity and give us an affordable, unlimited way to light up our streets and feed our computers. 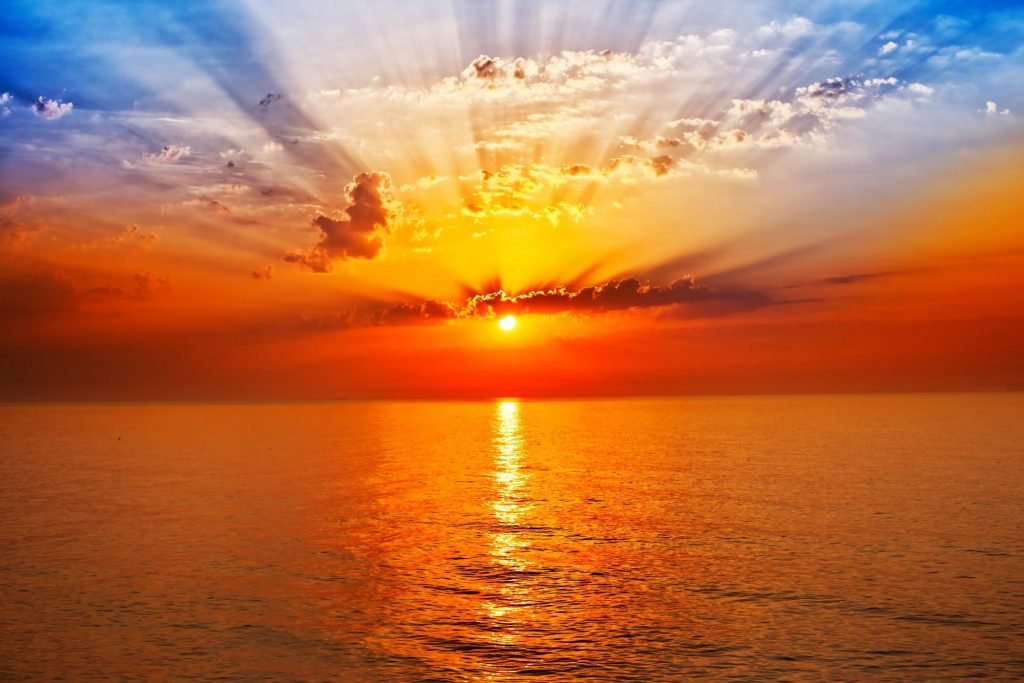 Many scientists and leading experts in the field believe the answer to this dilemma has been in front of us since the dawn of time. If we really want to find out what our future holds and how to solve the cataclysmic energy crisis that we find ourselves in, we only have to look to the sky for inspiration.

The sun, worshipped throughout generations, is still regarded by many physicists with the same sense of awe as our ancient ancestors. Up there, hanging in the heavens, is a virtually unlimited source of clean energy.

How is the sun connected to the future of energy? Two words: nuclear fusion. 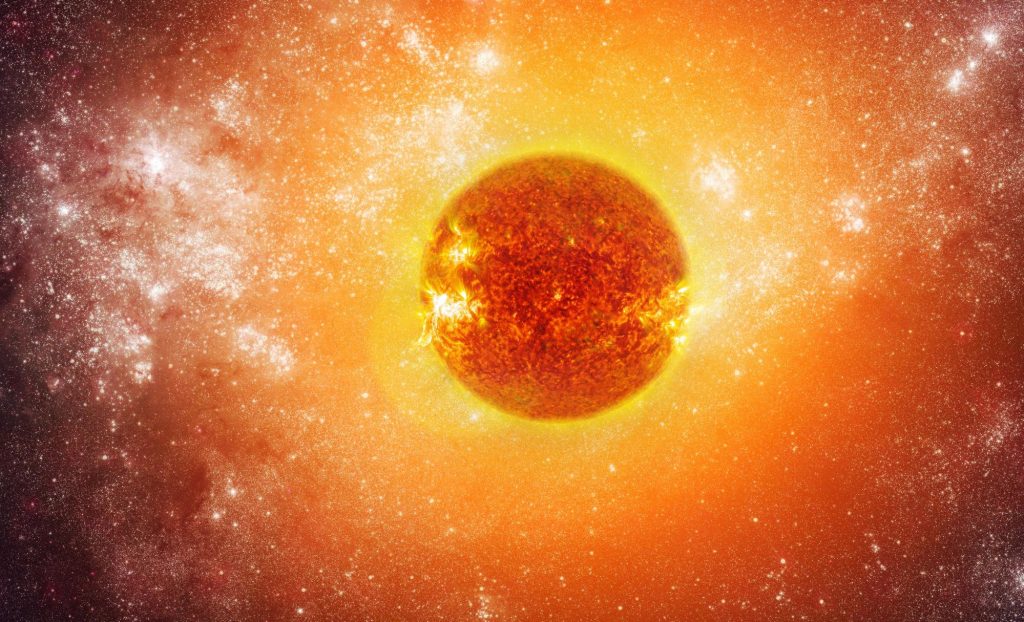 The sun is a G-Type main-sequence star that lies at the very center of our solar system. It was formed approximately 4.6 billion years ago, when a series of gravitational collapses of matter within a large molecular cloud occurred. To simplify things, we’ll just call this an explosion.

The fallout of the explosion scattered in an orbital disk and essentially became our solar system. At the very center, still burning white-hot, lay the sun. This central mass became so hot and dense that it initiated a continual nuclear fusion at its core.

That last bit of information, “nuclear fusion”, is what scientists are really interested in. Every second, trillions of hydrogen ions are fusing in the sun’s dense 27 million degree core.

When you combine this with the sun’s massive gravitational force, you suddenly have what many call the Goldilocks Principle (where everything is just right). The sun’s gravitational forces not only capture the moving hydrogen atoms, but also squeeze them together so tightly that they are transformed into the much heavier element, hydrogen.

When this squeezing and transforming takes place, a huge amount of energy is release. This is nuclear fusion.

What’s The Difference Between Fusion and Fission? 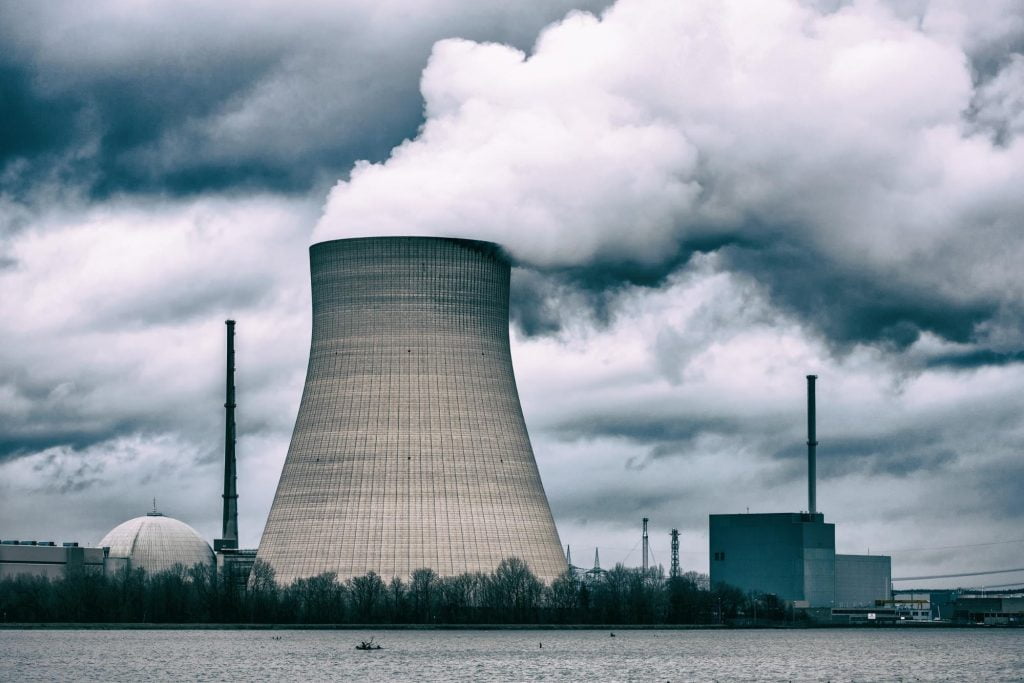 Nuclear fusion is based on principles completely different from those ofnuclear fission (what we now have in reactors and in bombs). Fission works on the idea of splitting unstable compounds (their atoms) into smaller pieces. It’s a process that does not occur normally in nature and whose energy output is derived primarily from the chain reactions of neutrons.

Fusion, on the other hand, occurs naturally in the universe and is obtained not by the splitting of atoms but by the joining of (or fusion) of two or more lighter atoms into a larger denser one.

Fission comes with built-in inefficiencies. Aside from the fact that it’s an extremely hazardous process that’s difficult to contain, the fuel needed (usually Uranium-235), is expensive to mine and purify. And once used, Uranium rods are amazingly radioactive and require proper disposal and security in order to ensure public safety.

The Promise Of Nuclear Fusion 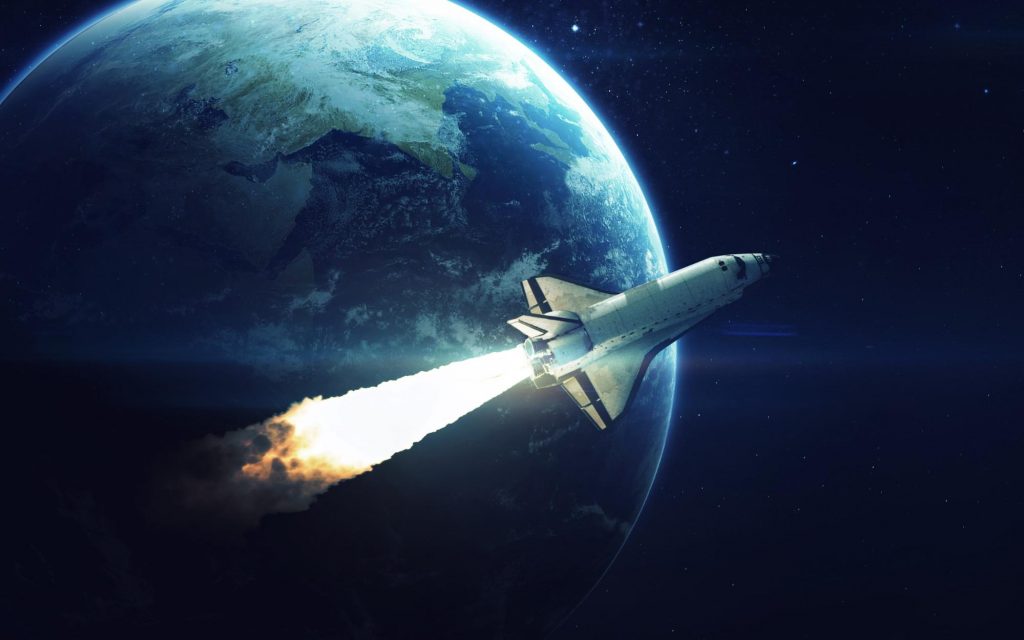 If we can replicate the nuclear fusion process on Earth, we would be on the verge of a new era in energy. An nuclear fusion energy plant would be capable of providing a virtually limitless, highly efficient, profitable, and clean energy source. In one moment, our dependency on fossil fuels, the energy crisis, worldwide poverty, and many other woes would become a thing of the past.

What sorts of changes could we see?

Propelling Us Into Space

One of the big challenges in colonizing other planets and reaching beyond the moon is our dependency on fossil fuel. In theory, nuclear fusion would not only lift the ban on our ability to travel to Mars and beyond, but its energy output would allow us to actually make the journey comparatively fast.

As a limitless and clean energy source, nuclear fusion would permit humanity to gentrify and to a certain degree, restructure areas of our planet that are currently not only in economical collapse, but in a structural catastrophe. Many of the world’s strife revolves around control of energy sources and the ability to extract fuel. A limitless supply of energy could significantly cut down on worldwide conflict.

Only 3% of the world’s water is actually drinkable. The other 97% is undrinkable salt water. The only way to make this water drinkable is to remove the salt. Unfortunately, desalination plants, particularly in rural communities and poor countries, are a pipe dream due to their costs. Nuclear fusion could significantly reduce the hefty price tag of such plants and provide large scale desalination.

Nuclear fusion produces no greenhouse gases or waste. Unlike other nuclear heavy cores, there is little to no radioactive waste and the only byproduct of fusion is helium. The creation of fusion involves only hydrogen isotopes (deuterium and tritium), instead of uranium. it is a safe and relatively non-toxic way of obtaining energy. Unlike nuclear fission energy, which can create catastrophic chain reactions, fusion is much easier to control. And unlike fossil fuel energies, it’s infinitely clearer.

The State of Nuclear Fusion 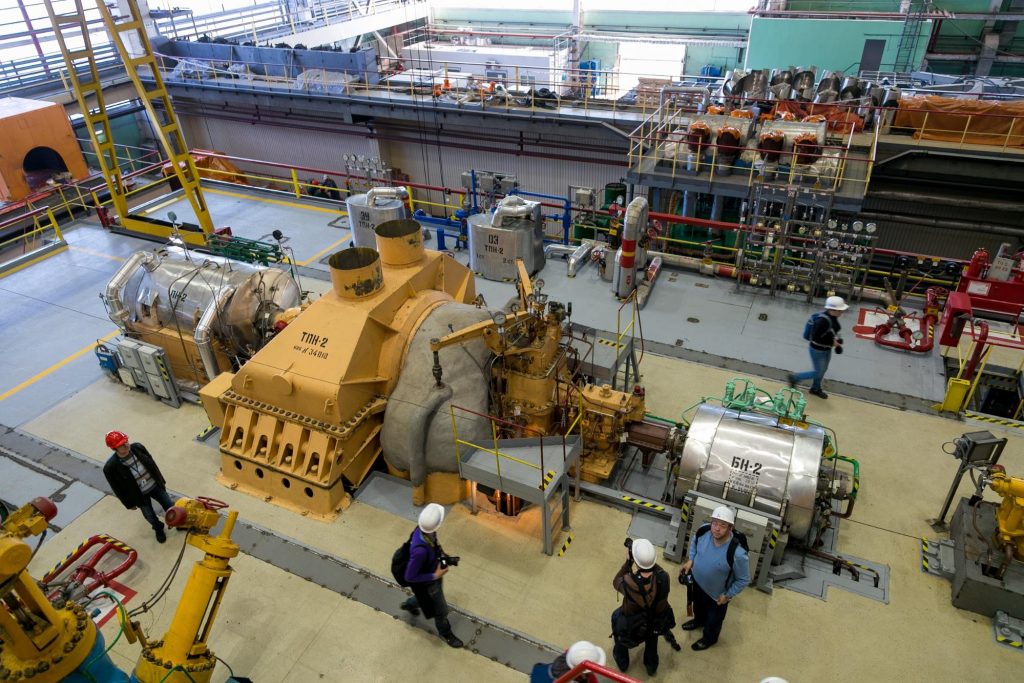 We are still in the very early stages of nuclear fusion. The process has been replicated on a very small scale already, using three separate methods:

A pellet of hydrogen is compressed by numerous lasers until the nuclei fuse into helium, which then unleashes a burst of energy.

Using magnetic fields, a superheated plasma of fusible material is tightly confined in a reactor. When this happens, nuclear fusion reactions begin to occur.

This is a hybrid of the two methods. Using magnetic fields, superheated plasma is created and confined. Additionally, pistons compress the fuel, leading to a burst of nuclear fusion.

Over the past year there have been some big wins. Scientists from MIT broke the record for plasma pressure back in October, and in December, South Korean researchers became the first to sustain ‘high performance’ plasma of up to 300 million degrees Celsius (540 million degrees Fahrenheit) for 70 seconds. In Germany, a new type of fusion reactor called the Wendelstein 7-X stellerator has been able to successfully control plasma. But we’re still a long way off being able to put all those pieces together – finding an affordable way to generate plasma at the temperatures required for fusion to occur, and then being able to harness it for long enough to generate energy.

We may be a ways off from having wide-scale nuclear fusion, but we’re certainly headed in the right direction. And the motivation is certainly there to keep pressing on. The first company to master the process will cash in a gold mine and the world will be changed overnight.

Until that time, we’ll have to rely on our rather inefficient methods of energy creation. But we can say that the future is bright.