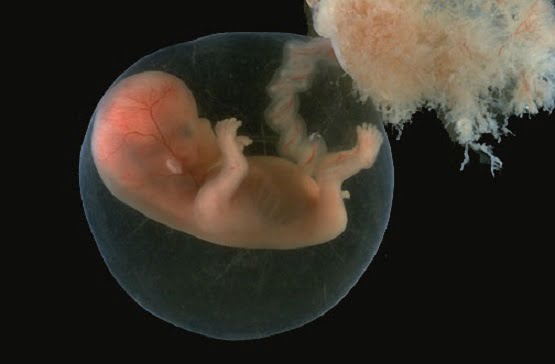 The United States marks 45 years of legalized abortion in all fifty states at any time for any reason throughout pregnancy on January 22nd, the anniversary of the Roe v. Wade Supreme Court decision. Since that time, there have been an estimated 60,069,971 abortions that have destroyed the lives of unborn children.

A new analysis published by the National Right to Life Committee indicated there have been an estimated 60,069,971 abortions since the Supreme Court handed down its 1973 Roe vs. Wade decision allowing virtually unlimited abortions.

“Sixty million unborn children have died as a result of the Supreme Court’s Roe v. Wade and Doe v. Bolton decisions,” said Carol Tobias, National Right to Life president. “However, through the right-to-life movement’s determination to protect mothers and their children, we continue to see evidence that our efforts to educate America about the unborn child’s humanity, and our efforts to enact protective pro-life legislation, are having a tremendous impact in moving our nation away from Roe’s and Doe’s deadly legacy.”

In the document, “Abortion Statistics: United States Data and Trends,” NRLC education director Dr. Randall K. O’Bannon provides the figures based on data from both the Centers for Disease Control and the pro-abortion Guttmacher Institute, a former Planned Parenthood research arm. Guttmacher receives numbers directly from abortion centers themselves and is the prime source for more current figures because the Centers for Disease Control has never tabulated accurate numbers of abortions. The CDC relies on figures from state health departments, some of which rely on voluntary reporting — and it hasn’t had data from some states such as California and New Hampshire for more than a decade.

“Because of these different methods of data collection, GI has consistently obtained higher counts than the CDC. CDC researchers have admitted it probably undercounts the total number of abortions because reporting laws vary from state to state and some abortionists probably do not report or under-report the abortions they perform,” O’Bannon explains.

The number means there are more than 3,657 abortions daily and 152 abortions per hour every hour in the United States.

The number of total abortions in the United States overall is higher because some states, such as California, New York, and Colorado, legalized abortions prior to Roe. Those pre-Roe abortion figures are difficult to obtain — though some estimate at least one million abortions may have occurred in these states in the late 1960s and early 1970s.

The good news for pro-life advocates is that abortions are on the decline. 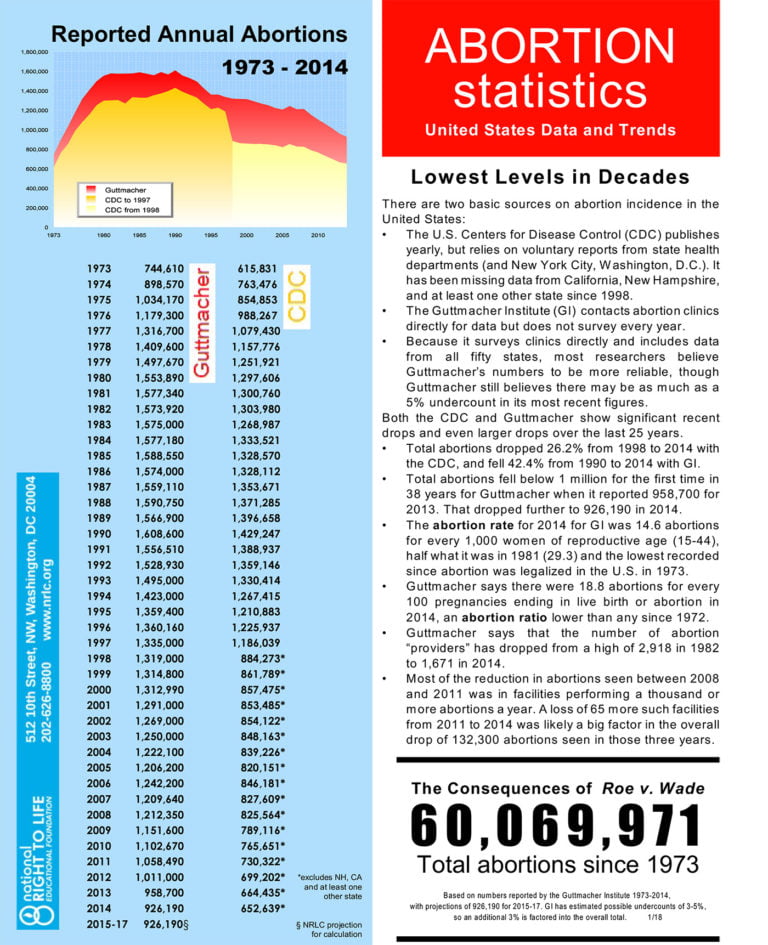 The NRLC analysis shows abortion numbers rising in the 1970s and, in the 1980s, abortion eventually mainstreamed itself to the point that about 1.55 million abortions were done annually until the early 1990s. At that point, as crisis pregnancy centers began turning the corner with the use of ultrasounds, pro-life state legislation began to take hold and the Internet allowed the pro-life perspective to flourish, abortions began to decline. The partial-birth abortion ban and the use of 3-D and 4-D ultrasounds is also credited.

“After reaching a high of over 1.6 million in 1990, the number of abortions annually performed in the U.S. has dropped back to levels not seen since the late 1970s,” NRLC says.

“Abortion has taken a terrible toll on America. We’ve now lost more than 60 million of our sons, daughters, friends, and neighbors and we are a much poorer nation for it,” O’Bannon said.