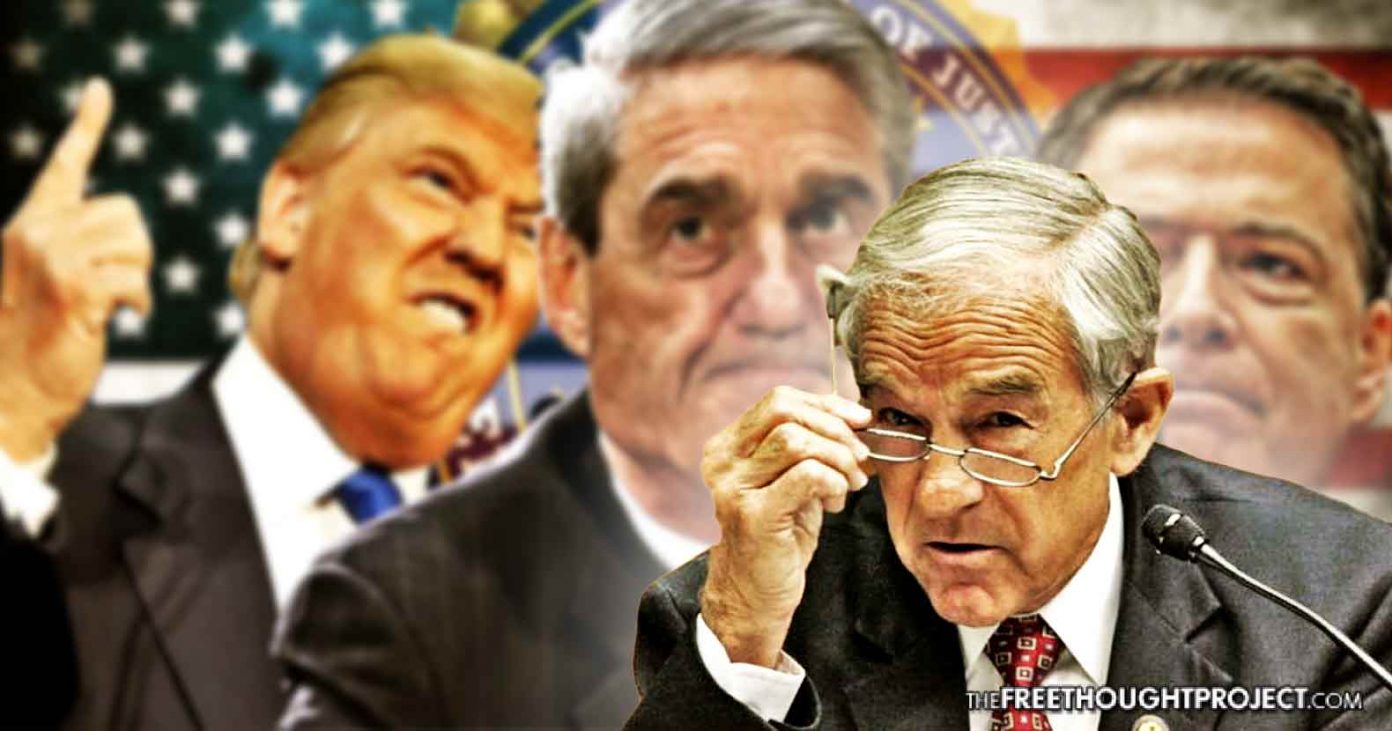 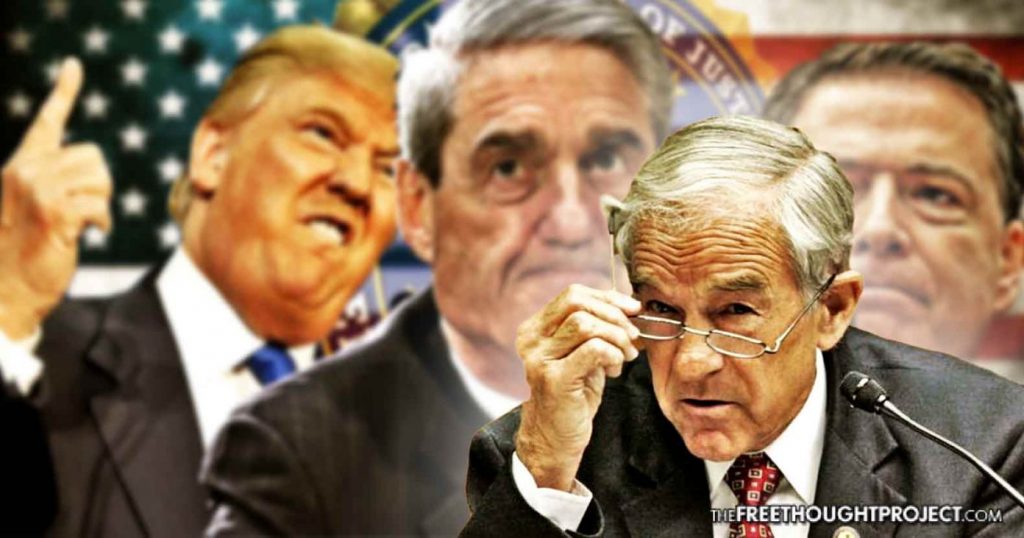 The left is for war, if with big government. The right is for big government, if with war. The perceived differences between the two parties in Washington D.C. are little more than smoke and mirrors to keep Americans constantly arguing while the welfare-warfare state marches on. The recent FISA memo scandal hammers home this point as it shows both democrats and republicans are both lying to us to further their agenda.

Ron Paul wrote an op-ed this week pointing out the hypocrisy exposed in Washington from the release of the FISA memo and it will likely cause heads to explode as it shatters the partisan narrative.

As Paul noted, Americans were told that the FISA memo would lead to the sky falling from space. People would be jailed, classified information would be exposed and our entire system of security would be compromised.

The Democrats warned us beforehand that declassifying the memo would be the end the world as we know it. It was reckless to allow Americans to see this classified material, they said. Agents in the field could be harmed, sources and methods would be compromised, they claimed.

Republicans who had seen the memo claimed that it was far worse than Watergate. They said that mass firings would begin immediately after it became public. They said that the criminality of US government agencies exposed by the memo would shock Americans.

However, in reality, none of these things happened and it is business as usual behind the marble walls in Washington D.C. After the release of the memo, very little changed—with the exception of more divide and hatred among Americans.

Then it was released and the world did not end. FBI agents have thus far not been fired. Seeing “classified” material did not terrify us, but rather it demonstrated clearly that information is kept from us by claiming it is “classified.”

Indeed, the FISA memo was little more than political theater meant to distract Americans and keep them at each other’s throats. And, in the cover of all this divide and distract rhetoric, the military-industrial complex marches on.

“In the end, both sides got it wrong.” -Ron Paul

Paul explains how the memo essentially proves that the “deep state” is a very real entity with control over both parties and is hell-bent on maintaining control to bolster the war machine.

First, the memo demonstrates that there is a “deep state” that does not want things like elections to threaten its existence. Candidate Trump’s repeated promises to get along with Russia and to re-assess NATO so many years after the end of the Cold War were threatening to a Washington that depends on creating enemies to sustain the fear needed to justify a trillion dollar yearly military budget.

Imagine if candidate Trump had kept his campaign promises when he became President. Without the “Russia threat” and without the “China threat” and without the need to dump billions into NATO, we might actually have reaped a “peace dividend” more than a quarter century after the end of the Cold War. That would have starved the war-promoting military-industrial complex and its network of pro-war “think tanks” that populate the Washington Beltway area.

Paul’s explanation serves to put into context the reason for Trump’s first year being little more than a series of broken campaign promises. No matter what hot air spews from the mouths of presidential candidates, when they are allowed into the circle, very little changes.

Also, as Paul points out, the release of the memo and Trump’s subsequent approval of FISA show us that both parties know the ever-expanding nefarious and corrupt reach of the surveillance state, but will do anything to keep it going.

Second, the memo shows us that neither Republicans nor Democrats really care that much about surveillance abuse when average Americans are the victims. It is clear that the FISA abuse detailed in the memo was well known to Republicans like House Intelligence Committee Chairman Devin Nunes before the memo was actually released. It was likely also well known by Democrats in the House. But both parties suppressed this evidence of FBI abuse of the FISA process until after the FISA Amendments Act could be re-authorized. They didn’t want Americans to know how corrupt the surveillance system really is and how the US has become far too much like East Germany. That might cause more Americans to call up their Representatives and demand that the FISA mass surveillance amendment be allowed to sunset.

Ironically, Chairman Nunes was the biggest cheerleader for the extension of the FISA Amendments even as he knew how terribly the FISA process had been abused!

The FISA memo also showed us that corrupt politicians on both sides kept the fear mongering about Russia-gate alive in an effort to foster a new cold war with Russia—and it worked.

Finally, hawks on both sides of the aisle in Congress used “Russia-gate” as an excuse to build animosity toward Russia among average Americans. They knew from the classified information that there was no basis for their claims that the Trump Administration was put into office with Moscow’s assistance, but they played along because it served their real goal of keeping the US on war footing and keeping the gravy train rolling.

But don’t worry: the neocons in both parties will soon find another excuse to keep us terrified and ready to flush away a trillion dollars a year on military spending and continue our arguments and new “Cold War” with Russia.

There you have it. In spite of one of the most damning documents proving mass corruption to ever be released to the public, nothing has really changed because—to quote the immortal George Carlin—”It’s a big club and you ain’t in it.”

Paul ended his epic rant with a wonderful bit of advice about this big club: “be skeptical of both parties. With few exceptions they are not protecting liberty but promoting its opposite.”