Prepare For Change
Home Awakening 2018-2028: The Most Dangerous Decade 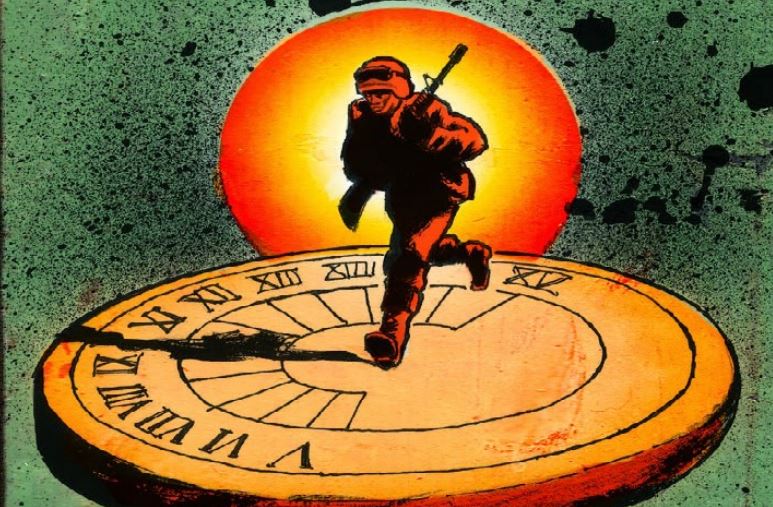 Every 80 years, nations often experience colossal events. There are different theories about this cycle – for example, the Fourth Turning theory focuses on the cyclical strengths of institutions versus individuals. Others surmise that four generations after a major crisis, there are no more older people to warn the society, and the younger people take peace and prosperity for granted.

Well, exactly 80 years ago, America was mired in the Great Depression, and World War II was about to begin. Yet, predictably, most Americans and Europeans now cannot even fathom such scenarios repeating in their lifetime.

There are two major catalysts that can ignite catastrophic wars in the next decade: debt/economic crisis in the West and the great-power rivalries (US + EU versus Russia + China). Geopolitical tensions that are simmering now will reach a crescendo very soon. Without extraordinary caution and prudence, we’re destined to become another victim of history’s inexorable cycle.

How many American politicians and elites can say, “America is the second largest economy in the world”? How will Americans react when they hear it for the first time? There will be shock, anger, denial and a lot of blame and finger-pointing. However, most Americans fail to realize that not only is this scenario almost inevitable, but it will happen within the next 8-10 years.

What does China’s rise mean to Western corporations and the globalists who control them? Loss of power and wealth. And that’s something the globalists aren’t going to just let happen.

Zombie Bear Comes Back to Life

After the fall of the Soviet Union, American intellectuals’ favorite phrase was “the end of history.” And John Bolton famously claimed that there should be only one country in the UN’s Permanent Security Council: USA! America has the won the Cold War and will stay as the hyperpower forever! Everyone will embrace America’s exceptionalism and remain submissive.

Alas, Putin came along and resuscitated the Russian bear that was on life support. He thwarted the globalists in Ukraine and Syria, survived a Wall Street-engineered drop in oil price (from $115 to $45 in mere six months), prevented the collapse of the Russian economy in spite of severe sanctions, shored up enormous gold and foreign exchange reserves, and even managed to develop hypersonic ICBMs that can evade America’s vaunted missile defense systems.

Worse, Putin is working with the Chinese on US-independent versions of the Internet, banking system, credit card system, etc. All these have turned Putin into the globalists’ public enemy #1.

In the 1960s, the CIA came up with all sorts of false flag attacks to blame Russia – killing Cuban refugees in Miami, buying Russian planes to attack US military installations, etc. Now, the Russia hacking/interference claim and the spy-poisoning drama are just the previews; expect much more in the coming months and years.

In the 1990s, Neocons in Israel and the US – remember PNAC? – dreamed of hegemony over the Middle East. Take out Iraq and Iran, the domination is complete. Imagine controlling all that oil and the strategic portions of water through which much of global trade passes.

And if Western firms can construct oil/gas pipelines from the Middle East to Europe, the latter can say, “Nyet” to Russian oil/gas. Without Europe as the customer, Russia will suffer immensely and surrender.

This is why Syria and Iran are so important to all sides of the geopolitical struggle.

With Neocons and pro-Israel warmongers filling up Trump’s cabinet, a war on Iran is more likely than ever before, which will definitely draw Russia, and possibly China, into the conflict.

China’s Achilles’ heel is that it’s surrounded by America’s vassal states – Taiwan, Japan and South Korea for now. The Philippines used to be America’s puppet, but it’s now leaning towards China and Russia, thanks to Duterte. How North Korea will turn out is yet to be seen. India, which was colonized by the British for 200 years, is experiencing amnesia and is quickly ceding its sovereignty to the US.

Japanese elites – under pressure from globalists – are trying to change their constitution so that Japan can build up its military again. This is obviously an ominous sign.

Thus globalists have a lot of options to wage a proxy war on China. Asia has been growing rapidly and enjoying unprecedented prosperity, but there’s a good chance they will screw it up by becoming sacrificial pawns in the geopolitical chessboard.

If the globalists have mighty military and vassal states to impose their hegemony, they have one tremendous weakness: a fake economy based on debt and money-printing. America’s enormous strength is based on the petrodollar – an unfair system that forces other countries to buy oil and other commodities in US dollars. Take that away, the American Empire starts to wobble. Without enormous demand for the US dollar and treasuries, interest rates will go up, debt will become expensive, and interest payments on existing debt will skyrocket.

This is why China, the largest importer of oil, just started oil futures that trade in Yuan. Before the end of the year, China plans to announce systems where one can directly buy and sell oil in Yuan. If China were to get out of the globalist hegemony, there’s no better way than to establish petroyuan, especially if it’s backed by gold.

Thanks to the Deep State and Democrats, US-Russia relations will continue to deteriorate as sanctions pile on. Globalists will also use the anti-Russia hysteria to create an EU army, bolster NATO, and provoke Russia with missile defense systems and military build up on its borders.

The US will continue to build its troops to encircle China, saber rattle in the South China Sea, incite Muslim separatists in Western China (Xinjiang), and try to turn Asian countries against China.

There will also be endless economic, propaganda and hybrid wars against both Russia and China in the coming years.

America is 5% of the world’s population. It cannot expect to rule the other 95% forever. America’s unipolar dominance is a blip in history. We have to learn to coexist with other great powers and focus on creating a peaceful, prosperous world.

Instead, America’s elites are filled with hubris and hegemonic fantasies. Americans – and sadly most Europeans now as well – are ignorant about geopolitics, easily swayed by propaganda, and programmed to accept wild stories without demanding proof or evidence. The combination of ruthless elites and gullible masses is extremely dangerous. Without great restraint, diplomacy, wisdom and compromises, we will be sleepwalking into a nuclear disaster in the next decade.

Chris Kanthan is the author of a new book, Deconstructing the Syrian War. Chris lives in the San Francisco Bay Area, has traveled to 35 countries, and writes about world affairs, politics, economy and health. His other book is Deconstructing Monsanto. Follow him on Twitter: @GMOChannel