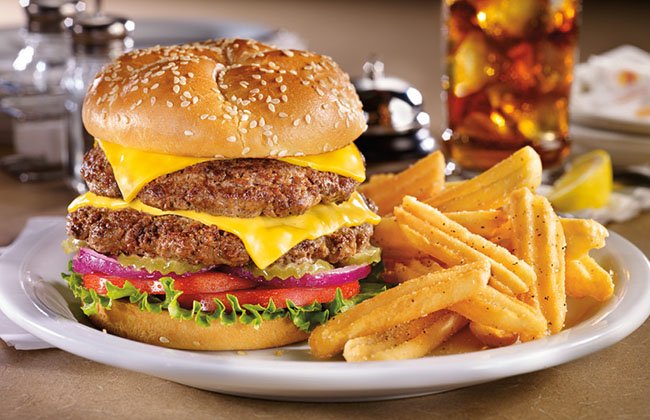 Fast food is unhealthy; it’s loaded with salt, sugar and fat — and a whole lot of calories. It’s often pretty low in essential nutrients, as well. It’s well documented that fast food should be consumed in moderation, if at all. Indeed, most people know that takeaway meals aren’t ideal, but a recent study has shed light on just how bad going to the drive-thru really is for your health.

As it turns out, fast food doesn’t just contribute to inflammation and disease: It can actually provoke lasting (and damaging) changes to your immune system. Eating a diet laden with refined sugars, saturated fat and salt actually promotes the immune system to act as if there is an infection somewhere in the body, according to lead researcher Dr. Eicke Latz. Dr. Latz is the Director of the Institute for Innate Immunity of the University of Bonn.

To conduct their research, Latz and his team fed a group of mice a simulated “Western diet” for a whole month. This means the mice were fed food loaded with sugar, salt and fat — and were given very little fruits or vegetables.

Annette Christ, another study author, commented on their findings. She explained, “The unhealthy diet led to an unexpected increase in the number of certain immune cells in the blood of the mice, especially granulocytes and monocytes.”

“This was an indication for an involvement of immune cell progenitors in the bone marrow,” Christ added.

As Dr. Latz contends, it’s well-known that diet can contribute to inflammation, but his team’s findings regarding the immune system are certainly novel in their own right. In an interview with DW.com, Dr. Latz said that the diet-mediated changes to the immune system exhibited by the mice became noticeable within a matter of days.

“So you can see that the blood cells start to grow in a certain direction, the bone marrow makes more monocytes and neutrophils – immune cells. And you see a lot of cytokines, these are mediators that immune cells make to alert other immune cells that there’s something going on. So it looked like an infection,” Dr. Latz explained.

He noted further that it took a very long time for the rodents’ immune systems to calm down. Even after being off their “Western” food for four weeks, the researchers could still see activated immune cells present in their bodies, waiting for potential triggers.

Dr. Latz noted, “After an infection, the body’s defenses remain in a kind of alarm state, so that they can respond more quickly to a new attack.” It would seem that in the presence of an overly processed and minimally nutritious diet, similar reactions in the immune system occur.

In the fast food nation, it should really come as no surprise that our bodies literally view the consumption of fast food as a precursor to imminent disease: Research has shown that some 45 percent of cardio-metabolic deaths were directly attributed to (you guessed it) poor diet.

But that’s not all: Junk food diets have been linked to a staggering number of early deaths across the board. In late 2017, a shocking study by the Institute of Health Metrics and Evaluation at the University of Washingtonfound that 1-out-of-5 deaths could be attributed to eating a diet bereft of nutrients and loaded with toxic ingredients.

Learn more about what you’re eating (and what to avoid) at Food.news.