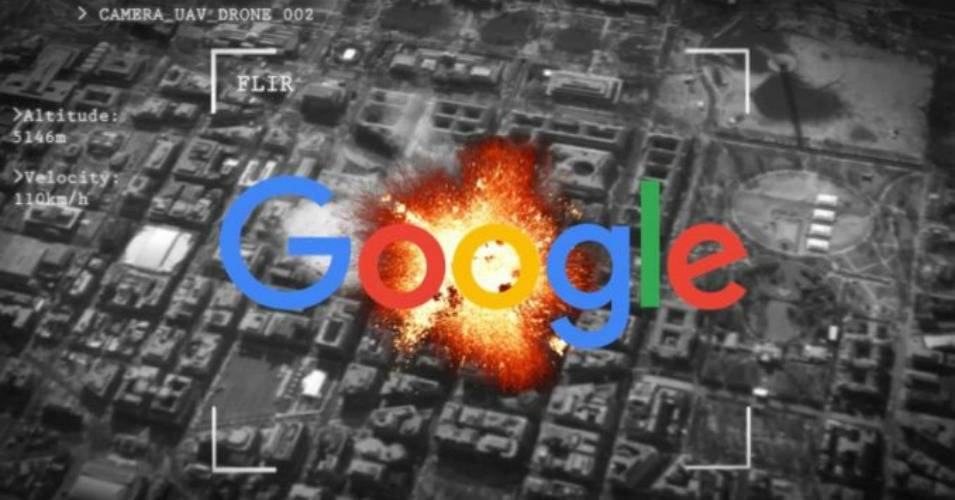 “By entering into this contract, Google will join the ranks of companies like Palantir, Raytheon, and General Dynamics.”

More than 3,000 Google employees have signed a letter that’s circulating in the company demanding that the tech giant end its involvement in Project Maven, a Pentagon program that could be used to develop drone technology.

The project, the workers argue, runs counter to the company’s stated mission and motto.

“By entering into this contract, Google will join the ranks of companies like Palantir, Raytheon, and General Dynamics,” wrote the employees, who include senior engineers. “The argument that other firms, like Microsoft and Amazon, are also participating doesn’t make this any less risky for Google. Google’s unique history, its motto ‘Don’t Be Evil,’ and its direct reach into the lives of billions of users set it apart.”

“We believe that Google should not be in the business of war…Building this technology to assist the U.S. Government in military surveillance—and potentially lethal outcomes—is not acceptable.” —Google employees

The letter (pdf) comes weeks after reports surfaced that Google was implementing Project Maven, an artificial intelligence surveillance tool, to interpret video imagery—likely in order to improve the targeting of drone strikes. Some Google employees condemned the company’s involvement in a recent company-wide meeting, before circulating the letter, according to the New York Times.

“We believe that Google should not be in the business of war,” wrote the employees. “Therefore we ask that Project Maven be canceled, and that Google draft, publicize, and enforce a clear policy stating that neither Google nor its contractors will ever build warfare technology.”

Google has said the technology it’s developing is “non-offensive,” while former chief executive Eric Schmidt, who still sits on the board of Google parent company as well as the Pentagon advisory board, claimed in November that the military would use artificial intelligence like Project Maven “to help keep the country safe.”

The Google employees issued a clear rejection of Schmidt’s suggestion, writing, “This contract puts Google’s reputation at risk and stands in direct opposition to our core values. Building this technology to assist the U.S. government in military surveillance—and potentially lethal outcomes—is not acceptable.”