Prepare For Change
Home Awakening The US Military is Destroying the Planet but No One is Talking... 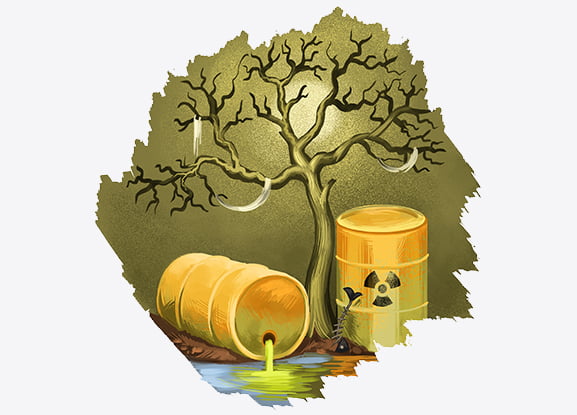 Not just within the United States but around the world, the U.S. military has contaminated thousands of sites, poisoned water supplies and made massive swaths of land entirely unlivable. However, despite its massive budget – which sits at around $700 billion this year – the U.S. military makes no effort to clean up its mess or compensate the many victims of its toxic legacy including military serviceman.

Even though the military’s role in polluting sites worldwide is a known fact, such events rarely receive coverage in the mainstream media. For instance, the significant spill of 94,000 gallons of jet fuel at a Naval station in Virginia Beach last year was largely unheard of outside of the local newspaper. However, even less known is the fact that the U.S. military produces more hazardous waste than the five largest U.S. chemical companies combined and has left its mark in the form of toxic substances like depleted uranium, oil, jet fuel, pesticides, defoliants like Agent Orange and lead, among others.

U.S. military bases, both domestic and foreign, consistently rank among some of the most polluted places in the world, as perchlorate and other components of jet and rocket fuel contaminate sources of drinking water, aquifers, and soil. Hundreds of military bases can be found on the Environmental Protection Agency’s list of Superfund sites, which qualify for clean-up grants from the government. The former head of the Pentagon’s environmental program told Newsweek in 2014 that her office has to contend with 39,000 contaminated areas spread across 19 million acres just in the U.S. alone.

One of those still contaminated (and still functioning) military bases is Camp Lejuene in Jacksonville, North Carolina, where contamination became widespread and even deadly after its groundwater was polluted with a sizable amount of carcinogens from 1953 to 1987. it was not until last February that the government allowed those exposed to chemicals at Lejeune to make official compensation claims. Numerous bases abroad have also contaminated local drinking water supplies, most famously the Kadena Air Force Base in Okinawa.

Beyond the U.S., the country’s wars abroad have left their mark by, in some cases, totally destroying the environment of entire countries. In Iraq’s case, U.S. military action there has resulted in the desertification of 90 percent of Iraqi territory, crippling the country’s agricultural industry and forcing it to import more than 80 percent of its food. The U.S.’ use of depleted uranium in Iraq during the Gulf War also caused a massive environmental burden for Iraqis. In addition, the U.S. military’s policy of using open-air burn pits to dispose of waste from the 2003 invasion has caused a surge in cancer among U.S. servicemen and Iraqi civilians alike.