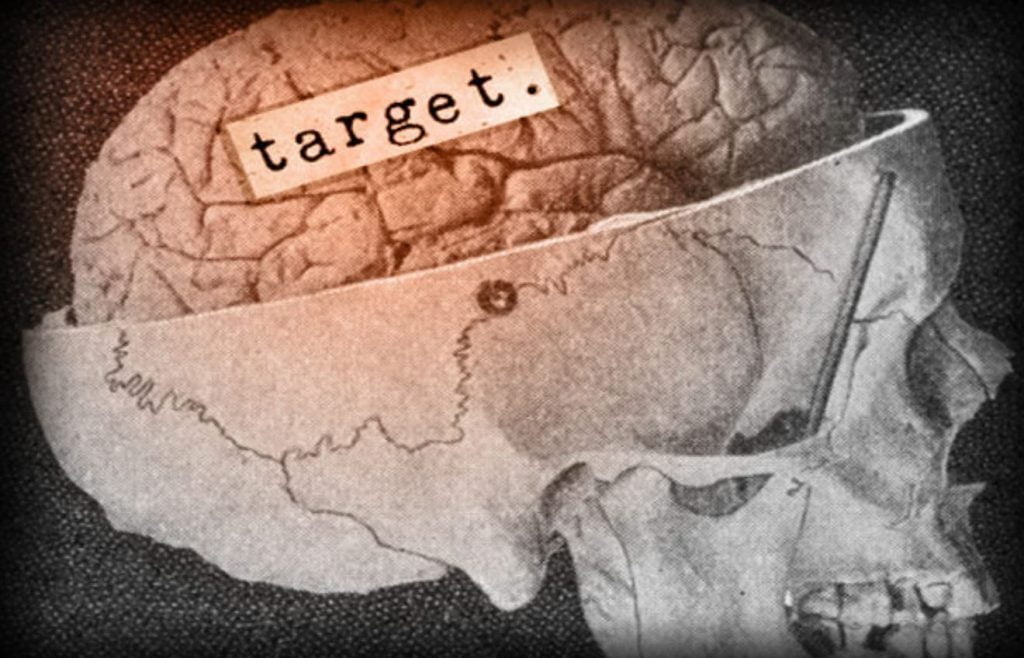 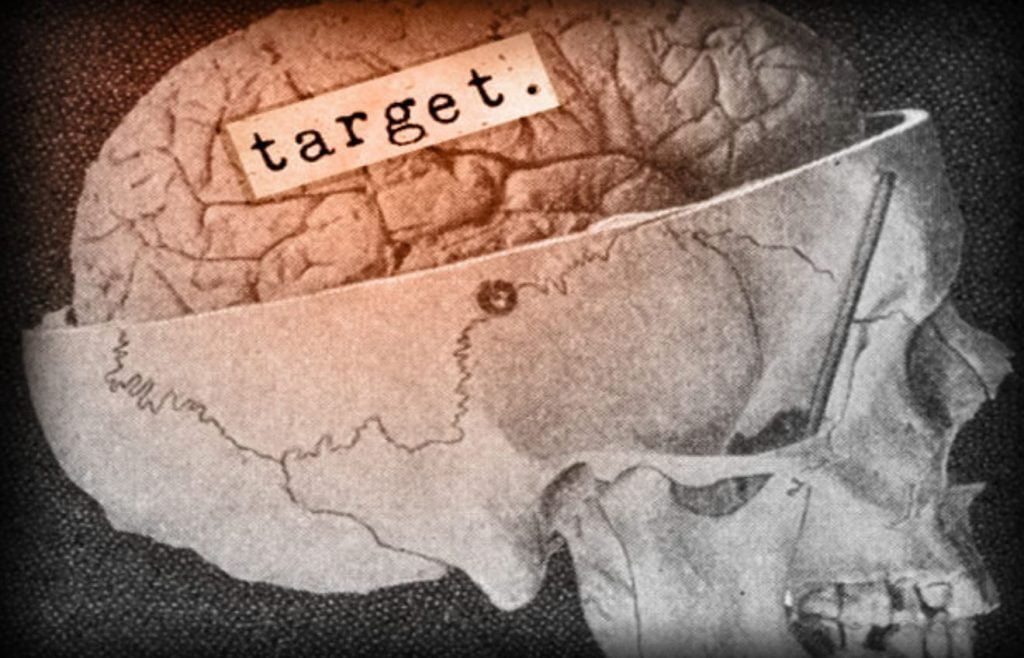 “Planners intent on deploying mind control follow a pattern. They claim they’re curing brain disorders. They’re doing valuable work. They’re only focusing on a tiny percentage of the population. But then, as you dig deeper, you discover they’re really talking about all human beings, who are, unfortunately, wired in the wrong way and can’t ascend to the next level of societal evolution. Therefore, ‘brain science’ has to engage in a wholesale program to retrofit the human species.” (The Underground, Jon Rappoport)

A January 2018 National Geographic article runs a bold headline: THE SCIENCE OF GOOD AND EVIL.

The lead sentence carries considerable freight: “Researchers have found that the way our brains are wired can affect how much empathy we feel toward others—a key measuring stick of good and evil.”

Good and evil—suddenly transferred to the realm of science.

In the aftermath of mass shootings, it’s about guns. But hidden in the background is the notion that the bigger target is the brain.

Read this carefully from the National Geographic piece: “…in recent decades researchers have made significant advances toward understanding THE SCIENCE OF WHAT DRIVES GOOD AND EVIL. Both seem to be linked to a key emotional trait: empathy, which is AN INTRINSIC ABILITY OF THE BRAIN to experience how another person is feeling. Researchers have found that empathy is the kindling that fires compassion in our hearts, impelling us to help others in distress. Studies also have traced violent, psychopathic, and antisocial behaviors to a lack of empathy, which appears to stem from IMPAIRED NEURAL CIRCUITS…” (Emphasis is mine).

An unproven hypothesis emerges: brain deficits account for the majority of EVIL.

Fixing the brain is the answer, of course. How much do you trust medical authorities and societal planners to carry out that task? I’m not only talking about massive incompetence—I’m talking about their desire to go overboard and opt for a wide-ranging reconstruction of human beings.

In order to make humans good.

In order to make them empathetic.

In order to make them endless altruists.

In order to eradicate the notion that Self is a prime value.

We’re looking at an overreaching overhaul of the human personality.

“Don’t think about yourself. Think only about what others need.”

Infamous Yale mind-control researcher, Jose Delgado, spelled out the position in a 1965 interview with the New York Times: “The individual may think that the most important reality is his own existence, but this is only his personal point of view. This lacks historical perspective. Man does not have the right to develop his own mind…We must electronically control the brain…”

This radical refit is justified on the basis of “science”; and of course, the public has been tuned up to believe you mustn’t doubt science.

The National Geographic article quotes a 2011 published journal paper: “…the psychopath must think about right and wrong while the rest of us feel it.”

What? Really? Thinking is bad? The myriad philosophers over the ages who have written about good and evil instead needed to just FEEL? The men who framed the Constitution, instead of contemplating arbitrary power and limiting it, because it is evil, should merely have written a brief exhortation to FEEL empathy for others and then walked away from their work?

Hopefully, you see where this is going. Organized globalists are selling altruism like hotcakes, and they’re using brain research to justify it.

And they’re intent on rewiring brains to force it.

They’re not only focused on violent psychopaths. They’re focused on the human race.

They pretend that the independent individual is too close to the edge of psychopathy. Therefore—experiment on the brain until he is radically diminished and weakened, and becomes a card-carrying member of the share-and-care “human community.”

On that day, all will be well.

In his 1962 novel, A Clockwork Orange, Anthony Burgess wrote about this transformation: “Padre, these are subtleties. We’re not concerned with motives, with the higher ethics. We are concerned only with cutting down crime—and…with relieving the ghastly congestion in our prisons. He [the violent psychopath] will [after “adjustment”] be your true Christian: ready to turn the other cheek, ready to be crucified rather than crucify, sick to the very heart at the thought even of killing a fly! Reclamation! Joy before the angels of God! The point is that it [a brainwashing technique] works…The common people will let it go. Oh yes, they’ll sell liberty for a quieter life. That is why they must be led, sir, driven, pushed!”

Unfortunately, many people can’t distinguish between a person choosing to be good and being forced to be “good” through repellent methods of mind control. Only the appearance of an effect is important: “He is behaving. That’s fine. He’s acceptable.”

“Well, we had to rewire his brain in order to achieve this result.”

And then, one day in the future, that smug and comfortable person is told he, too, has a problem which must be fixed. For the greater good.

Suddenly, as a doctor hovers over him, he changes his mind about a wholesale program to cure civilization.

I’ll leave you with this quote from Andrew W. Saul, a nutritionist who has had much experience working in prisons. The Chicago Tribune published his op-ed piece on December 21, 2017.

“Fifteen years ago, the BBC reported that a double-blind, placebo-controlled study found that adding vitamins [and essential fatty acids] to the diets of inmates at a maximum-security institution cut offenses by 25 percent. The greatest reduction was for serious offenses, including violence, which fell by 40 percent. There was no such reduction for those on placebos. The study’s researchers claim that improving diets could be a cost-effective way of reducing crime in communities and also reducing the prison population. To quote lead study author Bernard Gesch, ‘The improvement was huge’.” [See (2002) British Journal of Psychiatry 181 22-8. The study reports a 35.1 percent “reduction of offences,” compared with baseline numbers, after prisoners took supplements for just two weeks.]

Somehow, those vitamins worked around the claim that the prisoners had defective brains, which predisposed them to EVIL, and impaired neural circuits, which blocked their empathetic responses.

But mainstream researchers aren’t interested in the slightest. They want to force brains into new shapes.

On behalf of planners of a new world.

The author of three explosive collections, THE MATRIX REVEALED, EXIT FROM THE MATRIX, and POWER OUTSIDE THE MATRIX