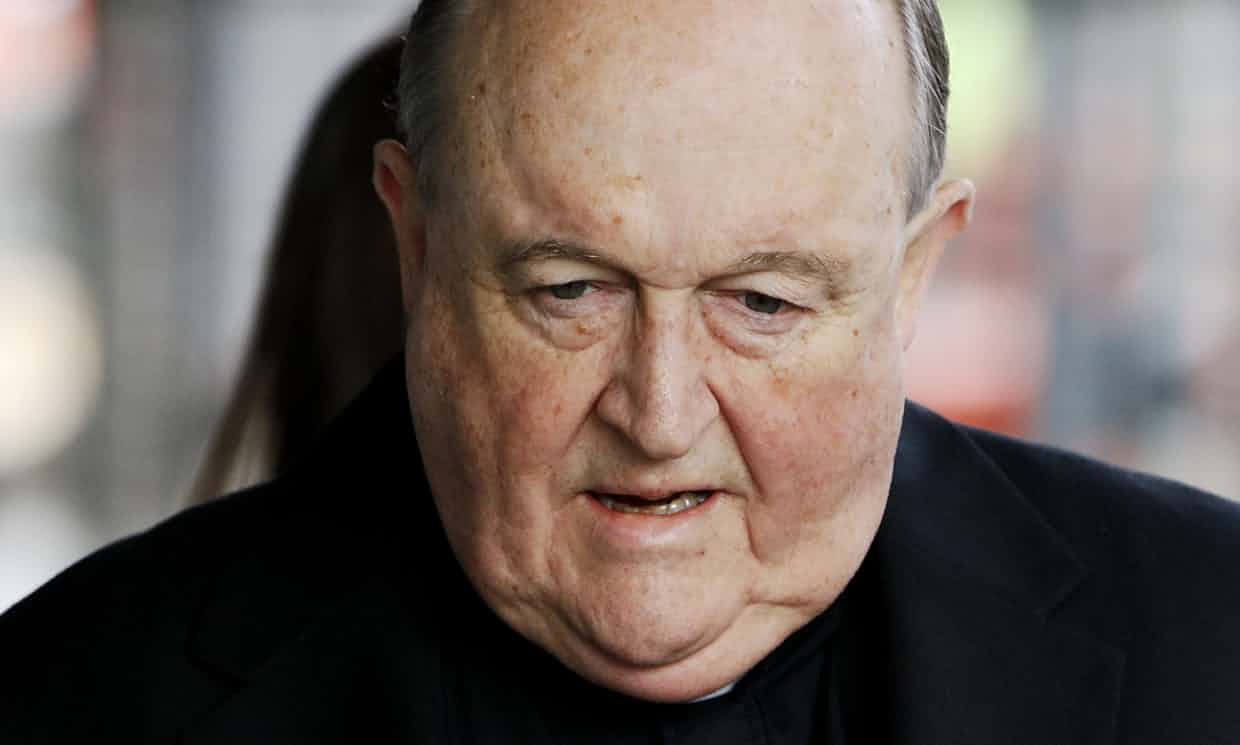 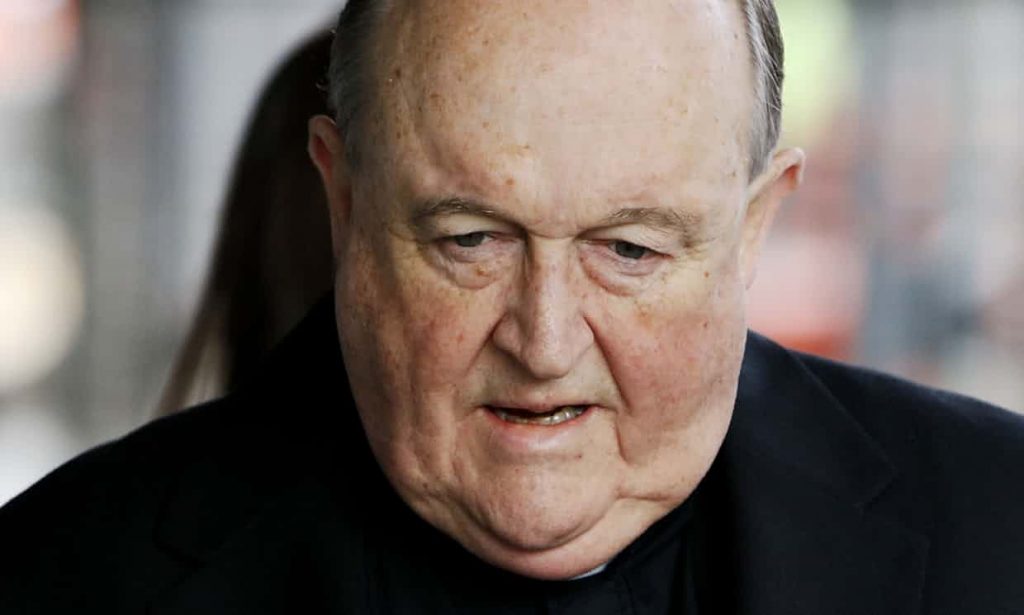 The Adelaide archbishop Philip Wilson has been found guilty of concealing child sexual abuse during the 1970s in the Hunter region of New South Wales.The magistrate Robert Stone handed down the verdict in Newcastle local court on Tuesday after a magistrate-only trial. Wilson faces a maximum two years in prison.The prosecutor, Gareth Harrison, told the court the 67-year-old had to be jailed for what he had done to deter others from trying to protect the Catholic church from abuse allegations.

The clergyman is the most senior Catholic official in the world to be charged and convicted of the offence.

In a brief statement, Wilson said he would consider the reasons for the magistrate’s ruling.

“I am obviously disappointed at the decision published today,” he said. “I will now have to consider the reasons and consult closely with my lawyers to determine the next steps.”

Wilson was accused of covering up the abuse of four boys by the paedophile priest James Fletcher during the 1970s.

A former NSW police detective chief inspector, Peter Fox, who had previously alleged that the church covered up Fletcher’s offending, said he was “delighted” by the court’s decision because someone within the church was being held to account.

“It’s a major turning point,” he said. “It’s been very difficult for so many of these witnesses; I can’t tell you how difficult it’s been. I am confident this will make waves in the Vatican.”

The former police officer, who was with the abuse survivors and their families when the verdict was handed down, said: “Their stomachs have been churning.”

Fox said the abuse of one survivor could have been entirely prevented had Wilson taken action when he was told of Fletcher’s abuse of then altar boy Peter Creigh, who gave evidence at the trial.

Outside court, Creigh told reporters that the magistrate’s decision gave him “a huge sense of relief” on a “very significant day for all victims and their families”.

He said he hoped the decision would “unravel the hypocrisy, deceit and abuse of power and trust” displayed by the Catholic church.

Wilson has been diagnosed with the early stages of Alzheimer’s disease and claimed to have no memory of a 1976 conversation he had with Creigh.

His legal team had tried four times to have the case thrown out, including on grounds of his Alzheimer’s, even though he maintained that the impairment was not severe enough to stand down from his job.

The defence argued that Wilson was not guilty because there was no evidence to prove that he had been told about the abuse, believed it was true or remembered being told about it.

Fletcher was found guilty in December 2004 of nine counts of child sexual abuse and died in jail of a stroke in January 2006.

Witnesses said they had told Wilson of the abuse but he had failed to follow up their complaints. One witness, now in his 50s, said Wilson had told him the abuse claims were lies because Fletcher “was a good bloke”.

Wilson had worked with Fletcher and lived with him for a short period of time but denied they were friends.

“The likelihood of two young boys individually telling the accused [Wilson] of acts of sexual misconduct by another priest who the accused knows … are matters I am very confident would be remembered for a very long time,” the magistrate said.

“You have to ask why the accused did not do what he himself says he would do now [go to the police] in the same situation. The answer I believe relates to the accused having a sense of knowing what he was hearing was a creditable allegation.

“In addition, the accused wanted to protect the church and its image.”

A clergy abuse survivor, Nicky Davis, said it was a good day for survivors. “To see this one go all the way is amazing,” she said.

Clare Leaney, the executive manager at the victim support group In Good Faith Foundation, said it was promising to see the law apply regardless of rank.

“I think that gives survivors a lot of hope,” Leaney said. “Obviously we’d like to see similar occurrences across Australia.”

Archbishop Mark Coleridge, who heads the Australian Catholic bishop’s conference, said it was not yet clear whether Wilson would appeal the verdict.

Coleridge said the Catholic church had learned a great deal about child sexual abuse and had implemented stronger programs and safeguards to protect children and vulnerable adults.

Sentencing is set to begin on 19 June.