Prepare For Change
Home Awakening Why Do The Elites Participate In Child Sacrifice At Bohemian Grove? 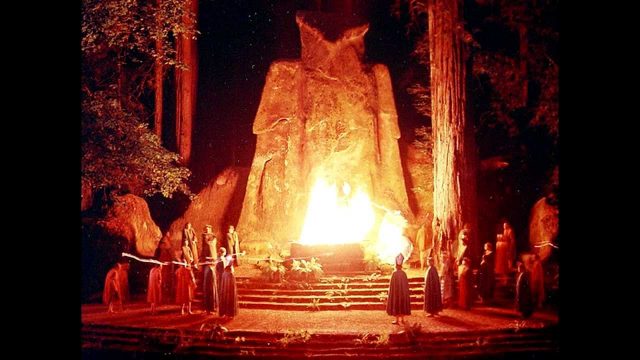 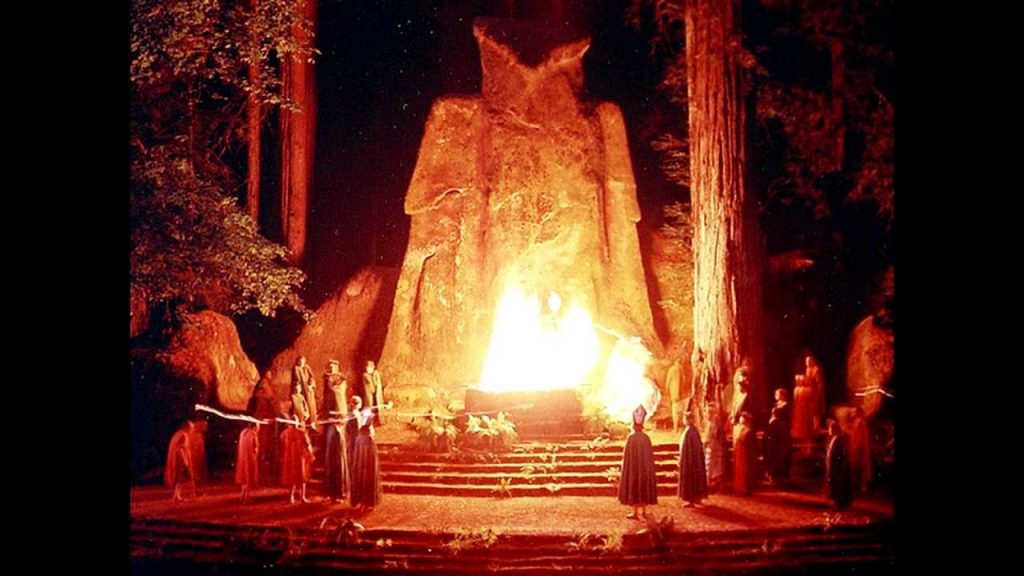 The complex, behind-the-scenes story of what is going on in the dark sanctuaries of world power is coming into view, piece by piece. A lot is still hidden, but that has as much to do with our collective reluctance to truly confront the darkness as anything else. Evidence and information about our world’s elite continue to mount, thanks to the testimonies of brave whistleblowers and the work of courageous investigators, that we are fundamentally dealing with people who have lost all strands of their moral fiber, and who commit unthinkable acts of depravity and inhumanity that somehow serve to solidify their hold on power, wealth, and worldly pleasure.

As we continue to acclimatize ourselves to the fundamental character of our world’s financial and political elite, it becomes very important for us to suspend our outrage and incredulity for a moment, in order to singularly focus our minds on an understanding about how our human brethren could have chosen to walk so far astray down a path of moral degeneracy.

At the very top levels of planetary control there appears to be a secret group or secret society, call them the Illuminati, cabal or whatever you wish. One of the fundamental strengths of this group seems to be their ability to entice people who have risen to positions of power to join the secretive fray, at least at some level. They are expert at appealing to the drives and vicissitudes of the human ego, and with unlimited resources at their disposal, only the strongest and most grounded are able to resist their deftly delivered promises of worldly pleasure and, subsequently, threats of pain.

The inner circle of this group radiates outward from core members to new initiates; the farther from the inner circle, the less that is revealed. New initiation into the group seems to be based on the invitation from friends and colleagues who are already involved; rarely if ever does a person step into this world without the assuring hand of a trusted friend leading him to the outer circle; once there, the initiate’s behavior is carefully and secretly observed by members in the know; if the opportunity presents itself, that initiate is provided with an opportunity to take a step inward, either by a direct invitation or the unfolding of a situation in which the initiate may be revealed to have compromising ego-driven desires.

There is likely no direct coercion, but rather subtle forms of persuasion, as it remains important that a person makes a ‘choice’ by free will, which then ‘defines’ that person in their own mind. This way, the person identifies with their own behavior and choices, and may therefore be more inclined to continue moving deeper in. Let us take a look at one famous ‘vehicle’ that promotes movement towards the inner circle: Bohemian Grove.

Every year, the top movers and shakers of the world–male only–are invited to an exclusive weeks-long vacation in July at Bohemian Grove, a restricted 2,700-acre campground located in Monte Rio, California. The blueprint is tried-and-true: many or most high-profile celebrities, politicians and businessmen are attracted to rich surroundings, indulgence of the senses, and the lure of being part of an ‘exclusive’ club that holds a secret mystique that will always remain hidden from ‘ordinary people.’ This event is ‘by invitation only’, with members having the opportunity to invite guests. One thing that is made clear to all who are invited, though. What happens at Bohemian Grove stays at Bohemian Grove. At the entrance, guests are met with a plaque displaying an owl and the words ‘Weaving Spiders Come Not here.’

The words hearken back to Walter Scott’s famous line. ‘O, what a tangled web we weave when first we practise to deceive!’ It is as if they are warning people about being deceitful, posing as vacationers but really there to observe and report back findings. Such deceivers, the owl seems to a warning, they may end up tangled in their own web–or worse.

The Cremation Of Care

The heavy security at Bohemian Grove and rough treatment that some journalists and other transgressors have reported speaks to the notion that indeed, there are likely nefarious activities that go on there, many in extreme secrecy. However, the one I’d like to concentrate is the well-known child-sacrifice drama usually played out on the first day of the event entitled ‘The Cremation of Care,’ where a (supposedly) mock child-sacrifice ritual is played out. Here’s how Wikipedia describes it:

The ceremony involves the poling across a lake of a small boat containing an effigy of Care (called “Dull Care”). Dark, hooded figures receive from the ferryman the effigy which is placed on an altar, and, at the end of the ceremony, set on fire. This “cremation” symbolizes that members are banishing the “dull cares” of conscience.[14] At the time the script was developed, the primary meaning of the word ‘care‘ (< O.E. cearu, “anxiety, anguish”) was synonymous with ‘worry’, having more negative connotations than in modern times when it tends to be associated more positively with compassion.[15] The ceremony takes place in front of the Owl Shrine, a 40-foot (12 m) hollow owl statue made of concrete over steel supports. The moss- and lichen-covered statue simulates a natural rock formation, yet holds electrical and audio equipment within it. During the ceremony, a recording is used as the voice of The Owl.

Here is a video excerpt from Alex Jones’ documentary “Dark Secrets: Inside Bohemian Grove” with footage of the actual ceremony:

It seems as though many of the members and guests at Bohemian Grove go there for a relaxing, kick-back male bonding time. There are occasions of serious discussions and presentations of business and political matters, but otherwise, the order of the day appears to be drinking, tomfoolery, and sensual pleasures.

But whether they are aware of it or not, participants are slowly being inculcated into a mindset in which all ‘care’ and concern for other human beings is lost, in favor of a wholly service-to-self mentality as well as an “us and them” allegiance to those who think the same way. One’s sense of well-being goes from a deep underlying connectedness with others that informs a healthy conscience, into a disconnected sense of self-importance, a belief in the value one’s own fulfillment at the expense of others, and a complete loss of conscience.

The notion that the use of the word ‘care’ was originally used to connote anxiety/anguish/worry (about worldly affairs) is an obvious contradiction. One overcomes worldly worries and concerns by abandoning the material in favor of the spiritual: love, family, respect for all of life. Here, clearly, it is not from worldly cares that one is being relieved, but rather from one’s own humanity.

The Impact Of Such Ritual

By all accounts, witnessing a body being burned in sacrifice can lead to a disassociation from one’s own sense of compassion and decency. Whether it is a symbolic sacrifice or an actual one, the difference in impact only lies in the degree. If the organizers decided at some point to make the now well-known ‘Cremation of Care’ ceremony a mock sacrifice, it is only because they wanted to now use it to provide an ‘appearance’ that nothing criminal was going on there.

In reality, it is likely that any and all acts of human depravity and inhumanity are made available to those who show a willingness and a readiness for such experiences. People who already have an inclination towards valuing worldly success above all else are more easily led down this path. While some probably dislike the need to participate in and witness inhumane acts, likely there are others with sociopathic tendencies that participate eagerly as they gravitate into the inner circle.

Hard-core members ‘have each other’s back’ out in the public domain by supporting each other in worldly pursuits of power and riches, while creating a cult of shared condoning of acts of violence and treachery that directly contributes to the fulfillment of their worldly ambitions. As we are slowly finding out, this is the environment at the highest reaches of power in the world today, where the long-held agenda is depopulation of the planet to a size that is manageable for the centralized enslavement of the remaining inhabitants of the planet.

What We Can Do

I am speaking here about things going on in the world I would never have believed possible only a few years ago. In the pursuit of truth and knowledge about how the world works and why it is in the state it is in, I have stumbled upon one piece of information after another that continues to refine my understanding about the fundamental evil and depravity that exists at the highest reaches of power.

With that understanding, I do not feel fearful–I feel empowered. I am empowered by the knowledge that I live in a benevolent universe, yet one in which unthinkably inhumane acts are perpetrated in order to hone our collective discernment and spark our shared desire to create a planet of our own free and intentional choosing, founded on harmony, respect, and love for all of life.

Our job is not to fight fire with fire; rather we are called to have the courage to be aware of what is going on and look at it with eyes wide open, not to fulfill a perverse and short-lived curiosity, but for our empowerment and more comprehensive understanding about life. For having understood what is real and true underneath the veils of darkness, and why such things have been permitted to occur on our planet, we can then support one another to collectively move away from the lure of extreme worldly power and wealth and relegate that entire control system to the dustbin of our history.