Prepare For Change
Home Awakening ‘MSM wants us to cast Russia as an enemy & it’s wrong’... 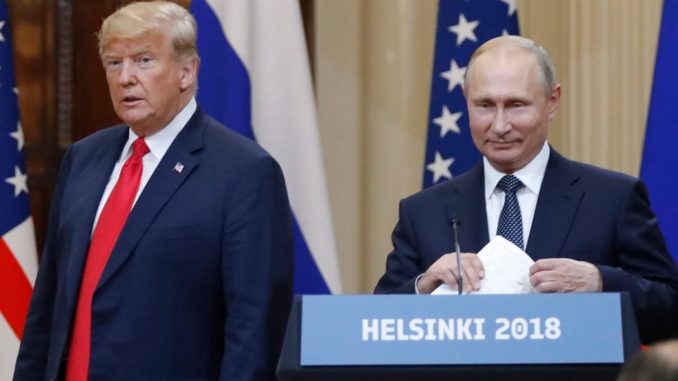 The meeting between Donald Trump and Vladimir Putin is a “step in the right direction,” former US Senator Ron Paul told RT, while also addressing the “propaganda” notion that the US must have an enemy in Russia.

“I was very pleased with what went on today,” Paul said. He added that if the two leaders ever had a serious discussion, “I guess it would come out on how much we’ve been involved when we shouldn’t be involved, for instance in Ukraine, and how that occurred.”

“But if they don’t want to concentrate on those problems and they want to look forward I think that is great… I think the next best step ever would be for us to reassess this and say that Trump’s going in the right direction and talk him into getting rid of the sanctions on Russia.”

Paul also addressed the US media, calling it a “big problem” because “they’re almost unanimously endorsing the idea that we have to have an enemy, and at this point – especially for the last 20 years – they’ve been working very hard to make Russia the enemy, and I think this is wrong.”

When asked by RT why the US media already seems angry about the meeting between the two presidents, he said: “It’s hard to say, but we usually describe that there is a secret government that likes to control things and most people know what we talk about when we talk about the ‘deep state.’ And they do have a lot of clout, they are very much involved in the media and the leadership of both parties, so both parties and the media are very, very, annoyed with Trump [being so] independent.”

Paul also addressed the recent indictment of 12 Russian individuals by Special Counsel Robert Mueller, saying there is “an argument why Russia is an enemy and we have to quit talking to them and I think it’s just a propaganda stunt and I think those indictments were more about propaganda than seeking justice.”

The retired Libertarian senator’s comments came just after Trump and Putin met in Helsinki, holding a joint press conference in which they once again reiterated that no meddling or collusion had taken place during the 2016 presidential election.