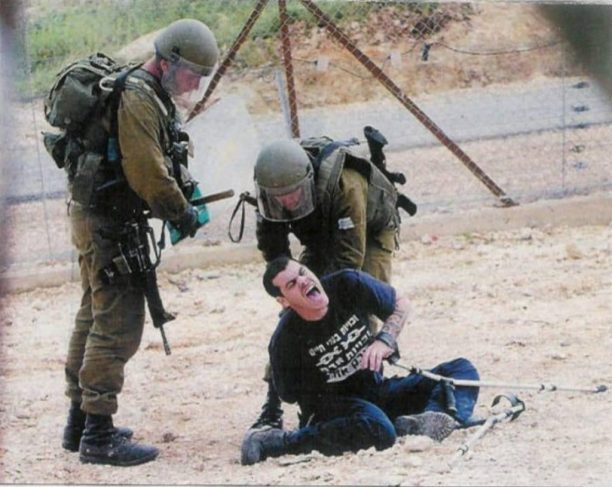 Finally, Israel has officially dismantled the charade of “the only democracy in the Middle East”, and exposed its true face as the ultimate racist apartheid colonial state by issuing its new law: Jewish Nation-State Law. 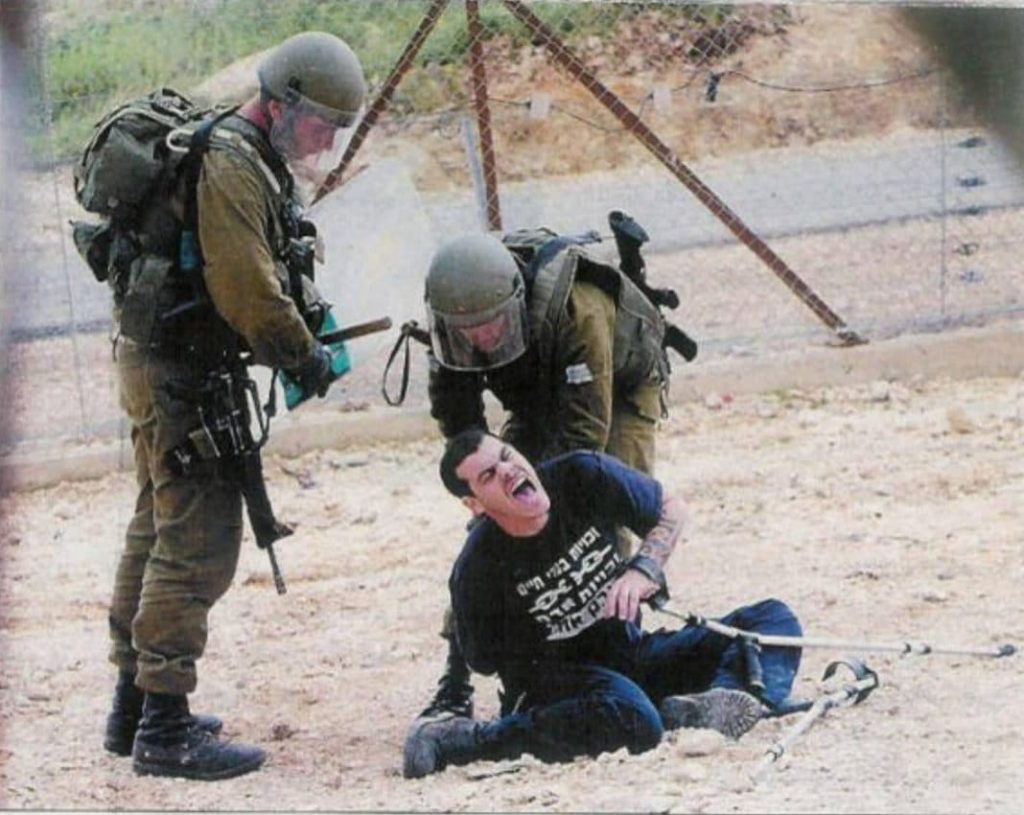 After 70 years of Israeli colonization of Palestine and discrimination against the Palestinians treating them as subhuman goyims, Israelis; the racist self-proclaimed holy people, light on all nations, and chosen by a racist god, have just crowned their racist ideology with a new law; Jewish Nation-State Law, that was passed last Thursday night of July 19th.

This law defines the Zionist Israeli colony in Palestine as a state that belongs exclusively to the “Jewish people”. It totally disregards and cancels the citizenship of the indigenous Palestinians numbering more than 50% of all the recent population and whose roots in the land go back thousands of years in history even before the alleged existence of ancient Israel.

This law considers the “land of Israel” (all historical Palestine) as the historical homeland of the Jewish people, where they can fulfill their alleged cultural, religious and historical right to self-determination that is unique and exclusive to the Jewish people. It stipulates that al-Quds (known as Jerusalem), complete and united, as the capital of Israel.

It grants automatic citizenship to world Jewry and encourages all Jews, and only Jews, to immigrate to Israel. To accommodate these new immigrants this law views the expansion and development of new Jewish settlements (colonies) as a national value. To make this Jewish Zionist Israel more unique and more exclusive than the rest of the world this law paints it with Hebrew language and Hebrew calendar as the official language and calendar of the state.

All these privileges for the Jews come on the expense and nullification of the rights of the indigenous Palestinians. This law violates international laws, UN resolutions, peace process and political agreements, and most importantly human morality. It totally negates the existence of Palestinians; the rightful owners of the land.

It cancels the right of Palestinian refugees to return to their own homes and towns as guaranteed by international laws. It negates their history, their language, their culture, their religion and their humanity. What is most dangerous is that it paves the way for more ethnic cleansing of Palestinians and more theft of their land to build more Jewish colonies.

In short, this law is a flagrant discrimination against Palestinians. This Jewish discrimination has a long history that started 100 years ago and gradually grew in intensity until it culminated with this Jewish National-State Law. Israel does not allow Palestinians to buy or rent any land because the Israeli government claims the whole Palestine as Jewish owned granted by divine land deed. Palestinian towns are considered contaminants on sacred Jewish land that need to be extricated.

Israel has finally admitted what all the world has known since the beginning of its illegal colonial establishment as the ultimate racist apartheid in the whole world. Israel is a colonial project based fundamentally on the racist religious faith of Judaism with a genocidal real estate racist god, who favors one alleged nation over the rest of his creations to be the light on nations and assigns them a promised piece of land as a homeland.

Let us remember that Judaism is a religion not a nationality, and that “Jewish people” is just a religious farce, for modern Jews came from different nationalities, and Israeli Jews are Jews, who adopted the Zionist colonial ideology.

The region does have some Arab democratic regimes such as that of Lebanon, Syria, Iraq, and Egypt where government is elected in as a democratic fashion as the American elections. Unlike Israel that considers itself Jewish only, these Arab countries have citizens who are members of different religions and creeds and are from different ethnicities.

This Israeli law embodies the ugliest form of racism far worse than the Nazi’s motto of “Deutchland über alles” (Germany above all). Jews claim to be the victims of Nazi racism and hatred, yet they are the ultimate racists and haters of all goyims without any exception. An examining look at the Judaic holy books exposes their ugly racist character. Racism and hatred are not the exception in Israel but are the social and religious norm.

Racism is the most fundamental building block of Judaism/Zionism/Israel and is an intrinsic characteristic of the Zionist colony so much so that Zionist Jews do not just discriminate against all goyims; non-Jews, but they also discriminate against different factions of Jews among themselves, and segregate each faction from the others; Ashkenazim, Haredim, Sephardim, Mizrahim, and black African Jews, Oriental Jews, Russian Jews European and American Jews.

This intra-racism is not restricted to individual Jews, Jewish gangs, or certain Jewish Israeli neighborhoods or cities, but it is also a governmental policy adopted by governmental as well as civil and private institutions.

The well-publicized cases of forcibly injecting Jewish African immigrant women with birth control on their first entry to the state, building walls isolating Ethiopian communities from white communities, the dumping in trash of donated black Jewish blood believing it is religiously unfit for white Jews, the theft of thousands of African Jewish new-born babies  from their newly immigrated mothers claiming them as born dead while giving them to white Jewish families, among other similar cases of extreme intra-racism and discrimination are examples of racist policies perpetrated by the Zionist governments.

This racism and segregation breed hatred and violence that is encouraged in the Israeli educational system since kindergarten classes. Students are taught that the Jewish race is a special race, a holy race, light upon all nations; god’s chosen people, while the Others are defiled races, who contaminate this world and needs to be eliminated (destroyed) as one of the prerequisites for the Jewish Messiah to come down to earth. Israel’s god is a genocidal god, thus there is no wonder that present day Israel is also genocidal. Their history reveals this undeniable fact.

This racist apartheid law is the major premise in the Zionist colonial ideology. The Israelis did not dare to declare it in the past for fear of global reprimand. But now with the American support at its zenith with Trump’s administration declaring al-Quds (Jerusalem) as the Israeli capital, and with the timid objections from global communities, who seem to be unwilling to hold Israel responsible for its many crimes, Israeli leaders are emboldened to despise all international laws and to pursue their brutal racist colonial project of Greater Israel in the Middle East.

It is still not clear to many nations and their political leaders that the ultimate goal of this Greater Israel Project is not just to colonize and control only Palestine, but also the whole Middle Eastern region as its second phase, and finally the whole world as its ultimate goal. If we don’t put a stop to this satanic scheme now all our future children would become slaves for this racist terrorist state in the future.

About Author:  Dr. Elias Akleh is an Arab writer from a Palestinian descent, born in the town of Beit-Jala and lives in the US.