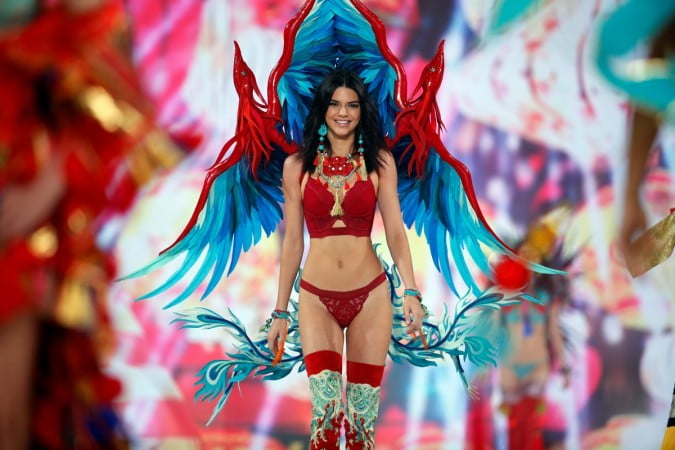 The line-up for Victoria’s Secret annual fashion show has been announced. While Gigi and Bella Hadid return to the stage, VS has cut off Kendall Jenner’s wings.

The fashion world is gearing up for the biggest fashion event of the year – Victoria’s Secret Fashion Show. The lingerie brand have shortlisted the models who will walk the ramp this year and have handed out their wings. While model-sisters Gigi and Bella Hadid have reclaimed their wings and are preparing to return to the stage, the organisers have dropped Kendall Jenner from this year’s line up.

The 21-year-old, who has been a part of the prestigious fashion event for two years now, will not return this year and the news has left the Kardashian family member disappointed. Reports suggest that Jenner is so mad with the brand that she is going about dissing and name-calling them.

A website named News Punch claimed that Jenner was overheard telling friends that she was not added to this year’s show because she told the brand’s bosses that she doesn’t worship Satan, indirectly hinting them as illuminati.

The website in question also quotes the model saying that Victoria’s Secret’s models are “Illuminati prostitutes” who are “degraded on a daily basis by the worst kind of guys – followers of Satan.”

Apparently Jenner added, “You wouldn’t believe what these girls are forced to go through. They tried to lure me into the cult but I had to take a step back to hold onto my soul. [Victoria’s Secret’s models have] made a pact with Satan to get where they are. These girls have really bad mental health issues. They are beaten and sexually tortured, and regularly drugged so that they fall unconscious and their owners can do what they like with them.”

While these statements are shocking, Gossip Cop’s sources claim that they aren’t true. The website also reveals that Jenner’s absence from 2017 Victoria’s Secret Fashion Show is due to a deal she signed with lingerie giant La Perla.

The fashion show will take place in Shanghai this year on November 28. The artists performing at the show will be announced by the end of the month.